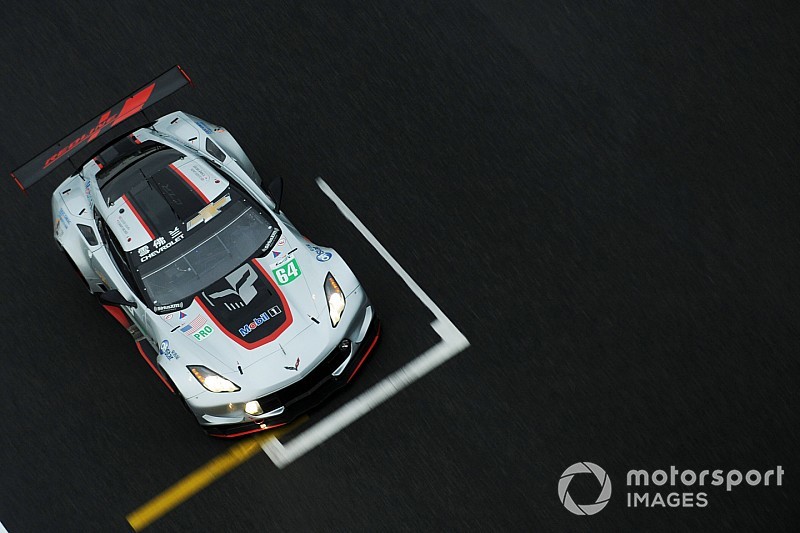 Oliver Gavin says he’s “not too disheartened” by the venerable Corvette C7.R’s performance in Shanghai, despite qualifying 1.36sec off the fastest GTE Pro car.

The lone Redline C7.R, which has been entered into its first WEC event outside of Le Mans since the 2014 race at Circuit of The Americas, has qualified 11th and last of the GTE Pro cars.

However, although it hasn’t been confirmed, it’s expected this is a data acquisition trip in anticipation of an entry in next year’s WEC race at Sebring, to be held the same weekend as IMSA’s Sebring 12 Hours.

“It’s been a pretty steep learning curve for us,” said Gavin, who is sharing the Redline C7.R with his usual fulltime partner Tommy Milner. “We’ve been learning a lot every single session. We made a big gain from practice to qualifying. We took a stab at the set-up, and it worked. But we’ve a lot more to find.

“We’re trying to figure out how to go about a sprint WEC race weekend – two-driver qualifying, effectively here you get one lap on the tires, so it’s nailing it on that lap.

“Then we’re working on a wet tire we’ve not used before and discovering a lot with it. But with wet tires I think we are pretty competitive.

“Still, there’s definitely some gains still to be made, and I’d say we’re not too disheartened by what we’ve seen so far. We’re taking each session and it comes and making progress.”

Corvette Racing has confirmed that the C7.R – which took Jan Magnussen and Antonio Garcia to this year’s IMSA GT Le Mans championship – will continue racing into a sixth season in 2019. Speculation is rife that it will be replaced by the (mid-engined) C8 in 2020.