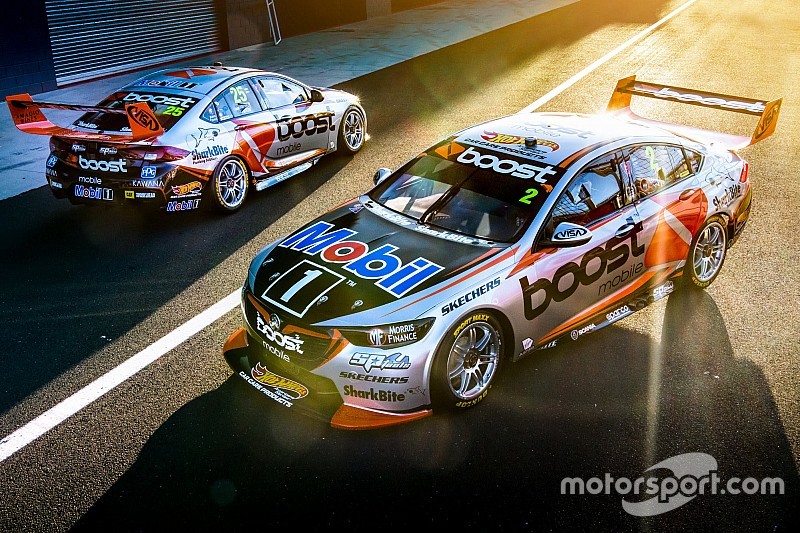 Boost Mobile founder Peter Adderton made a serious play to start an all-new Supercars team before completing the shock sponsorship deal that has landed Richie Stanaway at Garry Rogers Motorsport for the 2019 season.

Adderton says he spoke to Supercars about securing one of the two available Racing Entitlements Contracts ahead of the upcoming season and starting his own squad, something he revealed a long-term ambition to do last October.

However the bid was apparently turned down by Supercars, which will instead put the RECs handed back by Triple Eight and Tickford out to tender this year.

According to Adderton there was a strict stipulation that any backing would need to involve full naming rights branding – something Boost didn't have at Walkinshaw Andretti United – and a young driver line-up.

Had those terms not been met, he says he would have parked the Boost Mobile money for the 2019 season.

However GRM came to the party, agreeing to a multi-year deal that will see Stanaway partner James Golding at the expense of veteran Tander.

"[GRM] called us and said 'are you guys looking to sponsor?' and I said 'yeah we are, but this is what we want'.

"We'd been talking to a lot of teams, and a lot of teams weren't willing to give us the direction that we wanted with the young drivers in the car, and the Boost Mobile Racing, and the two-car team. We weren't getting that from many people, they had their own ideas of what they wanted in their team.

"Garry was open to it. I think Garry came to the conclusion that he loves having young drivers in the car, and I think he knew Garth was going. So he said 'alright, if you guys want to a multi-year deal, then we're willing to accept the conditions that you want'."

When asked if buying into the team could become an option down the track, Adderton said: "That's something we'll worry about in the future. What we want to do is get the team in a position to start to move forward."

The Stanaway/GRM deal has emerged as a surprise lifeline for the Kiwi, who looked to be out of a drive following a turbulent rookie season with Tickford that resulted in his contract being dissolved after the first of two years.

It's also effectively forced popular Holden star Tander out of a full-time drive, something that's not escaped criticism on social media.

However Adderton says the plan is a long-term vision, and it's disruptive nature typical of the youth-orientated Boost brand.

"This isn't us sitting back thinking we're going to be on the podium in Adelaide. We understand that we need to build a road to the future.

"We've got young guys in the car, we've got a team that will be invigorated with these young guys pushing each other, and it's going to be exciting to watch.

"There are a bunch of stories to come out of it; Richie racing the guys at Tickford, Garth leaving – who knows where he'll turn up. That's what I like about what we do at Boost.

"It's always about trying to do something different and not just the status quo. That's our direction."