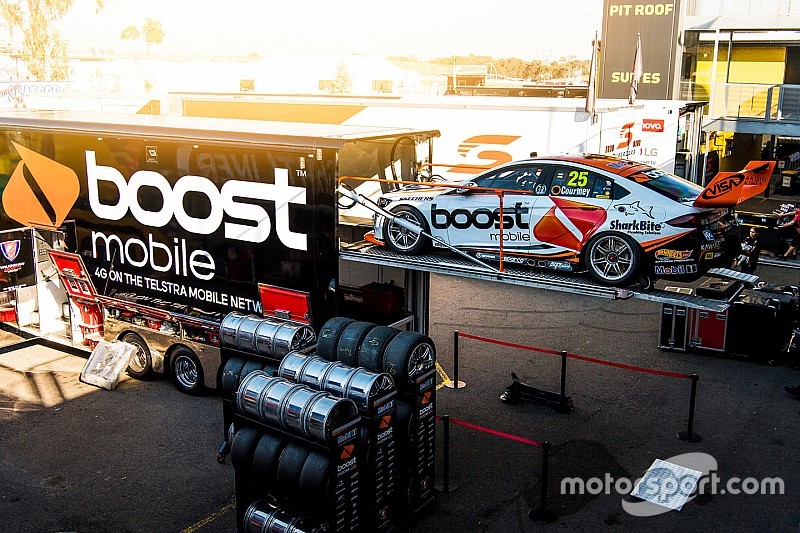 Boost Mobile wants to mimic the sponsor/owner model used by Red Bull in Formula 1 and start its own Supercars team, according to CEO Peter Adderton.

The Boost boss has been linked to team ownership before, having initially looked to buy into what was then known as Walkinshaw Racing during Ryan Walkinshaw’s search for equity partners last year.

He ultimately missed out in favour of the three-way alliance between Walkinshaw, Michael Andretti, and Zak Brown, the Boost brand instead becoming one of two naming rights sponsors of the Clayton-based team.

Adderton, however, says his brand’s future in the sport is still likely to be tied up in team ownership, as he looks to create a sponsor/owner model like the one used by Red Bull in F1.

“We want a team, we’d absolutely love a team,” he said.

“We’re always going to be focussed on the team side of it, the team aspect. For us, we want that fan engagement.

“Look at what Red Bull is doing, they own their own events, they own and run their own Formula 1 team. At some point for a brand like ours, you’re going to think more like a manufacturer. When the cars are the same as you’re literally bolting everybody else’s parts on, as a brand you can control that. You can control that experience.

“Right now [in Supercars] it’s Walkinshaw Andretti United. I want Boost Mobile Racing. At some point the only way to do that is to get the team owners to realise that their brands aren’t as relevant anymore, and brands like ours want to get in front.

“Maybe the only way to do that is to buy a team. That’s something we’re absolutely always looking at.

“Ultimately, it’s our money that’s running the team anyway. You start getting a lot of tax benefits if you own the team rather than just writing cheques as a brand and marketer.”

When asked by Motorsport.com whether the preferred option is buying into an existing team, or buying a pair of Racing Entitlements Contracts and forming a new team, Adderton said: “I think we’d probably want to start from scratch”.

According to Adderton, Boost is a “free agent” for 2019 as discussions with WAU over next year continue.

However he did hint at sticking with WAU for another year, having been encouraged by an upswing in results this season.

“I think we still are a free agent. We haven’t decided what we’re doing for next year,” he said.

“Most teams say it’s a chicken and egg, give us the money and we’ll go faster. And I say no, go faster and I’ll give you the money.

“We’re very focussed on performance, and I think the team is doing a much better job this year than they did last year. That’s encouraging for us. So we’re talking to them now about what next year looks like.

“We’re not going to pay top dollar to run 15th and 16th. Now these guys have shown they can get them going faster, then absolutely, we’d love to stay with the team.”

While a stretch given the timelines involved, Adderton didn’t completely rule out forming his own team as soon as next year if he can’t strike a sponsorship deal with an existing outfit.

“If we can’t find a team that we really like and want to sponsor, our options are open to put our own Boost Mobile Racing team together,” he said.

“That’s an option that’s available to us. I just want to make sure we’re competitive, I’m a terrible loser. For the brand we always like to be at the front. You can’t win every race, but… we’ll see.”

Unique Ricciardo Supercar up for sale