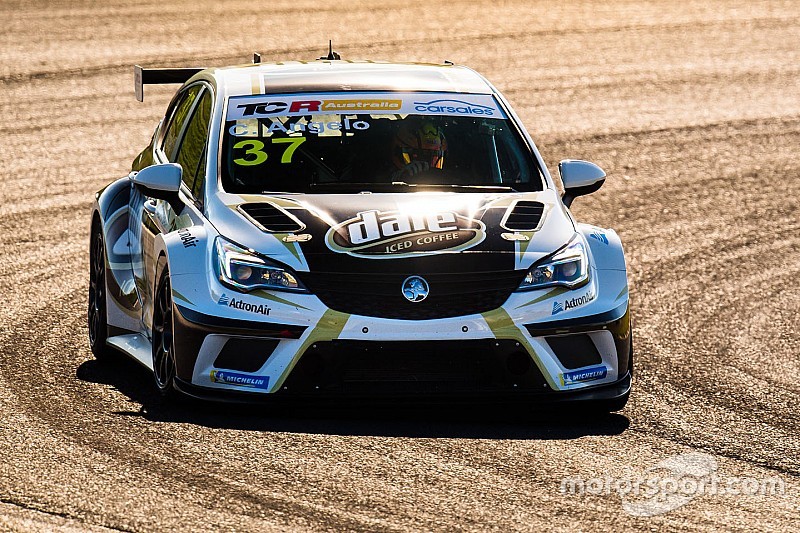 Andre Heimgartner will move from a Subaru WRX to a Holden Astra for this weekend's Queensland Raceway TCR Australia round.

The Kelly Racing-run Subaru has been plagued with problems so far this season, leading to the squad opting for a rebuild.

As a result Heimgartner will shift into the Astra usually driven by Chelsea Angelo for this weekend's fourth round of the season, with Angelo temporarily stepping aside.

She's expected to return to the Astra for Round 5 at Winton at the end of August.

Heimgartner's Astra cameo will also be used to help iron out some engine niggles, the Kiwi set to work alongside a senior engineer from Lubnar Motorsport in Germany for the QR weekend.

“We have made a few changes to our TCR programme for QR, and we feel that this will put us in a stronger position for the rest of the 2019 season,” said KR owner Todd Kelly.

“We are absolutely committed to the Subaru TCR programme. As we’ve seen, the cars have really great speed, but there are some aspects that we have discovered that we need to work on.

“I’ve been acting as Chelsea’s engineer, and she has the ability to be further towards the front, but while we continue to unlock the potential of the Astra, we felt it would be best to get the input of Andre’s experience.

“While it has been an up and down start, we are quite confident that a really strong result for our TCR cars is just around the corner. The racing is really close and as we’ve seen, anything can happen.”

Qualifying and all three races from Queensland Raceway can be streamed live and free from anywhere in the world via Motorsport.TV.