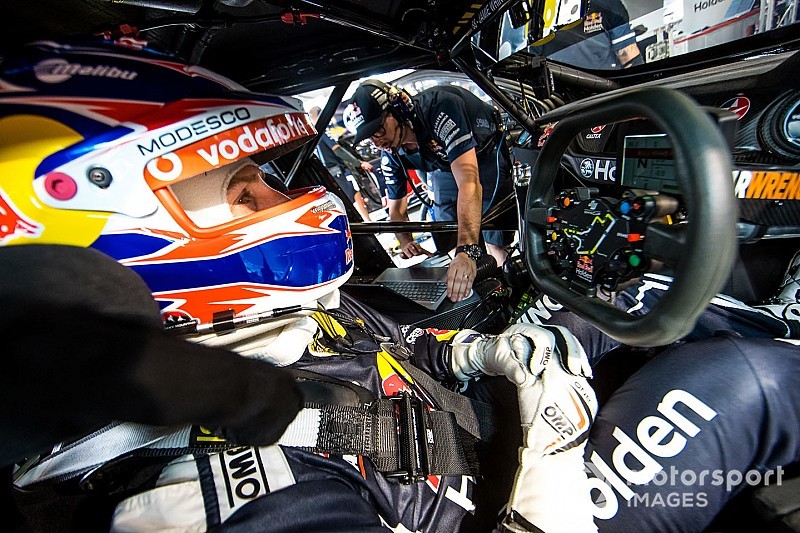 Supercars could trial a dashboard warning lights system as soon as the Tailem Bend round at the end of August.

The category is currently undergoing a phase of development regarding in-car electronics, which has included trialling LED information panels at the last two rounds in Townsville and Ipswich.

It's understood the next step is to test an early warning system, which will provide dashboard notifications for blue, yellow and red flags to drivers and lessen the reliance on sighting flag points in the heat of battle.

A similar system was introduced by Motec for this year's Bathurst 12 Hour, as a response to the nasty collision between Ash Walsh and John Martin in the closing stages of the 2018 race.

Should the Supercars-version of the system be successfully trialled at either The Bend or Pukekohe, it could even be implemented for this year's Bathurst 1000.

According to Shane van Gisbergen, whose Red Bull Holden was one of three cars running the LED system in Ipswich last weekend, the introduction of an early warning light system is a must.

"In the future it will come up with a yellow flag and blue flags automatically in the car," said van Gisbergen.

"Especially when we get to Bathurst – where a lot of the stuff is unsighted, you’ll get a big warning on the dash, yellow flag or blue flags – it's going to be a big improvement.

"I’ve had it in America in the past and it works really well.

"Everyone just shuts it down when they see a yellow and it’s the way we've got to go."