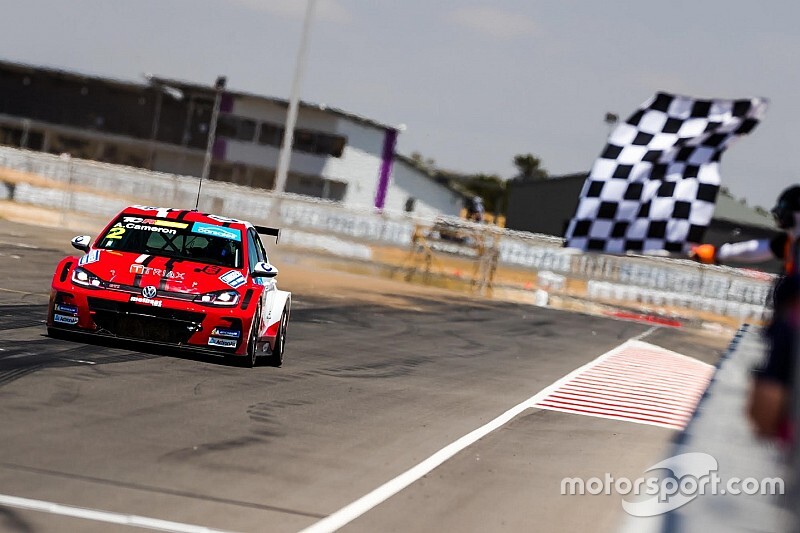 Polesitter Brown led the field at the start in his Hyundai, but couldn't shake off the bright red-and-white Volkswagen of Cameron, who started alongside him on the front row.

Cameron had a look at Brown at the final corner on Lap 2 and finally made a move two laps later, taking advantage of a mistake from the newly-crowned championship to seize the lead.

Once in front Cameron quickly disappeared into the distance, claiming a crushing victory by 7.976s .

Brown, meanwhile, fell into the clutches of Cox but held on to second, the gap to his Garry Rogers Motorsport rival rival less than four-tenths at the flag.

James Moffat finished fourth in another GRM entry, having passed the Wall Racing-run Honda of Tony D’Alberto with a brave move on Lap 5.

Chris Pither (Garry Rogers Motorsport Renault) was next up in eighth, while the Top 10 was completed by the Melbourne Performance Centre-entered Audi of Russell Ingall and Kelly Racing’s Andre Heimgartner.

Unlike this weekend's opening encounter, which featured an extended, four-lap Safety Car period, Race 2 ran largely without drama, with Dylan O'Keefe the only non-classified finisher.