Heikki Kovalainen has revealed his hopes of a first SUPER GT podium finish of the season at Autopolis were ended by an engine problem for the SARD Toyota GR Supra.

Ex-Formula 1 racer Kovalainen and his teammate Yuichi Nakayama could only manage fifth place at Autopolis despite the fact Nakayama was running in the podium positions for much of the latter half of the race.

From eighth on the grid, Kovalainen moved up to sixth on the opening lap and then ran fourth after the Rookie Racing Toyota served a stop-and-go penalty and the race-leading Mugen Honda was eliminated by a loose wheel.

SARD was among the crews to pit immediately after the second of two safety car periods, allowing Nakayama to run a net third after taking over the #39 GR Supra from Kovalainen.

Nakayama passed a struggling Hiroki Otsu in the Nakajima Racing Honda for second place on lap 53, but just two laps later was overtaken by a charging Hiroaki Ishiura aboard the Cerumo Toyota.

On lap 58, Nakayama succumbed to the NISMO Nissan of Tsugio Matsuda, dropping to fourth, and then was passed on the final lap by the B-Max/NDDP GT-R of Kohei Hirate on the final lap.

Kovalainen said he was surprised Nakayama was able to finish so high up the order given the loss of power the SARD machine was suffering.

"In the first stint, during the first safety car, we developed some kind of engine problem," Kovalainen told Motorsport.com. "I had no boost in the engine, I don’t know how much it cost us but probably one or two seconds a lap.

"We were lucky with the safety cars, because at the end of my stint I had no speed. Also, we started with the softer tyre and I had a lot of degradation. My tyres warmed up quickly, but I think the grip was at its peak on the first lap and from there it went downhill.

"We stopped immediately after the safety car, which gave us track position, but Nakayama had no chance to do anything. He did very well to hang on to fifth place, I thought he would lose more."

SARD's issues follow a spate of Toyota engine problems in the previous race at Sugo, which led to three of its cars having to serve stop-and-go penalties for engine changes in the race at Autopolis. 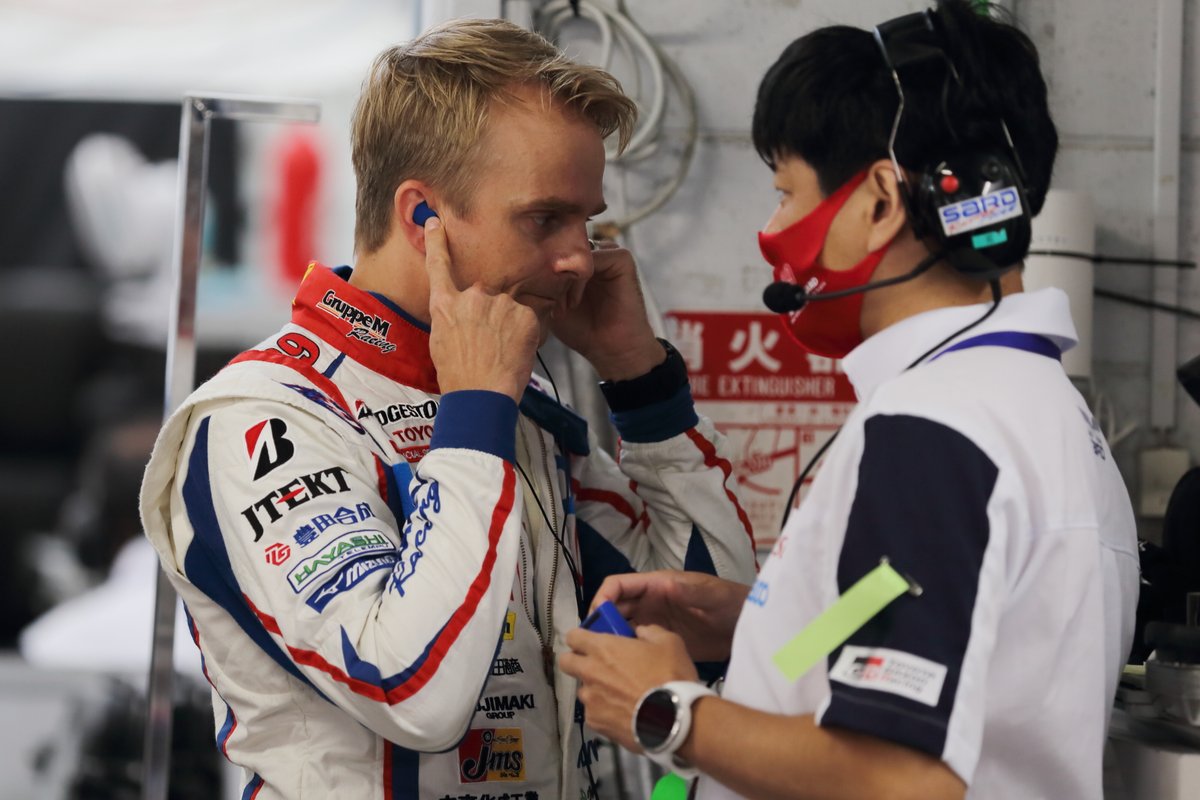 Kovalainen was unsure as to whether the SARD issue was the same as the turbo-related problem that took both the Rookie Racing and Cerumo GR Supras out of the race at Sugo, however.

"We don’t know the exact cause yet, Toyota will investigate, but it could be something similar [to what happened at Sugo]," he said. "We had no issues from Sugo, so in that sense it was unexpected.

"Normally during the safety car we use a safety car engine mapping to try and save fuel, but when I went back to a normal mapping and I was trying to warm the tyres and brakes, that’s when I realised something was wrong.

"It felt like I was still on the safety car map. I tried every available map but nothing fixed it, so it was definitely a hardware issue."

Fifth place for SARD followed a disappointing day on Saturday for the team, as Kovalainen struggled in Q2 on his way to eighth and last in the pole shootout despite the #39 car's relatively light success handicap of 40kg.

The Finnish driver told Motorsport.com after qualifying that he was struggling to extract the same one-lap pace from the car as teammate Nakayama, who had been fifth-fastest in Q1.

"I felt better today than yesterday, we made some changes for the race and it felt like a better direction," said Kovalainen. "But the tyre we started on didn’t work, and then the issues with the engines took all the hopes away of a podium.

"It's been a difficult year for me, especially in qualifying. I haven't been able to get a lap out of it, which is frustrating. My confidence with the car and the tyres is not super-high for whatever reason this year compared to other years. I'll try and work on that for the last couple of rounds of the season."