Oyu's best time of 1m51.935s came during the first hour of the two-hour morning session, in which the day's fastest times were recorded before the weather conditions worsened in the afternoon.

It was enough to edge out Impul driver Yuhi Sekiguchi by just 0.010s, with Sekiguchi setting his best time right at the end of the session.

That pushed Sacha Fenestraz down to third place for Kondo Racing, followed by Hiroki Otsu - making his first appearance for Dandelion Racing after completing his rookie season with Mugen.

Nobuharu Matsushita was fastest in the afternoon session for B-Max Racing, some 1.1s faster than second-placed Sakaguchi, but his 1m53.800s effort was only enough for ninth overall, a little under two seconds off the pace set by Oyu in the morning. 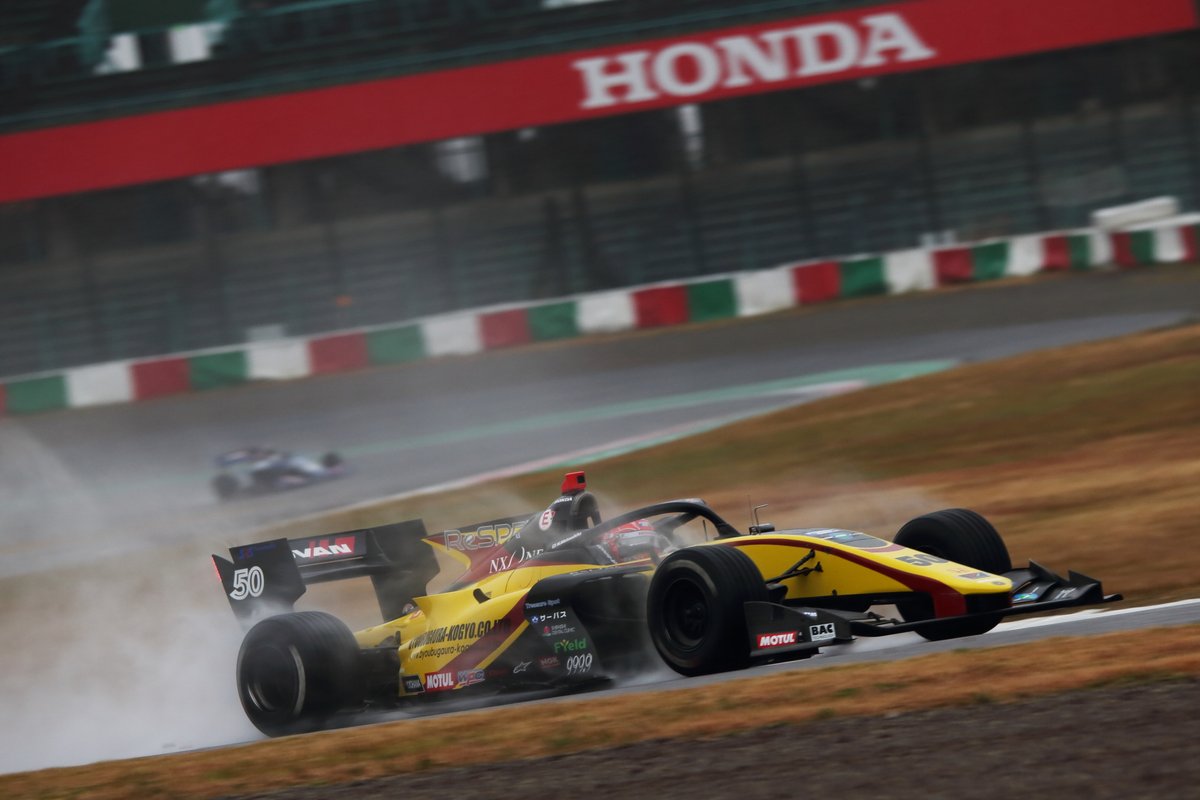 While Oyu didn't improve on his best time from earlier in the day, he did get the chance to drive teammate Naoki Yamamoto's #1 machine, with Yamamoto one of several drivers to sit out the afternoon session entirely.

Kenta Yamashita (Kondo) was 10th overall after causing the second of the day's two red flags with a spin at Turn 1 early in the afternoon.

The first stoppage came in the morning session when 2021 champion Tomoki Nojiri suffered an off at the hairpin, costing the Mugen driver valuable track time and restricting him to 18th overall.

Kazuki Nakajima shared the solo Rookie Racing entry with Kazuya Oshima just one day on after announcing his retirement as a racing driver in Toyota's 2022 motorsport presentation, logging the 15th-fastest time.

Nirei Fukuzumi was 16th-fastest in his first day of running for the minnow Drago Corse team, where he is expected to race next season after finishing runner-up in the 2021 standings for Dandelion.

Super Formula Lights race winner Ren Sato was 19th driving Mugen's #15 car, while Atsushi Miyake was the only other rookie in action, sharing the #18 KCMG machine with Yuji Kunimoto and propping up the timesheets in 21st place.