Sergio Sette Camara will not contest this weekend's Autopolis Super Formula round, and will be replaced at the B-Max Racing Team by Nobuharu Matsushita.

After missing the opening two rounds of the season due to Japan's COVID-19 travel restrictions, Sette Camara shocked the Super Formula establishment by scoring pole for his series debut last time out at Sugo, albeit crashing out of the race on cold tyres after his pitstop.

Despite the fact he appeared on the entry list for the fourth round of the season at Autopolis, B-Max announced on Wednesday that Sette Camara will not be taking part after all.

A reason for the Brazilian's absence was not given, although it could be related to a likely deal to join the Dragon Racing Formula E team next season.

Matsushita, who last raced in Super Formula with Dandelion Racing in 2018 before returning to Formula 2 the following season, will take Sette Camara's place.

It follows the Japanese driver's call-up to the ARTA Honda GT300 team in last weekend's Motegi SUPER GT round in place of the injured Shinichi Takagi, which was his first race appearance since losing his F2 seat with MP Motorsport in September.

B-Max boss Ryuji Kumita, who competes in Super Formula Lights under the alias of 'Dragon', said: "It's a real shame that Sergio Sette Camara, who delivered the first pole position for the team [at Sugo], could not participate in the [Autopolis] race for various reasons.

"The fact we won the pole means it was a very well-balanced car, and we decided that Nobuharu Matsushita, who has won races in F2, would take over, which is very exciting.

"This weekend is a new challenge, but we want to work together as a team with the goal of winning, so please support us."

Although Matsushita hasn't raced in Super Formula since 2018, he did get experience of the current-generation SF19 in last December's rookie test at Suzuka. 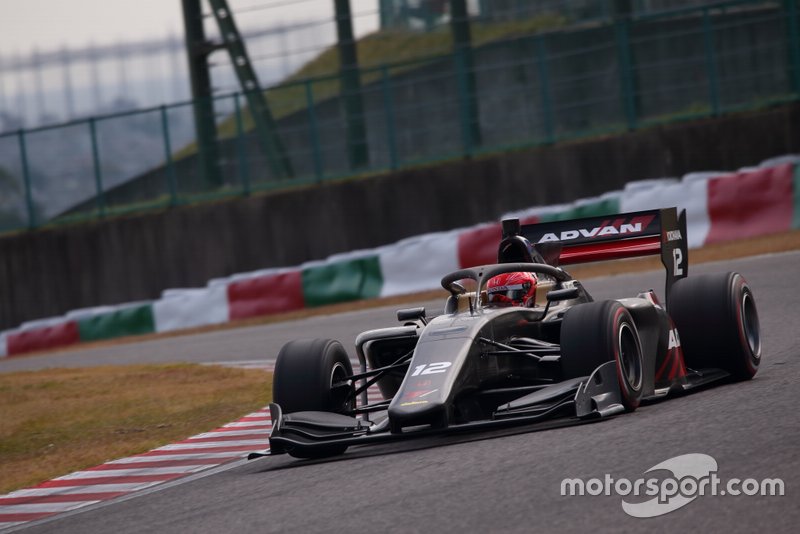 For the first time in 2020, B-Max is running two cars at Autopolis, as Sette Camara's planned full-season teammate Charles Milesi makes his first race outing of the year following the easing of Japan's travel restrictions at the start of this month.