Dandelion Honda driver Nirei Fukuzumi concluded the opening day of practice for this weekend's Autopolis Super Formula round quickest, as the previous lap record at the circuit was smashed.

Fresh from his first win in SUPER GT's top class at Motegi last weekend, Fukuzumi posted a 1m24.450s in the final minutes of the hour-long afternoon session at Autopolis to top the times by 0.162s ahead of championship leader Ryo Hirakawa.

Okayama race winner Sho Tsuboi had topped the morning's running with a 1m24.714s, which blew away the previous 1m25.799s benchmark set by Kamui Kobayashi during qualifying in 2018 - when the previous-generation SF14 car was still in use.

Tsuboi's time went unchallenged for the bulk of the afternoon session, only falling after a late red flag period caused by two-time champion Naoki Yamamoto parking up his Dandelion machine at Turn 5 with a mechanical problem.

With two minutes left on the clock, Impul man Hirakawa was first to go faster than Tsuboi with a 1m24.612s, but that was soon bettered by Fukuzumi's final flyer.

Inging driver Tsuboi managed to improve on his morning time with a 1m24.645s, but fell 0.195s shy of Fukuzumi. 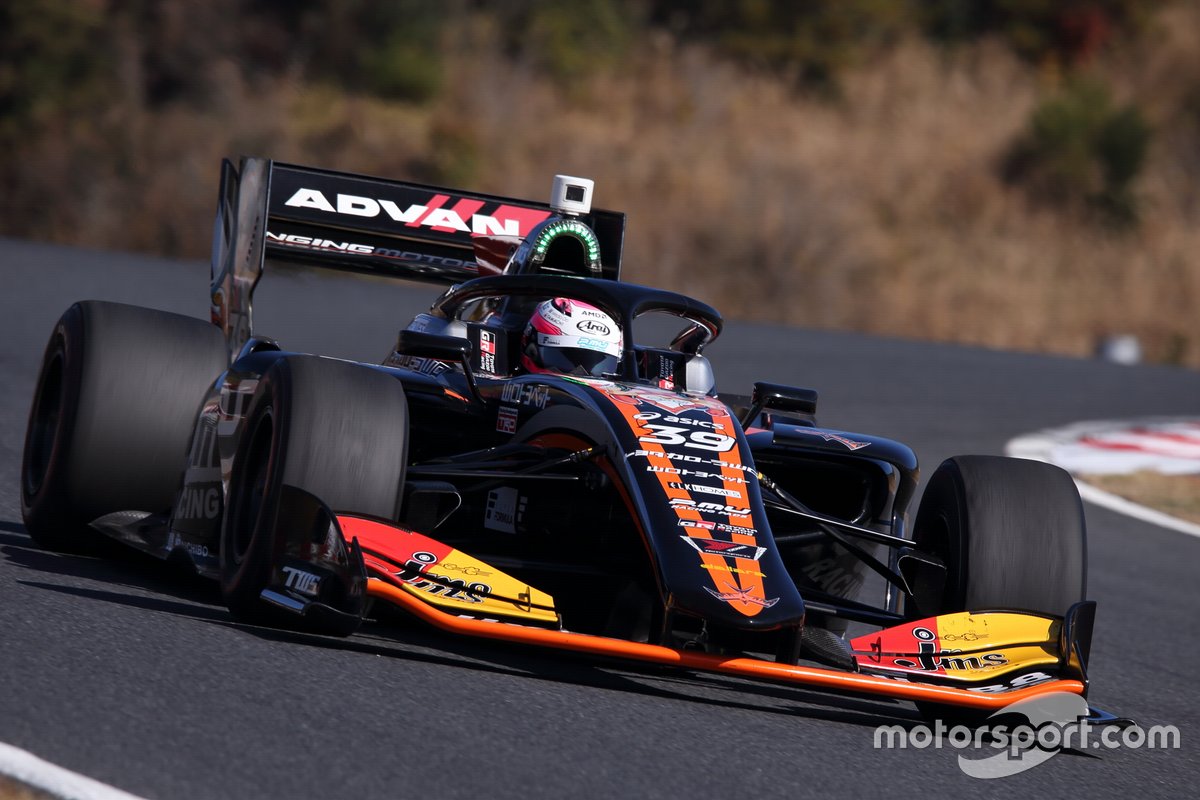 Ritomo Miyata, deputising for the absent Kazuki Nakajima at TOM'S, was second-fastest behind Tsuboi in the morning but didn't improve in the afternoon, ending up seventh overall, ahead of Kondo Racing's Sacha Fenestraz.

In his first Super Formula race weekend since the 2018 Suzuka finale, Nobuharu Matsushita was ninth-fastest for B-Max Racing ahead of Yuji Kunimoto (KCMG).

Yamamoto ended up 13th on the combined timesheets on the strength of his morning effort, one place ahead of reigning champion Nick Cassidy (TOM'S).

As per the first three races of the season, the drivers will be split between two groups in Q1 on Sunday morning, collectively fighting over 14 spots in Q2. The seven fastest drivers out of the 10 in each group will progress to Q2.