Makino set the pace in the faster of the day's two one-hour sessions in the afternoon, recording his best time of 1m12.479s with just two minutes left on the clock.

The Nakajima Racing driver had headed the timesheets during a session that started on a damp but rapidly-drying track when he set a 1m13.422s with 20 minutes to go.

That was soon topped by Ryo Hirakawa, who took a dominant win for Team Impul four weeks ago at Motegi, with the first sub-1m13s effort of the day, a 1m12.850s to put himself more than half a second clear of the field.

Makino then smashed through Hirakawa's 2019 pole benchmark of 1m12.700s with his final lap to put himself at the head of the order, while Hirakawa's teammate Yuhi Sekiguchi was able to snatch second with a last-gasp 1m12.780s.

Rounding out the top five were the two TOM'S cars, with rookie Ritomo Miyata - replacing Kazuki Nakajima this weekend - taking an impressive fourth in his first outing in the SF19 since last December's Suzuka rookie test, ahead of reigning champion Nick Cassidy.

Toshiki Oyu made it both Nakajima cars in the top six, ahead of Kondo Racing's Sacha Fenestraz, Nirei Fukuzumi for Dandelion Racing, morning pacesetter Tomoki Nojiri (Mugen) and Sho Tsuboi in the best of the three Inging-run cars. 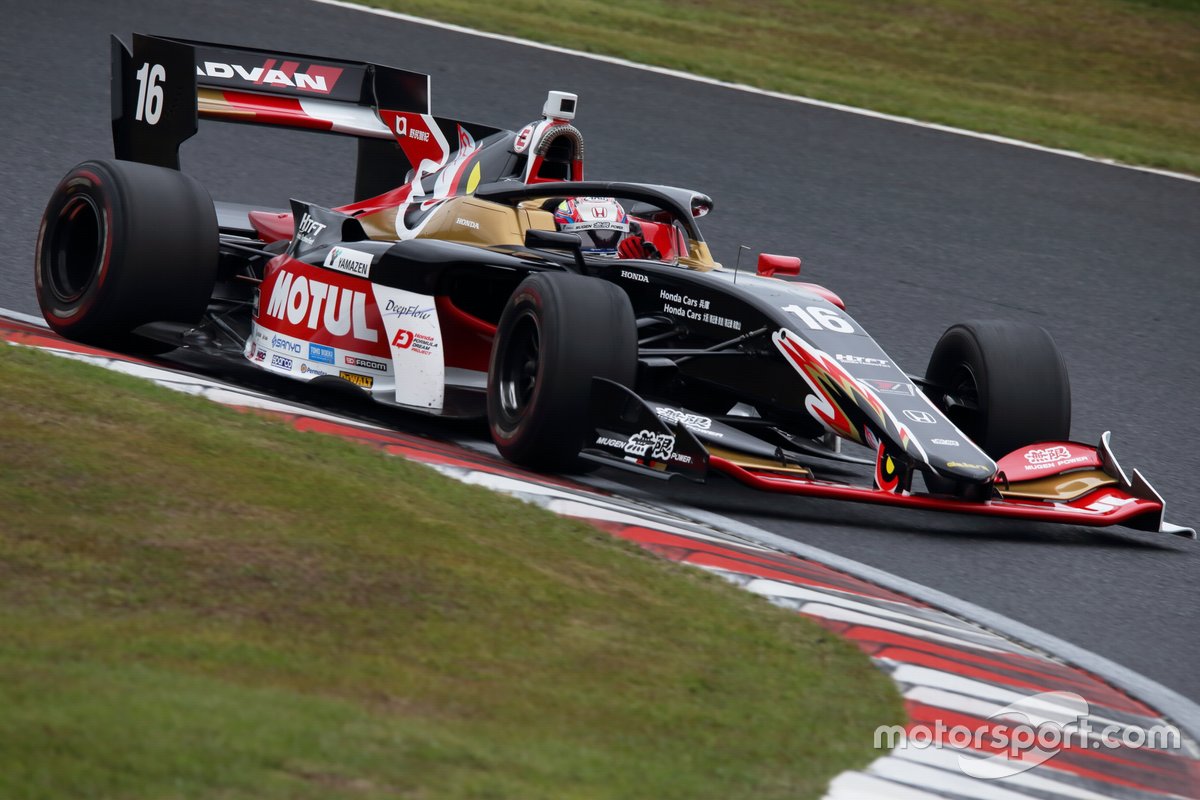 Nojiri had set the pace in the latter stages of the first one-hour session of the day with a best time of 1m13.741s around the former Pacific Formula 1 Grand Prix venue.

That was enough to beat rookie Oyu by 0.097s, while Juri Vips' stand-in Ukyo Sasahara made it two Mugen cars in the top three, 0.327s off the pace.

Sasahara however could only manage 17th in the afternoon session, only beating Kazuya Oshima (Inging) and Koudai Tsukakoshi, standing in for Tatiana Calderon at Drago Corse.

Of the other replacement drivers, Mitsunori Takaboshi was a respectable for 11th in B-Max Racing - albeit crashing at the very end of the session - Yuichi Nakayama was 12th in the KCMG car usually driven by Kamui Kobayashi and Kondo Racing stand-in Sena Sakaguchi concluded his first day of running in the SF19 in 15th place.

The morning session was interrupted by two red flags. The first was for Oshima crashing early on at Turn 1 with a brake problem and the other for Tsuboi going off in the final few minutes, which brought an early end to proceedings.

Super Formula will continue to use a split qualifying format for Q1, with nine drivers in Group A and 10 in Group B collectively fighting over 14 spots in Q2. The following drivers will take part in each group: