Nobuharu Matsushita admits he made a mistake not pitting under the safety car in last weekend's second Suzuka Super Formula race, contrary to the instructions given to him by the B-Max Racing team.

Matsushita briefly led the second leg of the Suzuka double header when he elected not to come in for his mandatory stop along with the majority of the field on lap 10 of 30, during the second safety car period following Nick Cassidy's early engine failure.

That left the ex-Formula 2 driver leading from Ukyo Sasahara, who likewise didn't pit, but the pair both came in at the next caution after Yuji Kunimoto's crash on lap 19.

Matsushita ended up down in 14th at the finish, and after the race he conceded that his snap decision to try and take advantage of clean air out front was the wrong one.

"It was my mistake," Matsushita told Motorsport.com. "I should have pitted [at the same time as everyone else], but I stayed out. It was a misunderstanding.

"I thought with the clean air I could make a gap at the front and maybe there would be a safety car at the end of the race. But I was wrong, I should have pitted.

"I was ahead of [Tomoki] Nojiri at that point and he finished P5. We could have been P4 or P5, so I am sorry for the team."

Asked if he was called in by the team, Matsushita replied: "There was some confusion. First of all my teammate [Milesi] wanted to pit, so they told me to stay out. But just before the chicane they said, ‘box, box, box.’

"I saw everyone else pit in and I saw clear air in front of me. So it was my mistake. I couldn’t make enough of a gap [out front], and also my pace was not great."

The second race completed a weekend to forget for Matsushita, who crashed heavily at 130R in the first race on Saturday after suffering a left-rear puncture.

"After the crash the car has completely changed," he said. "It’s only small things [that are different], but those things can make a lot of difference for this car."

Matsushita took over the B-Max seat vacated by Sergio Sette Camara from last month's Autopolis round onwards, finishing sixth on his first race back in Super Formula after a slow pitstop denied him the chance to fight for a podium.

He remains convinced that it's possible to replicate the form shown by Sette Camara on his one and only race outing at Sugo, where the Brazilian took pole.

"We have the package but we haven’t shown it yet, it’s frustrating," said Matsushita. "At Autopolis and [Suzuka Race 1] we could have been on the podium.

"[Race 2] maybe P4 or P5, but always I am fighting for this kind of position. So now we to check the car again and be ready for Fuji." 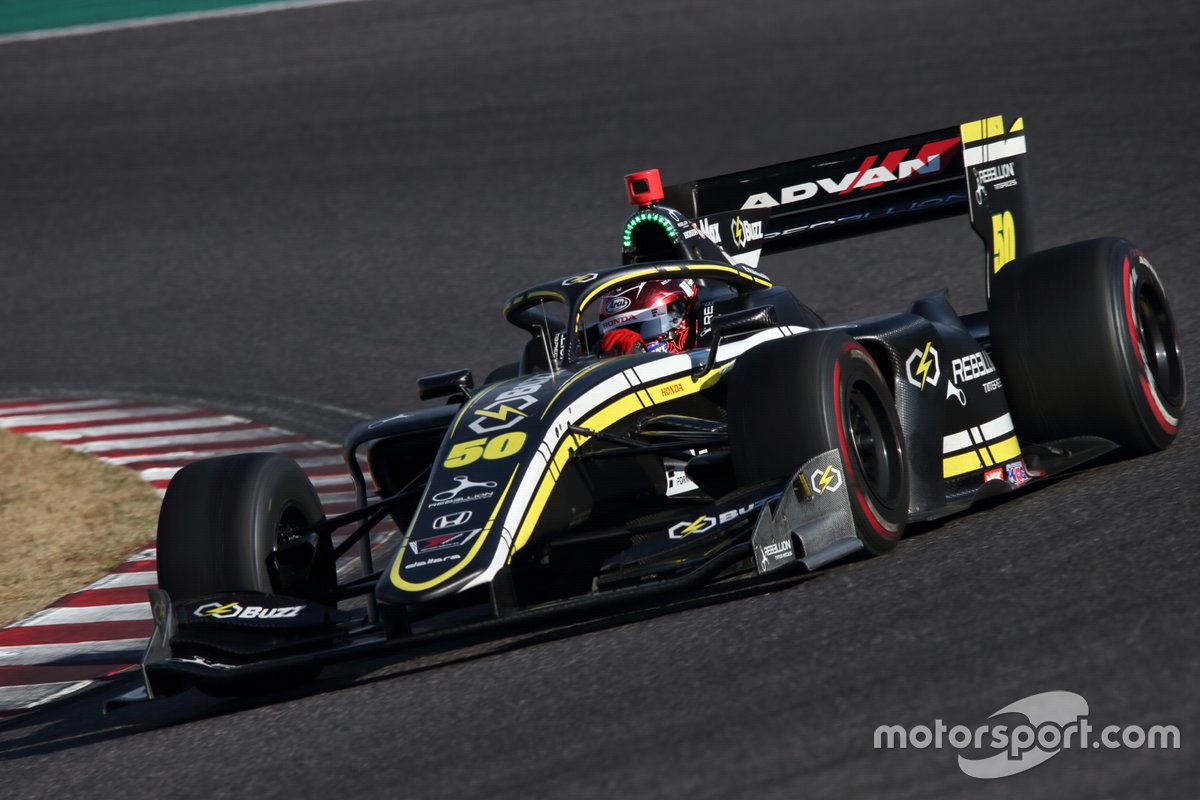