Sacha Fenestraz says Kamui Kobayashi was at fault in the incident that caused his fourth Super Formula non-finish in five starts at Suzuka.

Kondo Racing driver Fenestraz came to blows with Kobayashi at the chicane on the second lap of Sunday's second race of the weekend while fighting over ninth place.

Fenestraz tried to go around the outside of the Toyota LMP1 driver, only for the pair to make small contact in the braking zone, sending the former off into the barriers and into retirement and also damaging Kobayashi's KCMG car.

While the stewards declared it a racing incident, Fenestraz said he felt there was little else he could have done once he had committed to trying around the outside.

"I came out of Spoon Curve, I activated the OTS [Overtake System], and I was coming up to Kobayashi," Fenestraz told Motorsport.com. "I was coming too fast so I had to lift off on the back straight to try and pass him after 130R.

"Then I went to the outside and we braked side-by-side and he started moving. And I ran out of road on the left. He was moving to open the line for the chicane, but I was there, so we had a very small touch. He got a puncture and I had a shunt.

"I couldn’t do much [to avoid crashing]. Maybe I could have waited one more lap, but when you have an opportunity to overtake, you take it.

"I don’t think it was my fault. It was that or go off by myself. I think it was his fault, maybe he had three metres on the right and I had just a couple of centimetres on the left, so he had a lot more space than me." 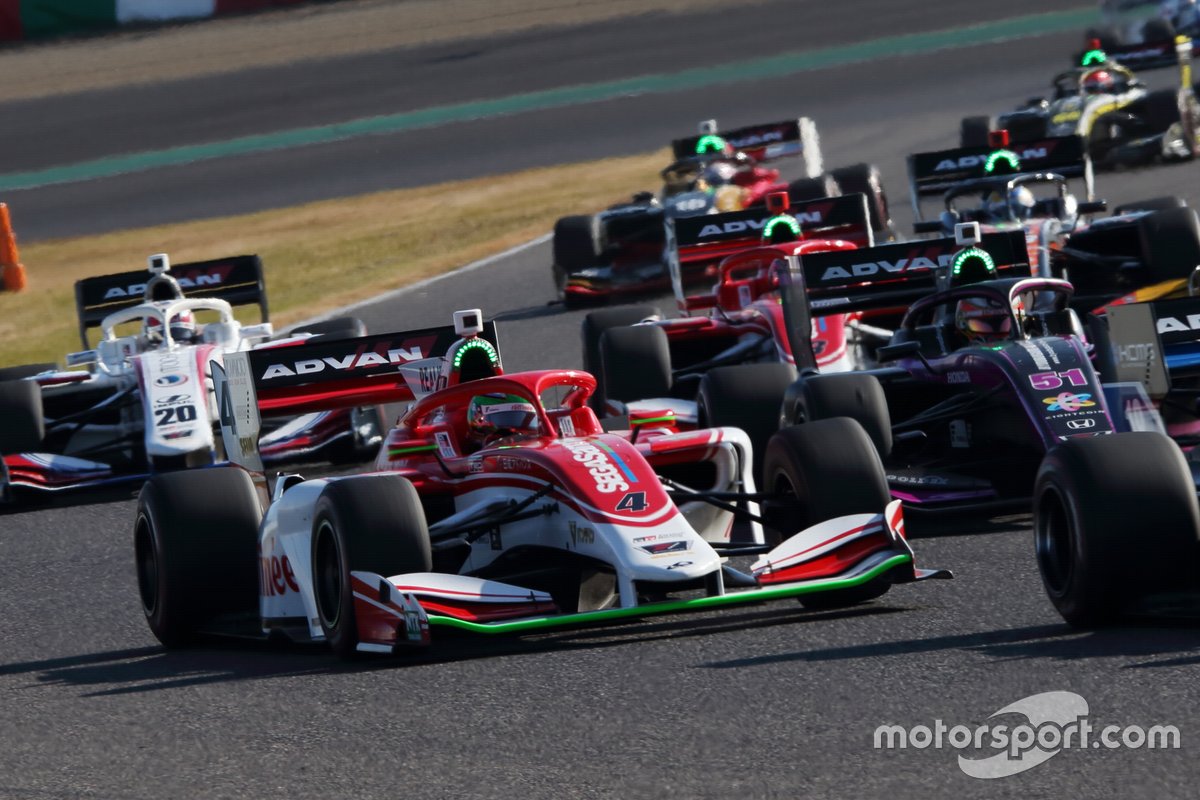 Kobayashi was unavailable for comment post-race, but did respond on Twitter to Fenestraz posting an on-board video of the crash from his perspective.

He wrote: "I don’t want take anything from you but race steward [sic] decided it was racing accident. Who want end up like that? I guess nobody!

"But when we are racing we always have risk especially when we are fighting you can imagine. If you don’t want take risk you need start from pole."

In Saturday's first Suzuka race, Fenestraz managed only his second finish of the season - and his first since August's Motegi season opener - as he finished 10th.

After being knocked out in Q1 for the first time this season, the French driver was further hampered by a slow pitstop, the result of double-stacking during the safety car behind Kondo teammate Kenta Yamashita, and a broken anti-roll bar.

While he was glad to finally make it to the end of the race, he said the problem meant the experience wasn't as valuable as it could have been.

"I always said this season was just about learning and becoming stronger for next season, but so far I haven’t learned much," he said. "[On Saturday] we had a broken anti roll-bar for the whole race, so it was irrelevant to compare the data to Kenta.

"It’s really annoying. [The crash] was out of my control, in my opinion. And it was another ex-F1 driver [like Kazuki Nakajima at Sugo] and with a lot of experience in Super Formula. When it’s someone with this much experience, it’s even more annoying."