Honda junior Ren Sato was in the headlines last month in the Fuji Speedway SUPER GT finale for all the wrong reasons. But an unexpected chance to test a Super Formula car at Suzuka this week suggests his paymasters are keeping the faith in the youngster.

For the last two years, Honda has promoted one its young drivers to its GT500 line-up after a single season of partnering veteran Shinichi Takagi in ARTA’s GT300 squad – in 2019 it was Nirei Fukuzumi, who won that year's title, and the following season it was Toshiki Oyu's turn.

ARTA newcomer Ren Sato would have started the 2021 season hoping to make it a hat-trick. But a step up to the GT500 ranks as early as next season was already looking unlikely even before a critical error by the 20-year-old destroyed Honda and Naoki Yamamoto’s title chances in the senior category.

The incident involving Sato’s Honda NSX GT3 and Yamamoto’s Team Kunimitsu machine at Fuji’s famous first corner has already been well-documented. Sato himself was not available for comment after the race, but his quote in ARTA’s post-race press release told the story – he was squarely to blame for the misjudgement that handed Toyota the championship.

A funeral-like atmosphere pervaded the segment of the paddock at Fuji where Honda’s teams were based. Although he made a simple error in the heat of battle, it’s hard to think of anything worse that Sato could have done for his career advancement prospects within Honda, which had been on course for its first-ever back-to-back GT500 titles.

That’s why it was something of a surprise to learn just a couple of days later that Sato would be piloting Team Mugen’s Red Bull-liveried #15 machine in this week’s post-season Super Formula test. 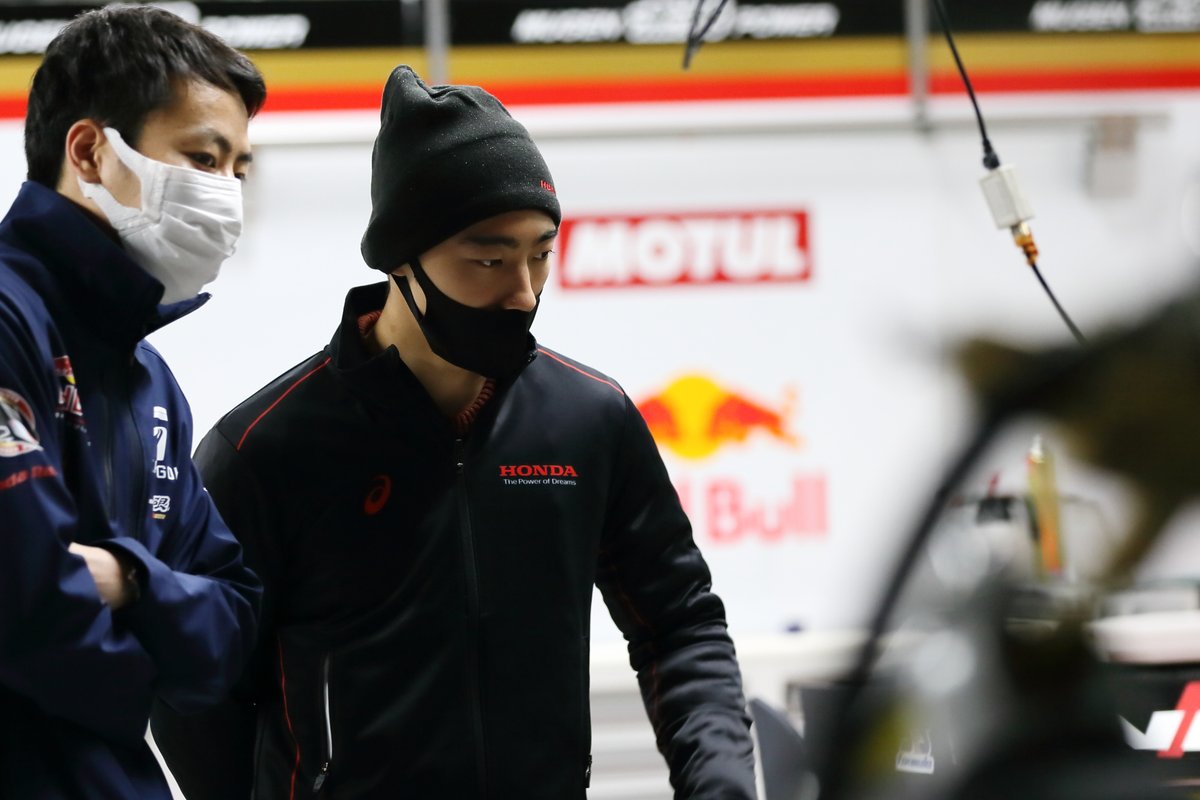 Leaving aside the fateful Fuji incident for a moment, Sato’s 2021 season could be characterised as inconsistent but with clear flashes of potential on display in both SUPER GT and Super Formula Lights, in which he drove for de facto Honda junior team Toda Racing.

Helped by Toda ditching its underpowered self-built engine for Spiess power, Sato notched up five victories across the SF Lights season, including a clean sweep in the penultimate round at Motegi, but several non-scores meant he wound up third in the points behind Teppei Natori and Giuliano Alesi.

In SUPER GT, there were no wins but three visits to the podium punctuated by some bizarre mishaps – he earned a penalty in his very first race at Okayama for making contact with another car, at a scorching Motegi in July he suffered heatstroke near the end of his stint after his ‘cool suit’ failed, and at Autopolis he crashed in practice and spun in the race. And then, of course, there was Fuji, where Sato and Takagi had gone as title outsiders.

It should be acknowledged that Sato is still relatively inexperienced, even compared to Oyu and Fukuzumi when they were driving in SUPER GT’s lower division. His first full season of car racing was in Japanese Formula 4 in 2018, and he only became an official Honda junior driver after a dominant title in the series the following season.

A single campaign in French F4 followed in 2020, but he lost out on that title to less experienced fellow Honda junior Ayumu Iwasa, who duly got picked by the marque up for a season in FIA Formula 3 while Sato was sent back to Japan to contest Super Formula Lights and GT300. 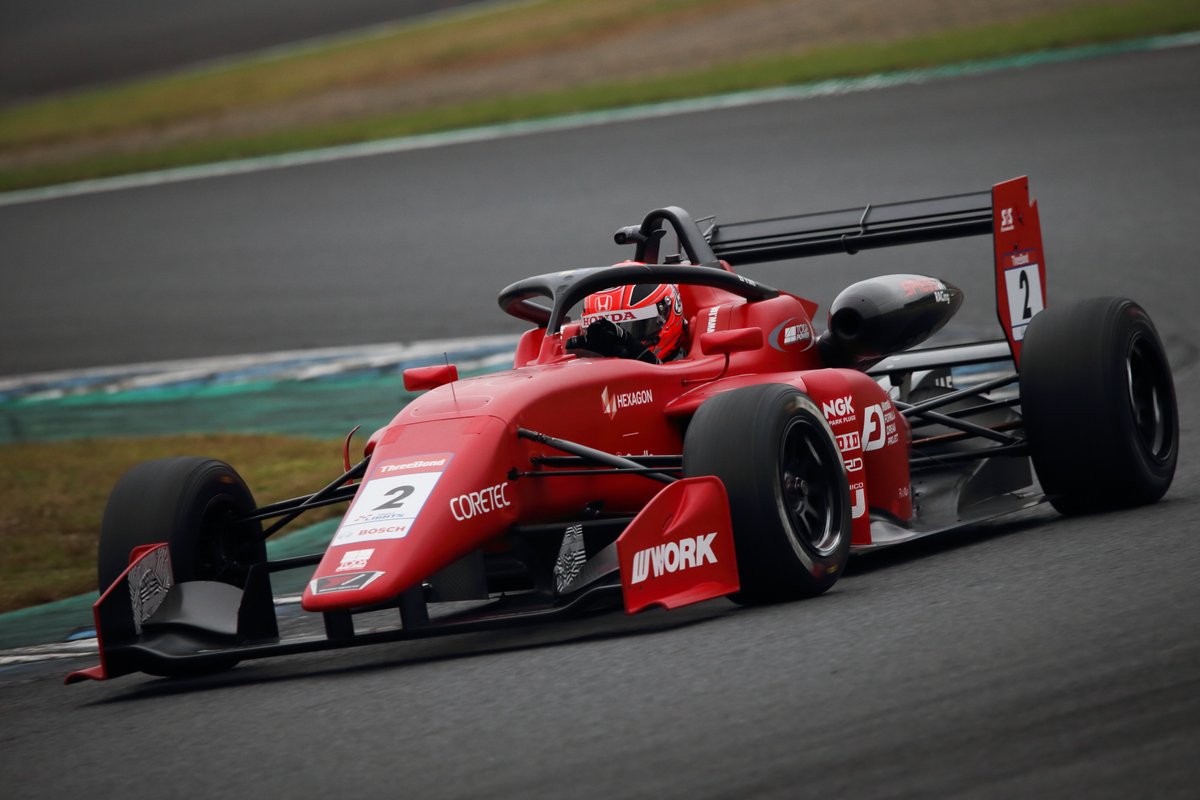 This year was therefore only Sato’s fourth in car racing, and his first in anything other than F4 machinery – which makes it all the more surprising that Honda was apparently so keen to put Sato through his paces in Super Formula in this week’s Suzuka post-season test.

While the decision to try out Sato in the #15 Mugen car would have no doubt pre-dated the events of Fuji, the timing was undoubtedly awkward. Matters were not helped either by Tuesday’s first day of running taking place in the wet.

“It was my first time to drive a car with so much power,” a somewhat sheepish Sato told Motorsport.com’s Japanese edition. “I was careful opening the throttle, but it was really scary. It’s a turbo car, and I gradually learned about how the torque is delivered.

“The priority is to get used to the characteristics of the car. I have been given a fantastic chance by Honda, and it’s an opportunity to grow as a driver. I want to advance slowly across these three days so as not to waste this chance.”

Sato was no doubt taking it extremely easy on Tuesday, as he registered only the 19th-fastest time. With a dry track on Wednesday, he improved to 17th, around 1.6 seconds off the pace set by Nakajima Racing's Oyu. 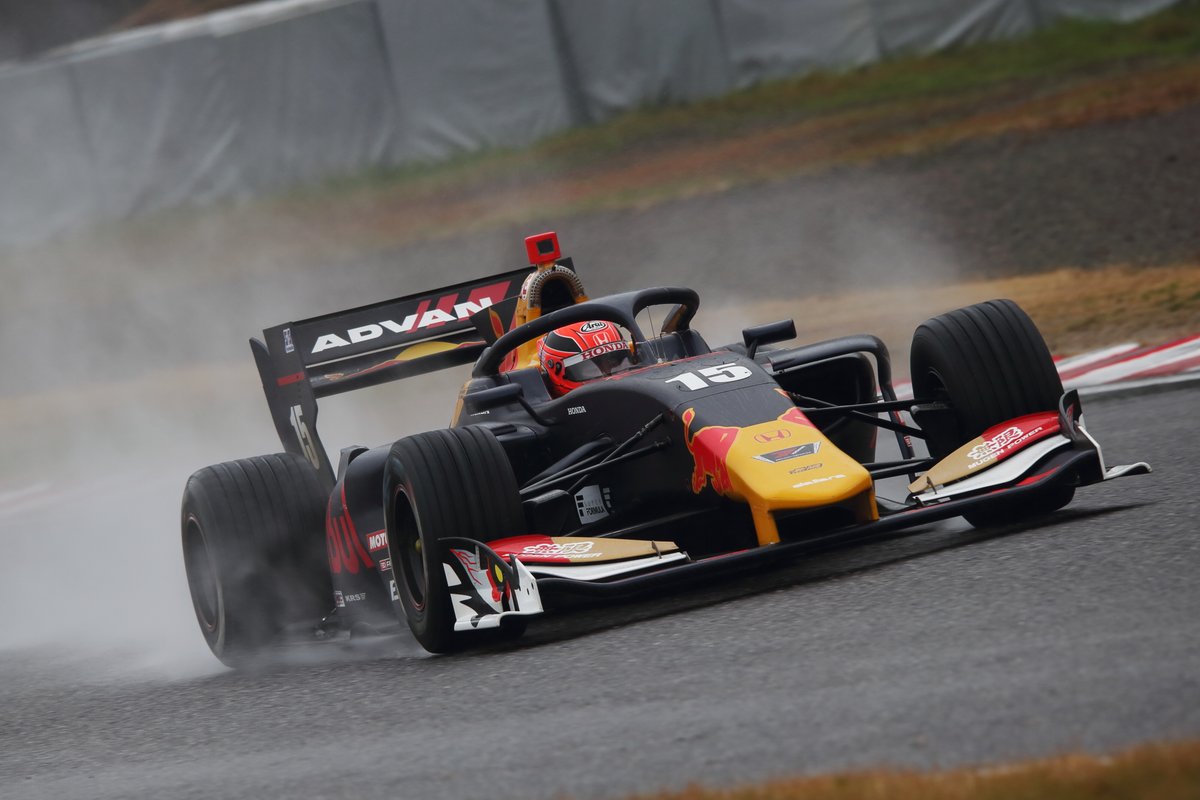 On Thursday, he’ll rack up further mileage in the rookie-only segment of the test along with Super Formula Lights rivals Atsushi Miyake and Hibiki Taira.

Whether Sato’s test chance will translate into a race seat next year remains to be seen. But Nirei Fukuzumi’s shock decision to quit Dandelion Racing in favour of an alliance with the minnow one-car Drago Corse team in 2022 has triggered a reshuffle of sorts, with this year's regular occupant of the #15 Mugen car, Hiroki Otsu, getting the chance to drive for Dandelion at Suzuka.

Whatever happens, it appears Otsu will not be back at Mugen next season. At the time of the final round in Suzuka, Oyu and Ukyo Sasahara were thought to be the leading candidates to replace him, but Oyu was with his regular Nakajima Racing squad at Suzuka while Sasahara sat out the test entirely.

Although it was a shame to see Sasahara on the sidelines after his strong outings for Dandelion earlier this year, he is a known quantity for Mugen, where he raced in 2020 as a replacement for the absent Red Bull junior Juri Vips. Even if he is still a contender for the #15 seat, it arguably made sense to give Sato as much track time as possible to be able to make a fully-informed choice.

Whichever way the final decision goes about who gets the drive, Sato’s test chance shows that the 20-year-old remains highly regarded within Honda - and even if it’s not next year, a future in Super Formula and SUPER GT’s top GT500 class still looks on the cards, despite his Fuji faux pas.