Tatiana Calderon says the final two races of the Super Formula season will be critical in deciding if she stays on in Japan for a third season in 2022, as she gets set to return to the series at Motegi.

Calderon has been out of Super Formula action since April's Suzuka round owing to a combination of her FIA World Endurance Championship commitments and Japan's strict quarantine rules.

But the Colombian has now returned to Japan in time for next weekend's penultimate round of the season at Motegi, and will stay on for the final race of the year two weeks later at Suzuka.

Calderon, who made her Super Formula debut last year with the one-car Drago Corse Honda team, is currently weighing up her options for 2022, with a move to IndyCar having been mooted as a possibility following her test for the AJ Foyt Racing squad at Mid-Ohio in July.

The 28-year-old isn't ruling out staying on in Japan for a third season, but admitted that the Motegi and Suzuka races will play a major role in determining whether this is a possibility.

"First we want to see how these last two races go, and then after the last WEC race [at Bahrain in November] we’ll see what the plan is there," Calderon told Motorsport.com. "I think it will be two important races here.

"It’s still on the table [to stay in Super Formula], but I want to see how the car has developed and how strong we can be as a team in the final two races, and I think it’s the same for the team as well, to see if it makes sense to do another year.

"We are giving ourselves two races to evaluate that, and then we’ll finish the WEC season and see what is available there. It won’t be until November or early December that we make a decision on next year." 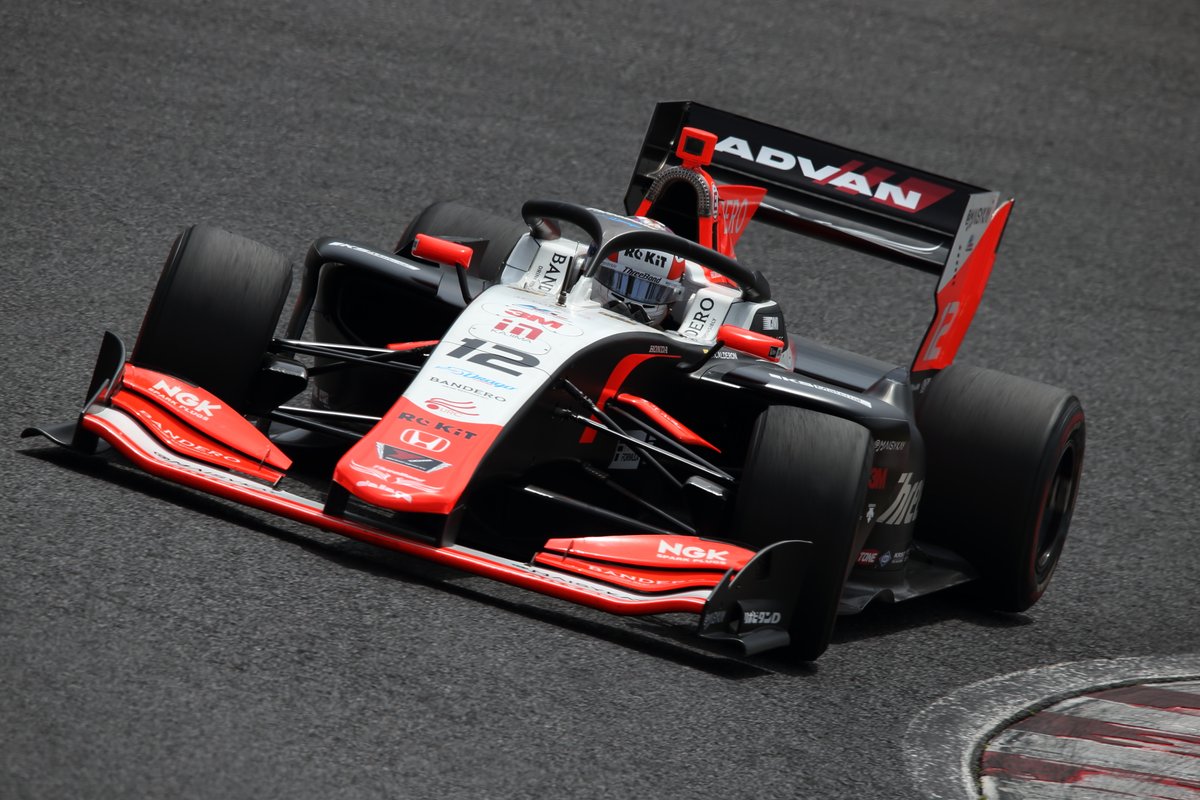 In the three races Calderon has missed, her place aboard the #12 Drago Corse car has been taken by Honda SUPER GT regular Koudai Tsukakoshi, who scored a best finish of 12th at Autopolis.

Tsukakoshi didn't make it beyond the first lap last time out at Motegi in August as he was caught up in a crash with the Dandelion machine of Nirei Fukuzumi.

Calderon has been following Drago Corse's progress from afar, and says the substantial changes made to the car in her absence means predicting how competitive she will be next weekend is difficult.

"I don’t know what to expect because they changed the car a lot, including the dampers," she said. "It’s hard to say about the race pace, because Koudai couldn’t do any laps in the race to see how the degradation is with the new set-up. But just looking at the numbers, it’s a big difference.

"Of course, I want to go out there on track and feel it for myself, and then change some details, maybe move it closer to what I am used to, so we’ll discuss next week with the team and hopefully we can come up with something that works well, because there’s not much track time.

"I think we’ve understood why we struggled so much at Suzuka, and definitely the qualifying pace looks more encouraging. Maybe it has to do with the higher temperatures we have now compared to the start of the year, but the team seems to be more confident about bringing the tyres up to temperature and having a little bit more knowledge about it.

"I’m really curious to go out there and see how much the car has changed. To score some points in either of the final two races is definitely the goal."