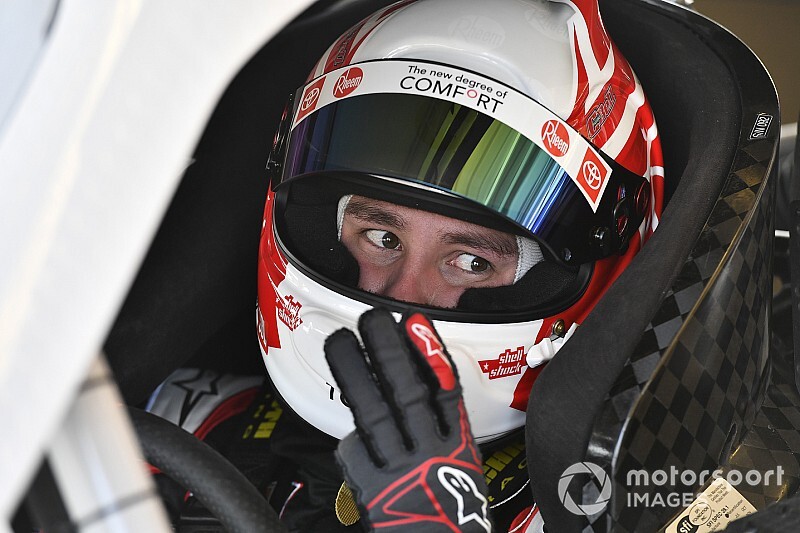 Christopher Bell’s quest for the 2019 NASCAR Xfinity Series championship actually began last year, about a week after he lost – badly – the 2018 title at Homestead.

“We literally started planning for next year the Sunday after we left Homestead. Me and Jason (Ratcliff, crew chief) sat down in his office just talking about how we could have been better and why we were so bad.”

Bell finished 11th in the title race last season and worst among the four championship contenders. The journey back to the Championship 4 this season has been a stellar one.

Bell’s wins this season have come across the spectrum – intermediate tracks, short tracks and he even picked up his first road course victory (at Road America).

“This is what it’s all about. It all comes down to this one next week. I’m ready for it,” Bell said. “I feel really good about where we’re at and our car is going to be extremely strong next week. We’ve prepared a ton for this.

“Ever since we left Homestead last year, we knew that this race was where we needed to improve. Pretty much all year long, we’ve been focused on Homestead.”

In addition to his own preparation, Bell and his No. 20 Toyota team has the benefit of information from a test at Homestead that his part-time teammate at Joe Gibbs Racing, Harrison Burton, participated in August.

If Bell were to win the Xfinity title this weekend, he would become just the fourth driver in NASCAR national series history to win both the Truck Series and Xfinity Series championship in his career, joining Austin Dillon, Johnny Benson Jr. and Greg Biffle.

It will also likely be Bell’s last shot at the time as the 24-year old Oklahoma native will move fulltime to Cup Series next season, driving the No. 95 Toyota for Leavine Family Racing, which will have a technical alliance with JGR.

Still, he tries to keep the winner-takes-all finale in perspective.

“Obviously, there’s a lot of pressure at Homestead. We want to do really well, but I’ve come to the fact to just accept that if it doesn’t go my way, then it’s not meant to be,” Bell said. “I’m really proud of the season I’ve had so far.

“Win, lose or draw, next week I’ll be content with how my season was. I want to win the championship, but if something out of my hands takes it away, then I’ll be okay with that.”