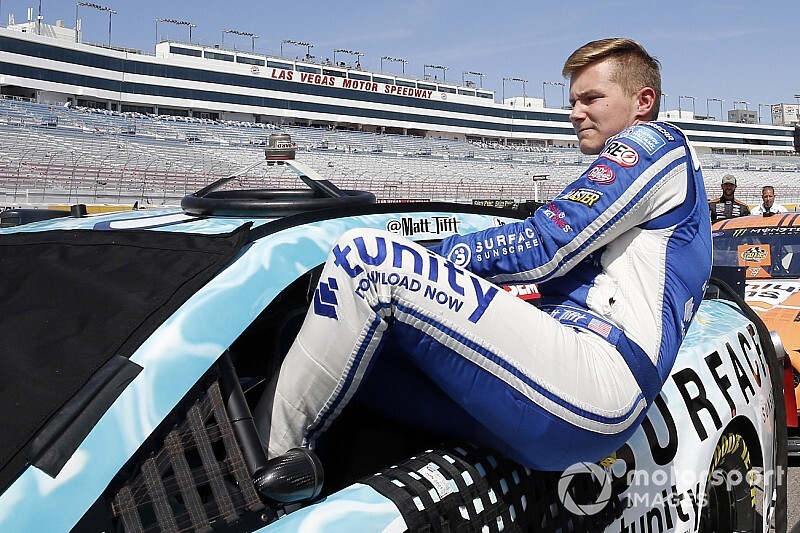 Tifft, 23, suffered what was described as a “serious medical issue” prior to Saturday’s first Cup Series practice at Martinsville (Va.) Speedway and was transported to a local hospital. He was released from hospital later that day and returned home but did not compete the remainder of the weekend.

In a statement Tuesday, FRM said, “Matt Tifft continued further evaluation with family doctors on Monday. It has been determined that Tifft will not compete for the remainder of the season. He will continue to consult with his doctors and work with the NASCAR medical team to return to the driver's seat as soon as possible.”

Xfinity Series driver John Hunter Nemechek will drive Tifft’s No. 36 Ford for the final three races of the 2019 season, making his Cup series debut this Sunday at Texas Motor Speedway.

“This isn’t the way any driver wants to make their Monster Energy NASCAR Cup Series debut,” said Nemechek. “I am hoping that Matt feels better and can get back in his car as soon as possible.

“That is what is important. Hopefully, I can learn a lot and make Matt, the Front Row Motorsports team and its partners proud.”

Said Jerry Freeze, General Manager, Front Row Motorsports: “Our thoughts are still with Matt and his family. We feel that John Hunter can step up and do a great job for us as Matt heals.”

Tifft had missed final practice at the August race weekend at Bristol (Tenn.) Motor Speedway with symptoms of vertigo but was able to race the next day. So far in his rookie Cup season, Tifft has one top-10 finish in 32 starts and ranked 30th in the series standings.

In 2016, Tifft had successful surgery for the removal of a low-grade glioma in his brain.

Austin Dillon to get new Cup Series crew chief in 2020

Truex finds himself in "new territory" at Homestead this year