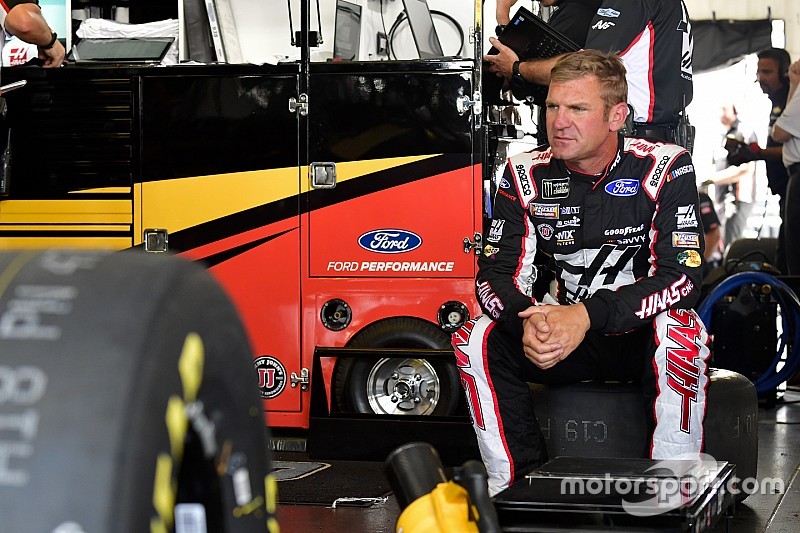 Clint Bowyer and Stewart-Haas Racing enjoyed a strong showing for most of Sunday's race at Dover (Del.) International Speedway , running first through fourth at one point.

But mechanical issues cut Bowyer's once promising race short. He ran up front and even led once before his trouble began in the final stage when he was forced to pit for repairs after contact with Ryan Newman.

The playoff contender had trouble again a few laps later, bringing out the penultimate caution of the race on Lap 393 when he tagged the Turn 3 wall, ending his day just short of the finish.

“We broke and I hit the wall,” said a dejected Bowyer after the incident. “I’m just really disappointed. I’m frustrated with our day, obviously, we had a very fast race car.”

Bowyer, who was scored 35th in the final race rundown, said his bad luck started a few laps before he made hard contact with the wall to bring out the yellow flag.

“I got tore up passing a lapper and then all of a sudden we had a loose wheel, I think it was a loose wheel, and then we went back out and broke something in the front end and it was two different things,” Bowyer explained.

“When we pitted it was something in the rear, obviously, the right-rear, the left-rear was loose, it was all out of control, and then all of a sudden we went back out it was fine, so I took back off and then I think something in the left-front broke, it just went straight – whether I ran over something, I don’t know.

“I’m just sick for Aric (Almirola). He had that race won. It was his win and unfortunately his teammate had trouble and took him out of it.”

Almirola was leading and appeared to have the win in hand when Bowyer’s caution bunched the field. On the ensuing restart, a multi-car wreck erupted that collected Almirola and left eventual-winner Chase Elliott in the lead.

Bowyer falls to the bottom four in the playoff standings and will almost have to certainly win at either Talladega (Ala.) Superspeedway next week or at Kansas Speedway - his home NASCAR track - if he wants to advance to the next round.

Kevin Harvick: "I'd rather win" and "don't really care about points"