Kevin Harvick: "I'd rather win" and "don't really care about points" 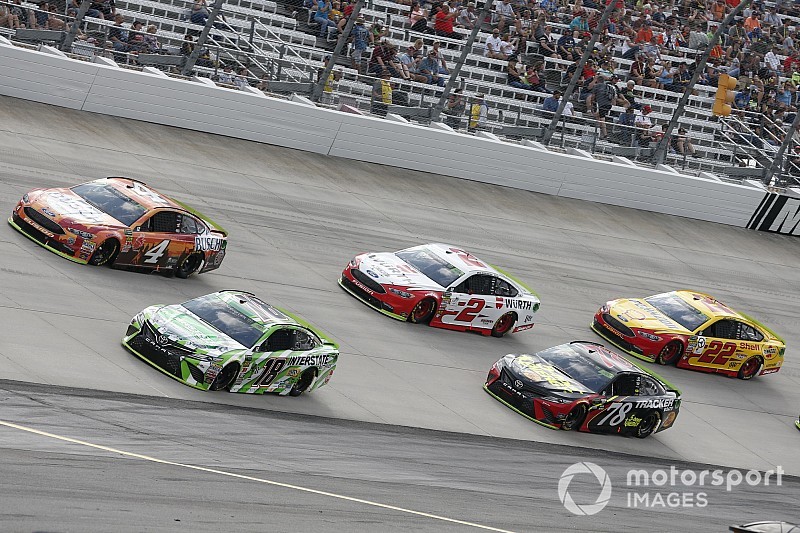 It shouldn’t be a surprise Kevin Harvick didn’t have a lot to say after missing out on a win at Dover on Sunday.

Harvick, who already leads the Monster Energy NASCAR Cup Series with seven wins this season, appeared to be well on his way to his eighth on Sunday and a season-sweep of the Dover races.

He dominated on the way to winning the first two stages of the Gander Outdoors 400 and led 286 of the first 320 laps. A victory would have locked him into the next round of the playoffs regardless of his performance at Talladega, Ala., and Kansas.

But during a late-race green-flag pit stop, Harvick was forced to bring his No. 4 Ford to pit road a second time after a lug nut knocked off the valve stem on the left-rear tire during the initial stop.

When Harvick returned to the track, he was running in 14th and one lap down. He made it back to the lead lap and then was nearly caught up in a multi-car wreck before ending up with sixth-place finish in overtime.

“We were just lucky there and wound up dodging and weaving and being in the right place, so maybe that makes up for the bad luck on losing the race with an absolute dominant car,” Harvick said of the wreck.

Asked about coming back to finish sixth, Harvick said, “I would have rather won.”

And asked if he thought there was any consolation in winning the stages and collecting the bonus points, Harvick said, “I don’t really care about points. I’d rather win.”

There was one more consolation for Harvick, he did take over the series points lead and holds a five-point advantage over Kyle Busch heading into next week’s race at Talladega.

Almirola "frustrated and mad and angry" after Dover loss