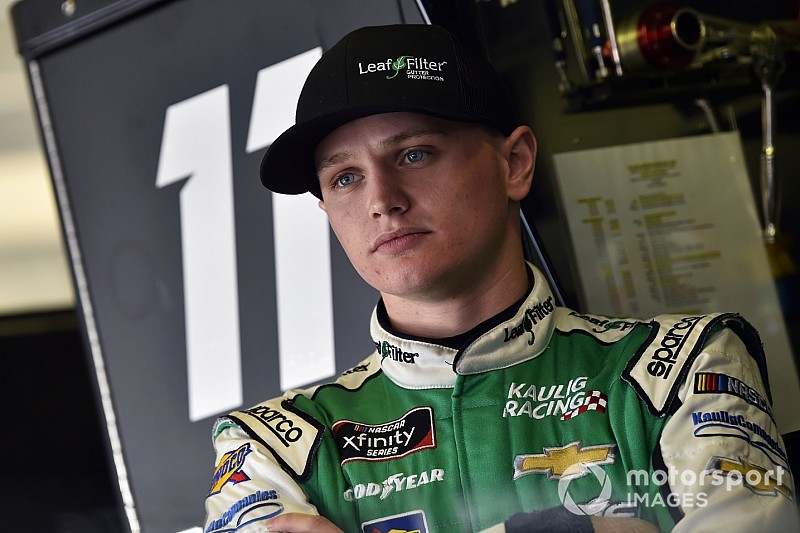 Haley, who is competing fulltime for Kaulig Racing in the Xfinity Series this season, will also make his debut in the Monster Energy NASCAR Cup Series in Sunday’s GEICO 500.

Haley, who will turn 20 years old on Sunday, will compete in Spire Motorsports’ No. 77 Chevrolet with sponsorship from the Fraternal Order of Eagles, a non-profit organization that has supported Haley in much of his NASCAR career.

“This is a dream come true,” Haley said. “I couldn’t be prouder than to make my Monster Energy NASCAR Cup Series debut with Spire Motorsports and the Fraternal Order of Eagles.

“The F.O.E. has supported my career since the beginning and it feels like our program will come full circle when I make my debut on NASCAR’s biggest stage this weekend at Talladega. I’m incredibly grateful to both Spire Motorsports and the F.O.E. for this opportunity.

“I’m excited to get on track and see what we can do.”

Last season in Trucks with GMS Racing, Haley won three races and finished with nine top-five and 18 top-10 finishes. In his first fulltime season in Xfinity this year, Haley is 11th in the series standings with six top-10 finishes.

“Justin Haley is a proven winner and a future superstar,” said Spire Motorsports co-owner T.J. Puchyr. “Justin has won at several levels and knows what it takes to compete with the best in the business. He’s a very talented, smart racer so we’re confident he’ll do a good job this weekend.”

Dale Jr. and Kelley Earnhardt Miller's mother passes away at 65