Dale Jr. and Kelley Earnhardt Miller's mother passes away at 65 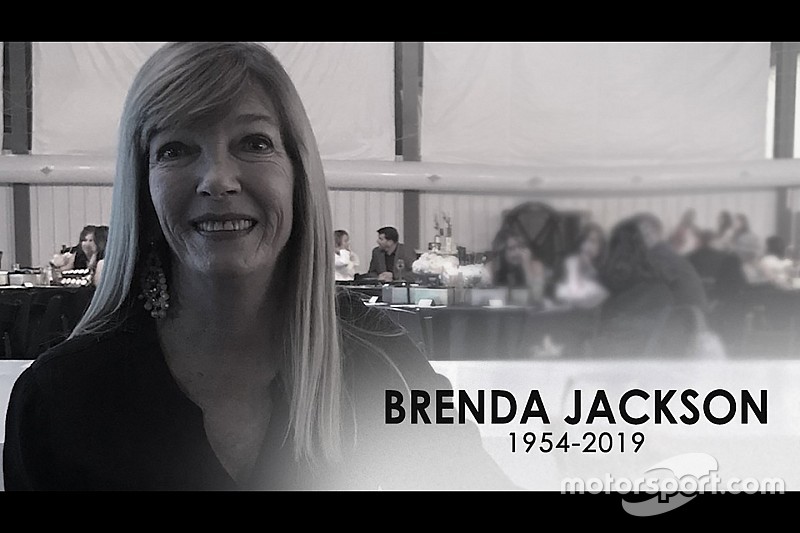 Brenda Jackson, the mother of Dale Earnhardt Jr. and Kelley Earnhardt Miller, has lost her battle with cancer at the age of 65.

JR Motorsports revealed the news on Monday following Easter weekend, stating that Brenda Jackson passed away at the age of 65 after a battle with cancer.

Not only was she the mother of two of the most recognizable names in NASCAR today, Jackson was also a longtime employee of JR Motorsports dating back to 2004.

"I’m a very, very lucky woman, as I get to interact with my kids almost every day,” Jackson said last year per JRM’s release. “I’ve got two bright, beautiful kids that I am very proud of. Kelley’s standards are very high. She conducts herself that way and she expects that of everyone else. Dale Jr. just gets bigger and bigger. I am very proud of his accomplishments, but as a mother I am proudest of the way he handles himself with honesty and the way he cares about his family and his friends."

Brenda and NASCAR Hall of Famer Dale Earnhardt married in 1972 before later separating. She was also the daughter of legendary NASCAR fabricator Robert Gee.

JRM described Brenda as a charismatic and humorous person who helped the team reach new levels as an organization. "Known for her wit, charisma and unparalleled ability to cut to the heart of any matter, Jackson became an instant favorite to her friends and colleagues at JR Motorsports when she joined the company as an accounting specialist in 2004," the release read. "Her sarcastic musings and straightforward approach injected a brand of humor at JR Motorsports that became part of its fabric as it grew into a full-time NASCAR racing operation in 2006 and a championship-winning organization in 2014."

Chase Elliott: How teamwork “changed the game” at superspeedways