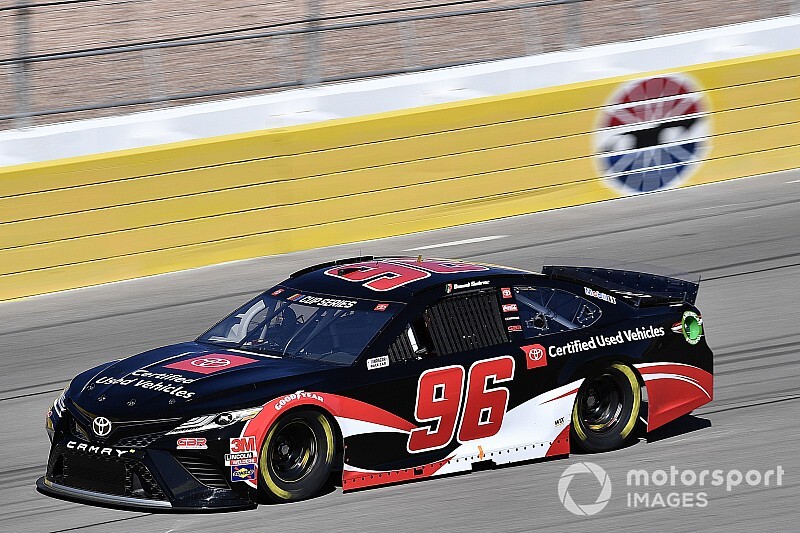 While the start of Daniel Suarez’s 2020 season could not seem to have gone much worse, he was able to extract a measure of hope from his race last week at Las Vegas.

Suarez’s No. 96 Gaunt Brothers Racing team failed to qualify for the season-opening Daytona 500 and on the first lap of last week’s race at Las Vegas, Suarez brought out the first caution on Lap 2 when his car stalled on the frontstretch.

He was eventually able to get back in the race once his crew addressed an ignition problem but by then he ended up four laps down and finished 35th.

“A lot of people don’t know this, but I left Las Vegas very happy. The way team progressed and the way everything went down after that problem, I was actually very pleased with how everything worked out,” he said Friday at Auto Club Speedway in Fontana, Calif.

“We still have a lot of work to do in building the team. We’re still hiring some people and figuring out ways to get cars and stuff like that. We have to keep working.”

Asked what he thought was possible last week had his car not experienced the ignition problem, Suarez said, “I think we could have finished somewhere inside the top-20. The car was fast enough to do that.

“The problem was we never had track position or contending for it. But the lap times and everything were pretty sporty.”

Suarez said this weekend’s race Auto Club Speedway may actually present more of a problem for his young team. The worn surface and aero package will require a car that helps provide downforce and grip.

“Unfortunately, we just don’t have that,” he said. “I feel like this is one of those places where I will have to work extra hard to make up for everything the car is not giving me.”

Still, Suarez tries to remain upbeat about the future. But he admits he is not a very patient person.

“That’s the way it is sometimes; you have to work through different circumstances,” he said. “I just feel very proud to have great people around me, including Marty Gaunt, the owner of the team and the amazing support behind us.

“We just have to be patient, keep building and keep growing.”