Yamaha and Petronas SRT have begun sounding out potential candidates to replace Valentino Rossi in 2022 should the MotoGP legend retire at the end of this year, Motorsport.com has learned.

Nine-time world champion Rossi is in his 26th season of grand prix racing but is currently in the midst of his worst campaign, having scored just 15 points from the first six races.

This has left him 19th in the standings ahead of this weekend’s Catalan Grand Prix having scored a best of 10th last weekend in a crash-strewn Italian GP.

Rossi has made clear for some time that he will decide on his MotoGP future after the opening half of the 2021 season, while it is known that there are performance criteria in his current Yamaha contract he must meet before any discussions about 2022 can be had.

Due to Rossi’s stature, SRT officials have kept quiet about its 2022 future, but have been shopping around for potential replacements.

Motorsport.com understands that title sponsor Petronas is set to renew its agreement with SRT, while Yamaha will remain SRT’s manufacturer beyond 2021 – though this is yet to be officially announced, and was no guarantee as Yamaha engaged in discussions with the VR46 team.

It is likely current SRT rider Franco Morbidelli will take over the factory machinery that Rossi current rides in 2021.

In an interview with Motorsport.com's Spanish language edition, Morbidelli admitted: “I still don’t know what bike I’ll be riding next year, but I will be riding for Petronas.”

While Morbidelli does have a contract with SRT for 2022, a source close to the rider told Motorsport.com that the Italian could extract himself from that deal should a factory team offer come his way.

“There is a clause in Franco’s contract that would allow him to leave his team in the event of an offer from an official team,” the source said.

To date, this has yet to happen.

As for who could partner him in 2022 should Rossi retire, a source close to SRT confirmed race-winning Moto2 rookie Raul Fernandez is top choice. 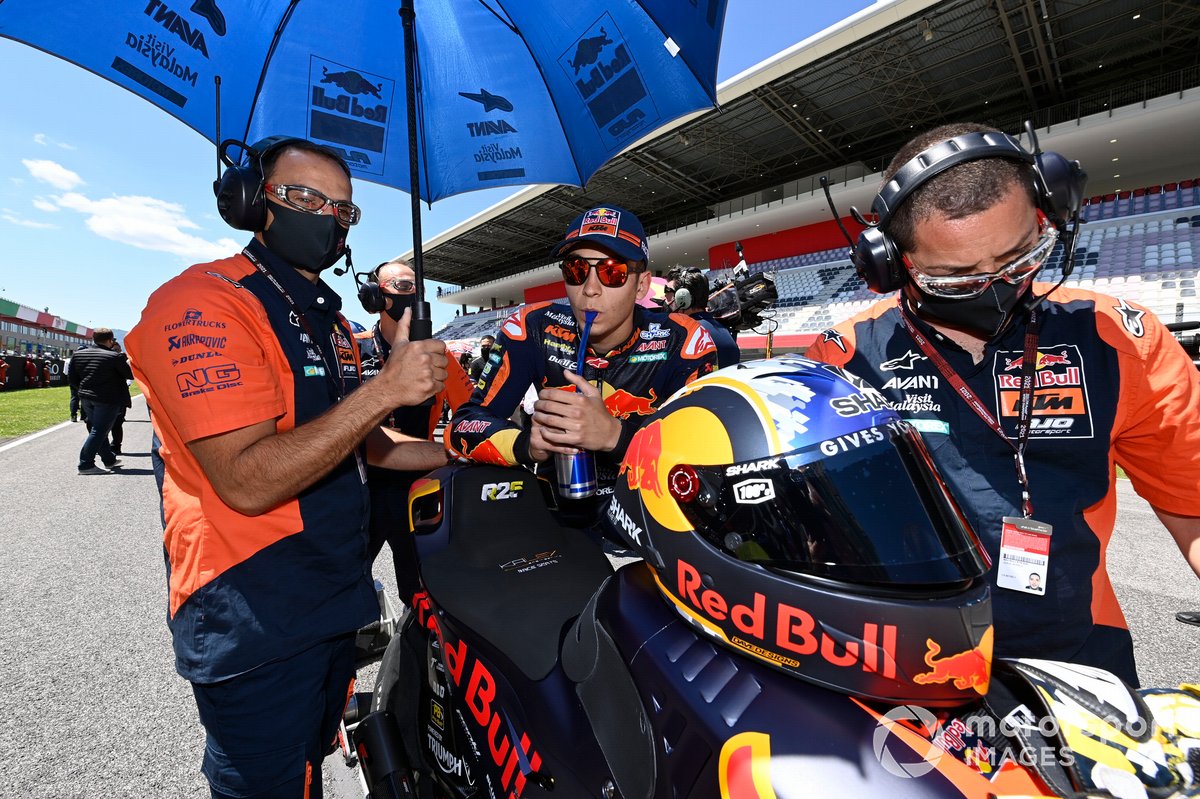 However, they noted: “The first choice is Raul Fernandez, but bringing him in is almost mission impossible.”

Fernandez is closely tied to KTM – with which he races in Moto2 under the Ajo KTM banner – with the Austrian marque introducing financial penalty clauses in contracts to stop riders escaping.

SRT boss Razlan Razali and Yamaha boss Lin Jarvis have met with Fernandez’s entourage this weekend in Barcelona about the possibility of bringing him to SRT for 2022 despite the difficulties in extracting him from his current KTM deal.

Fernandez, incidentally, has been linked to a move to Tech 3 in MotoGP alongside his current Moto2 teammate Remy Gardner.

Other names linked to SRT from Moto2 include Joe Roberts – who turned down an Aprilia race ride for 2021 – and SRT Moto2 rider Xavi Vierge.

Its other Moto2 rider Jake Dixon has also been linked, though the relationship between both parties has strained lately.