MotoGP world champion Fabio Quartararo was “so on the limit for nothing” in a tough Valencia Grand Prix qualifying in which he was eighth and “sad” at not understanding why.

The Yamaha rider admitted he was “totally lost” after ending Friday practice down in 11th, but looked to have made a turnaround in form for Saturday’s FP4 in which he displayed a strong race pace.

But that form didn’t carry over into qualifying, with the Yamaha rider ending up over six tenths off the pace in eighth with a lap that was also six tenths slower than his pole time from 2019.

“Last week we make a mistake in FP4, but the qualifying for me was just the circumstances that we changed something and it was not working,” Quartararo said when asked by Motorsport.com if he suffered the same issues as in Portugal.

“Today FP4 went pretty well, I had a great FP4, and to be honest in a bad situation right now because – I don’t know if it’s the track or not – two years ago we managed to get much better pace, we were in 29.

“Franco [Morbidelli] last year make a 1m30.0s if I’m not wrong, and we are both seven tenths slower.

“So, I’m really not happy how things went, and I would like to understand why because already on the braking with the hard it was way too soft.

“So, tough to understand, but I would like to know why we had such a bad feeling today.”

Quartararo added that he felt like he was on laps that would challenge for pole because he was having to push through a lack of “front support”.

“The front tyre from FP3 to FP4 we just changed to hard and was such a better feeling, but on the qualifying we just had no front feeling, no front support, the turning was really bad,” he said.

“I didn’t manage to get the lap, but I make two laps in 1m30.6s and I was looking like I was racing for the pole position.

“I felt so much on the limit for nothing, and to be honest it’s quite strange and sad to don’t know what happened.

“We need to understand because tomorrow’s going to be a long race and I still don’t know why we are that slow.” 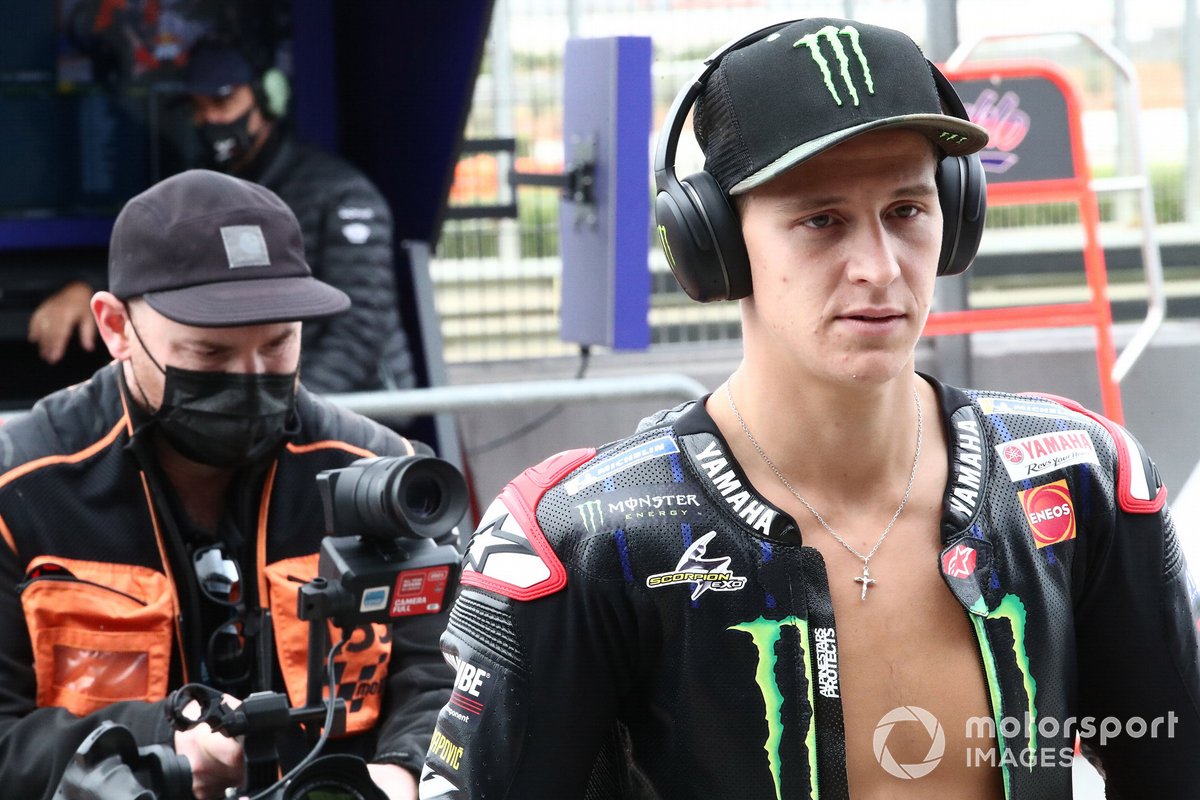 Quartararo’s plight comes as Ducati locked out the top three with Jorge Martin on pole, while four Desmosedicis occupy spots in the top five.

Commenting on this, the Frenchman noted: “Well, for a non-Ducati track to have four riders in the top five, I think it’s a little bit of a Ducati track right now.

“But all these riders are really fast, but the thing is two years ago we made the pole position, we were doing pace of 1m30s low in the qualifying and right now to make a 1m30s is a nightmare.

“So, can’t understand what is happening and we miss a lot of things.”