Petronas Yamaha's Fabio Quartararo admits it’s “difficult to win a race” in MotoGP on the Yamaha if he’s not leading due to the bike’s lack of power. 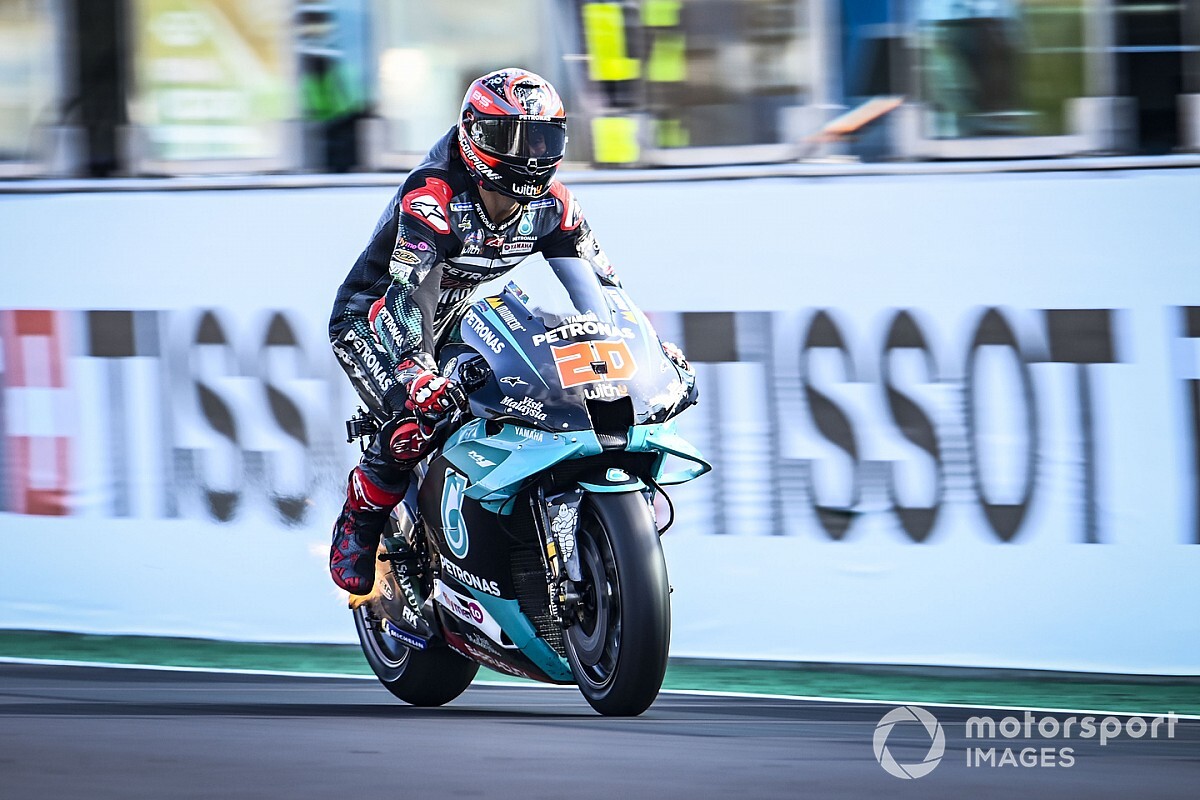 The Yamaha has won four times this season in the hands of Quartararo at the Jerez double-header, his teammate Franco Morbidelli in the San Marino Grand Prix, and Maverick Vinales in last weekend’s Emilia Romagna GP.

Despite its hit rate outstripping the other manufacturers in 2020, Yamaha has been affected by engine issues, which necessitated a reduction in revs for all four M1 riders and led to a tough Austria double-header in August for them.

At the second Misano weekend, the fastest Yamaha was over 11km/h down on the fastest Ducati through the speed traps.

As a result, Yamaha riders can’t keep up with the bikes ahead on the straight and attempt to overtake on the brakes, nor can they utilise the M1’s cornering strength.

Quartararo got stuck behind the KTM of Pol Espargaro for much of the Emilia Romagna GP, but was unable to find a way past until lap 24 of 27 – by which time the Suzuki of Joan Mir had recovered from 11th to jump the pair of them into second.

“We are struggling a lot to overtake people, and if you are not doing like Maverick [did and lead from the start] it’s difficult to win a race,” Quartararo said. “I won my two races like this, like Franco, like Maverick.

“So, when you are behind someone who has much more engine than you, you can’t really do better. So, happy for Maverick because he deserves it.

“Let’s see for Barcelona, it’s a track I love but it has a straight of 1km, so I don’t know what to think about it.

“But it’s a track that I’m really looking forward to being at because I think it’s a track where we can get something really good.”

Vinales, who led for the first six laps of last Sunday’s Misano race and went on to win after long-time leader Francesco Bagnaia crashed on lap 21, agreed with Quartararo’s views having experienced something similar in Sunday’s warm-up session.

“I quite agree, honestly,” he replied when asked about Quartararo’s comments.

“This morning I exited behind a few riders and even if I was a bit faster I could not overtake and the only thing I was doing was warming up the brakes and it was difficult to control also the pressure of the tyres.

“So, at the moment it’s our weak point, but we need to find out how to fight back when we get overtaken.

“I was a little bit upset [in warm-up] because if [Jack] Miller was in front of me, what can I do?

“If I’m going a little faster I cannot overtake him on the rest of the lap.

“So, my only target was to be first, and after I was first in the first lap, then I say ‘OK, now I need to do my rhythm’.

“But if you start first, then it’s another race.”