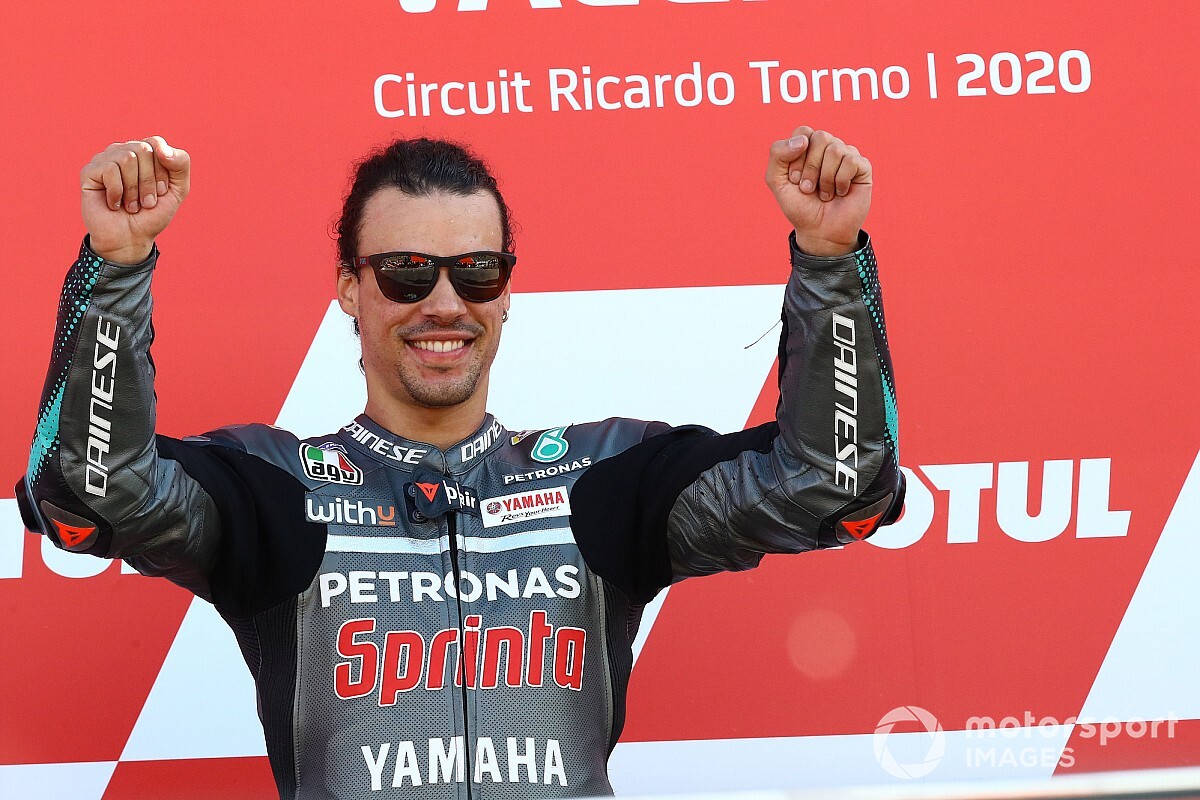 Petronas SRT’s Franco Morbidelli called his victory in the Valencia Grand Prix after a last-lap duel with Jack Miller his “best race in MotoGP”.

Morbidelli started Sunday’s race from pole and led for almost the entirety of the 27-lap contest, pulling a gap of over a second to the chasing pack at one stage as he comfortably lapped in the mid 1m31s.

But in the latter stages Pramac’s Miller began to reel in the Yamaha rider, and was right on his tail as they started the final lap.

The pair engaged in a thrilling battle for the lead, with Morbidelli getting the upper hand with a daring move at the Turn 5 right-hander – after which, he cannily defended the position and managed to lead Miller across the line by 0.093 seconds.

Tallying up his third win of the season, Morbidelli moves up to second in the standings ahead of the final round.

“Yeah, I think it was my best race in MotoGP so far.” Morbidelli said when asked by Motorsport.com if he considered it as such.

“[I had a] super-high rhythm and a super-nice battle at the end. So, yeah, definitely it was my best race in MotoGP so far.”

The SRT rider’s other two wins this season at Misano and Aragon came in different circumstances, with Morbidelli controlling the pace before easing away from the pack.

Morbidelli admits he knew he could be “tough in a fight”, but had only done so in Moto2 and lower down the order in MotoGP.

So, to come out on top in a last-lap battle for victory acted as “proof” he could do it at the highest level.

“I knew that I can be tough in a fight,” Morbidelli said when asked if he learned something more about himself as a rider in this race.

“I knew that. I just did it in Moto2 or MotoGP for not top positions.

“It was nice to have a fight and give myself proof also in MotoGP at the last lap against a great rider for the victory.