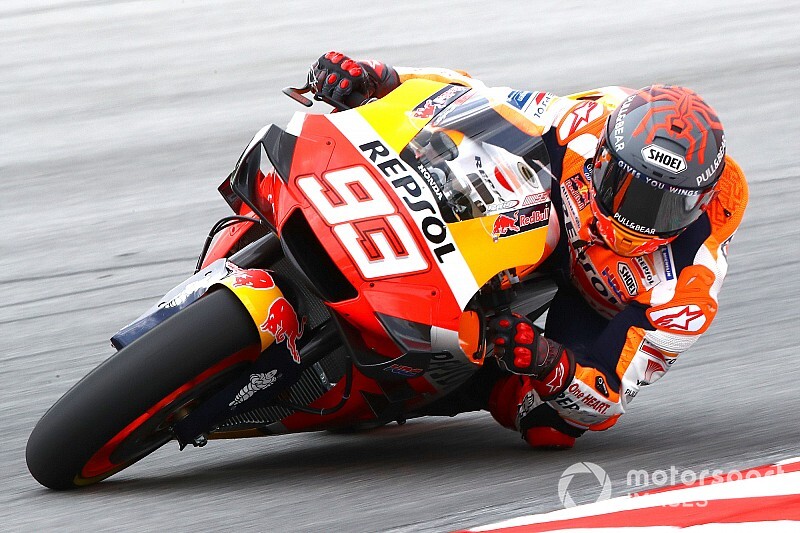 Marquez, who romped to the 2019 title despite having his preparations for the season compromised by recovery from surgery on his left shoulder, has had his right shoulder operated on in November.

Though he is in less pain than he had been at this point last year, the second surgery left him with damage to the deltoid muscle, and he is yet to build up sufficient muscle mass to feel strong enough on the bike.

"I already expected [to struggle] before riding the bike - but when I rode the bike the first time in the first run, I felt worse than what I expected," said Marquez after sampling the Honda on the first day of Sepang testing.

"Especially the position on the bike, was difficult to use the elbow on the corner.

Marquez, who surpassed his target of 30-35 laps with 37 on the opening day, says he will aim for 45 on day two and will just look to "survive" in Sunday's final session.

"What I learned last year, here in Malaysia test, what I will do, is I need to be patient and forget the screens, forget the laptimes, try to ride, try to find my best.

"I'm not ready to be fast. Now if it's a race distance, sure I will not finish the race - but we will see if tomorrow if I will feel better and third day better, this is the main target.

"It's true that now I need to be patient. The most important is to find a good base, and the Qatar race is still one month to go, still we have one test in Qatar [before that], so [we need to] be patient and keep calm."

Marquez's new teammate - his Moto2 championship-winning brother Alex - was just one place and a quarter of a second slower on Friday.

He said he was further along in his adaptation to MotoGP than he'd expected, and that he'd made a clear "progression" from the shakedown runs earlier this month. 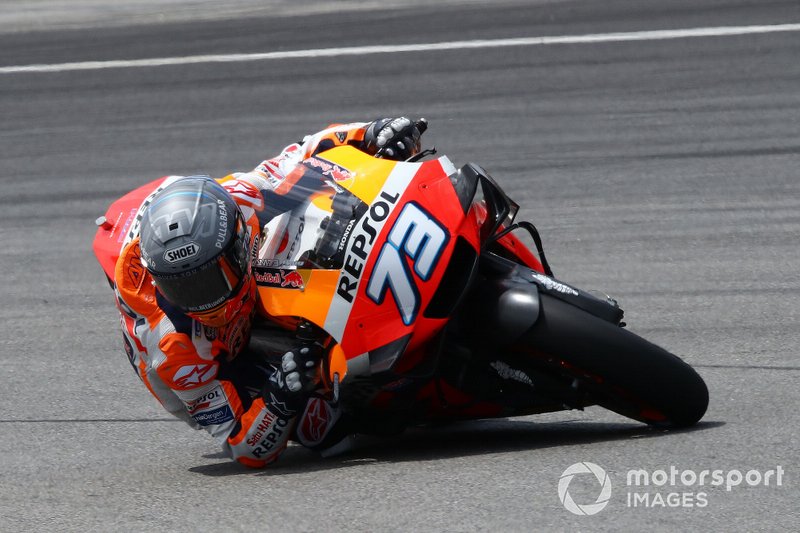