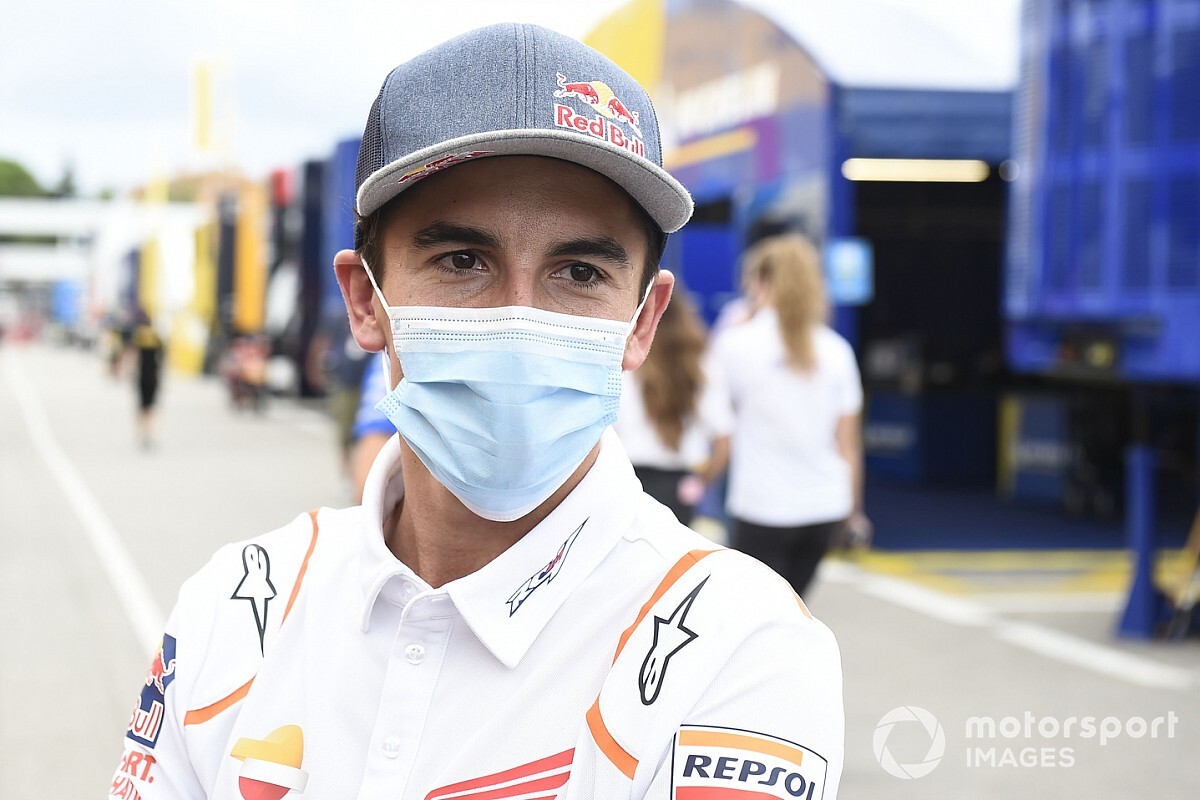 Stefan Bradl claims he will see out the 2020 MotoGP season, meaning injured world champion Marc Marquez will not return for the final three rounds.

Marquez broke his right arm in a crash during July’s Spanish Grand Prix at the start of the season and has been out since.

The Honda rider attempted to stage a comeback at the second Jerez race just days after surgery, but was forced to abandon this after qualifying, and subsequently required a second operation when he rebroke the plate in his arm.

Honda confirmed in August he would be out until at least the end of October, though there were rumours he would be back on the bike at either of the Aragon races.

HRC test rider Bradl has been deputising for Marquez since the Czech GP and told Servus TV “it’s a fact” he will see out the final four races of 2020 with Honda.

“So I'm going to finish the season,” Bradl said. “I noticed that yesterday. I don't know if I can say it officially. But it's a fact.

“Marc has to concentrate that everything is going to be okay. I don't think it's worthwhile for him to take the risk of trying anything. He has to get well again.

"In the meantime, there is still a lot of work waiting for me. “After the two Valencia races I'm going to Jerez for a test and then on to Portimao for the finale.”

Earlier this week rumours surfaced that Marquez would require a third operation on his arm, but Honda dismissed this and stated his recovery was “proceeding as planned”.

Bradl’s best finish of the season came at the wet French GP at Le Mans, when he finished eighth, while teammate Alex Marquez has scored back-to-back podiums at Le Mans and the Aragon GP.

Marc Marquez’s absence from last weekend’s Aragon GP mathematically ruled him out of championship contention, marking just the second time since he stepped up to the premier class in 2013 than he will not be champion.