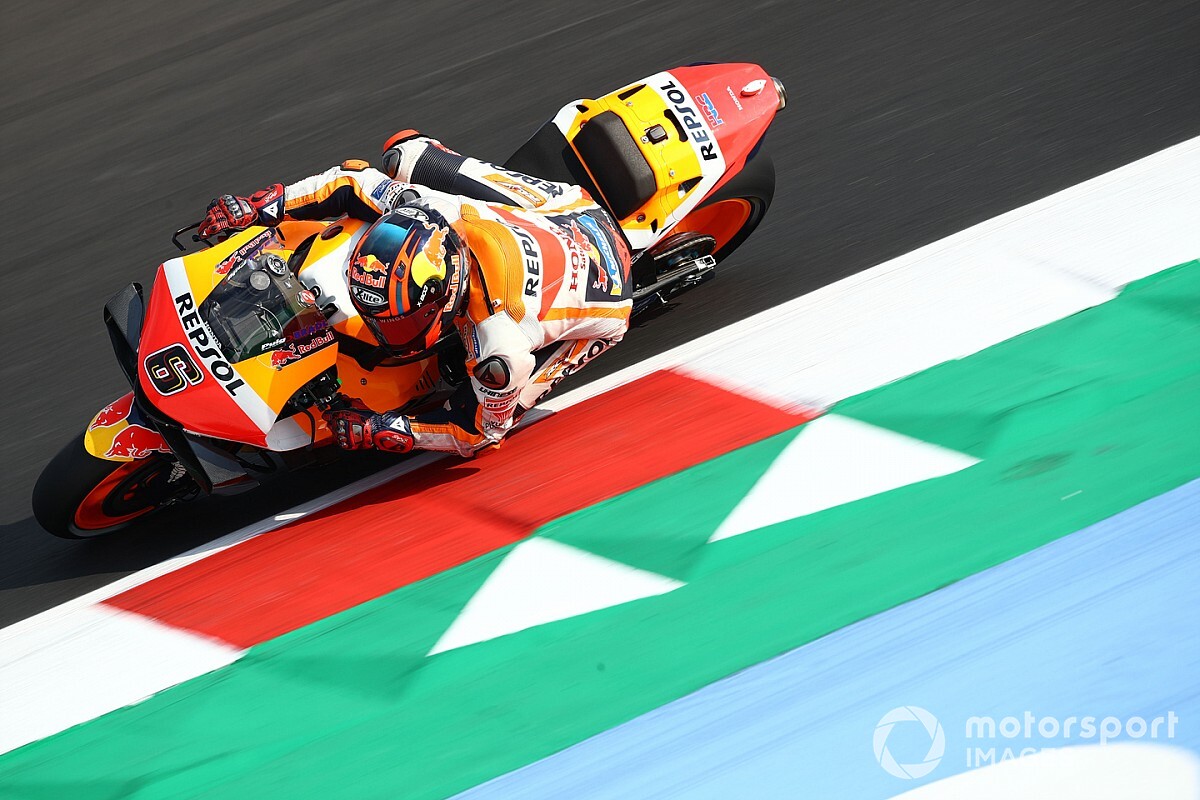 Honda MotoGP rider Stefan Bradl has been ruled out of the remainder of the Emilia Romagna Grand Prix weekend due to arm pump.

Bradl reported nerve issues with his arm after the first race at Misano - the San Marino Grand Prix - last weekend and subsequently sat out the test at the same venue on Tuesday.

The German rider returned on the bike on Friday for first practice but could only finish 20th among 21 riders, 1.663s down on pacesetter Fabio Quartararo of Petronas Yamaha.

Following FP1, Honda revealed in a statement that Bradl will not take part on the rest of the weekend, but didn't announce whether he'd be replaced by another rider.

"Unfortunately I am still having problems with my right arm and I am not able to ride in a safe and consistent manner," he said.

"I spoke with my doctor and we performed a small operation to clean the nerve before the weekend but when they opened my arm, they saw the situation was more complicated than I first thought.

"I came to Misano with the intention of racing because my doctor told me it would be okay to race. But in this situation I do not feel I can rider safely over a whole race. Together with HRC we have decided to take the rest of the weekend to recover before Barcelona."

Bradl is the third rider from Honda's fold to miss a MotoGP race this year after Marc Marquez and LCR man Cal Crutchlow.

Marquez dislocated his shoulder at the season opener in Jerez and made a failed attempt at making a comeback at the Spanish venue a week later, before withdrawing from the event.

Honda said in August that he could be away from action for at least two to three months following a second surgery on his shoulder.

Marquez's seat has been occupied by Bradl since the third round at Brno.

Crutchlow, meanwhile, underwent an arm pump surgery after the Styrian Grand Prix and was forced to pull out of the San Marino Grand Prix after taking part in Friday practice.

He has since skipped both the Misano races, but is aiming for a grand prix return in Barcelona later this month.

Injuries for Honda riders has left the Japanese manufacturer fifth in the standings, only ahead of Aprilia, with LCR's Takaaki Nakagami its top rider in ninth in the riders' championship.