Honda has announced that test rider Stefan Bradl will stand in for six-time MotoGP world champion Marc Marquez in the opening races of the 2021 season in Qatar.

Honda announced on Monday Marquez would not make his long-awaited MotoGP return from injury in this weekend’s season-opening Qatar GP having been advised against doing so by his doctors.

Marquez then revealed his absence would extend to the Doha GP also, with the Spaniard set for another check-up by doctors on 12 April ahead of the Portuguese GP.

“First of all I want to say thank you to HRC and wish Marc all the best on his continued recovery,” Bradl said.

“Hopefully we can have another strong weekend and gather some good information for Honda.

“It will be great to race in Qatar again, it has been a while since I have raced there but certainly the two tests have me up to speed with the track so I don’t think this will be a disadvantage to us.

Bradl carried out double duties across the 2020 season, continuing his testing work for HRC while taking part in the condensed race calendar.

He ended the season with a best result of seventh at the Portugal finale.

Bradl’s pre-season has been busy, with the German carrying out a number of private tests for Honda as well as running in the Qatar test last week.

His vast track time this year has angered some, as it has been known for some time that Bradl would be Marquez’s stand-in should Honda need.

There were rumours late last year and at the start of 2021 linking Andrea Dovizioso – ousted from his Ducati seat at the end of last season – could line up for Honda as Marquez’s stand-in at the start of the season.

However, Honda eventually put these rumours to bed and confirmed Bradl would once again be its option.

Last week, Aprilia announced it would run Dovizioso on its RS-GP at a private three-day test at Jerez on 12-14 April. 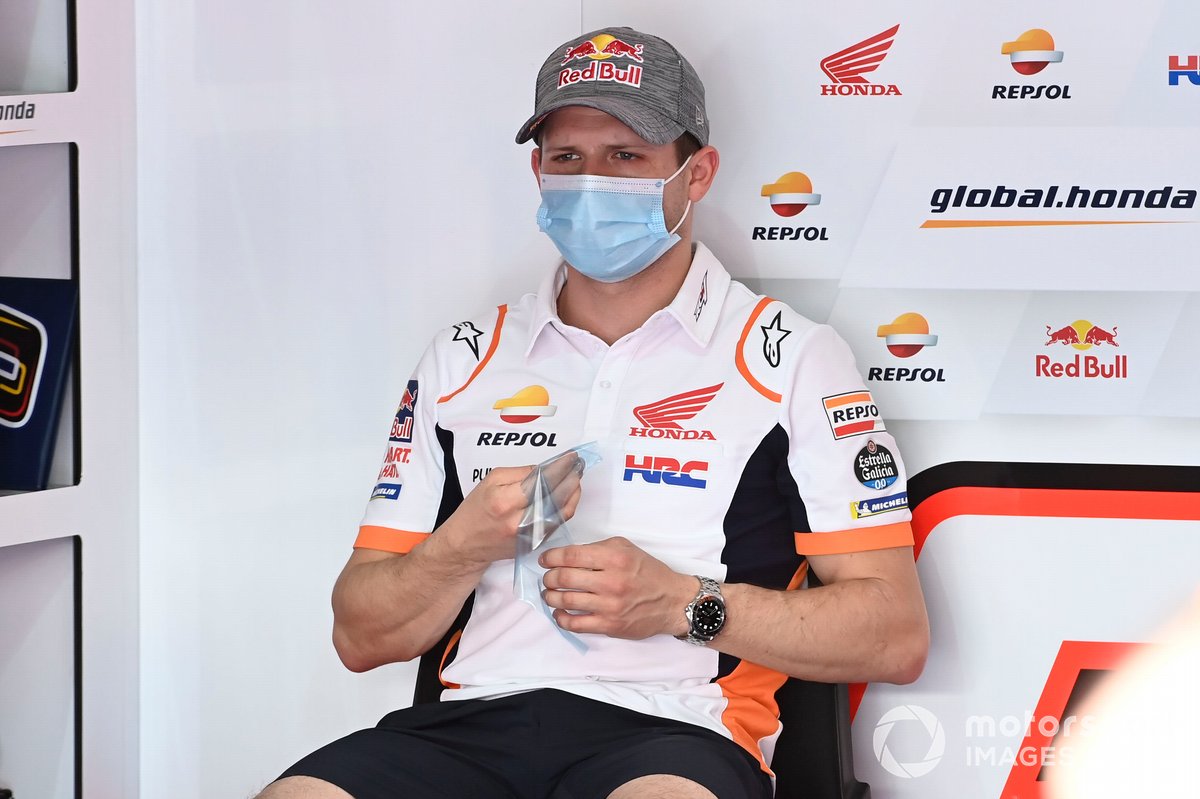