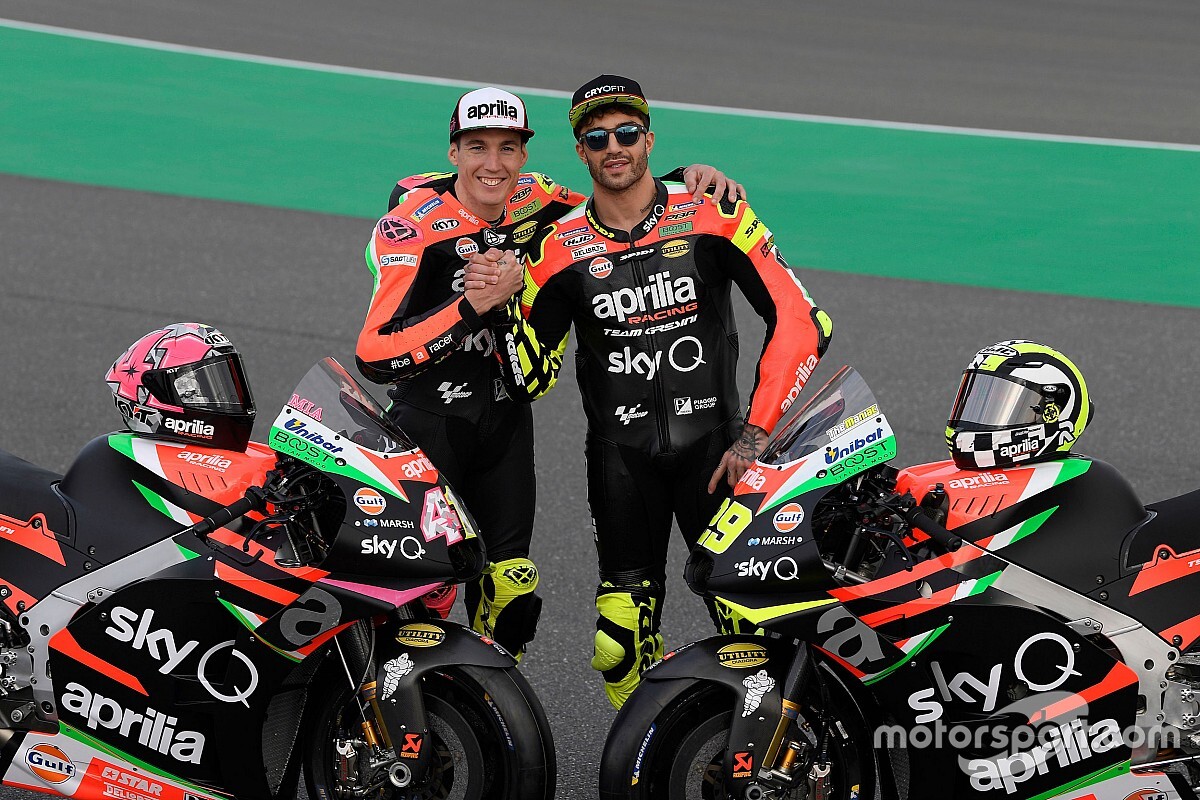 One-time MotoGP race winner Iannone lost his appeal on Tuesday to have an 18-month doping ban overturned having not provided the Court of Arbitration for Sport with enough evidence to prove he ingested a banned steroid through contaminated meat at last year’s Malaysian GP.

The CAS panel also upheld the World Anti-Doping Agency’s appeal to have the ban extended to the maximum four years, leaving Iannone’s career in ruin.

Aprilia continues to stick by Iannone and believe in his innocence, while the latter said the “injustice” had “ripped my heart apart from my greatest love”.

When asked by Motorsport.com for his thoughts on the CAS decision, Espargaro said: “[I’m] very upset especially on the personal side because just he knows if he did a mistake or if it was contamination, but in the end a four-year ban is ridiculous.

“With one-year ban, or the 18 months [he was currently serving] is more than enough.

“Four years is an abuse and it’s completely too much for me. But WADA has decided this, so there’s nothing to do anymore.”

He added: “It’s not that I have doubts [about the ruling], it’s just in the end nobody knows [the truth], just he knows.

“If Andrea says it was for meat contamination, I can trust him, why not? In MotoGP actually, you don’t really gain a lot by taking drugs. But he’s the only one who knows what he did.

“The only thing I can say is four years is too much, even if he did take the drugs.

“And if it was meat contamination, then even more. Even if he took it [intentionally], it’s too much.”

Espargaro says he spoke with Iannone on Tuesday and asked him to come to Valencia this weekend to be with the team.

Iannone’s ban has forced Aprilia to look at alternate 2021 options, with Motorsport.com reporting this week Moto2 rider and Valentino Rossi protege Marco Bezzecchi has emerged as a favourite.

With outgoing LCR rider Cal Crutchlow’s pre-agreement with Aprilia expiring last month and him now reportedly nearing a Yamaha test rider role, Espargaro admits the “best thing” now is for the marque to take on a young rider.

However, he says this will mean he will have to largely develop the RS-GP by himself once again in 2021.

“Bezzecchi can be the world champion this year as well and he has no MotoGP bike for next year.

“So, I think also [having] Italians is good for Aprilia. I’m a little bit upset because they will not be able to help me from the beginning.

“So, once again next season looks like I’m going to be a little bit alone in developing the bike, which is not good at all.

“But this is the situation how it is. So, if at the end if it’s a young rider coming it will be difficult for me one more year, but it is how it is.”