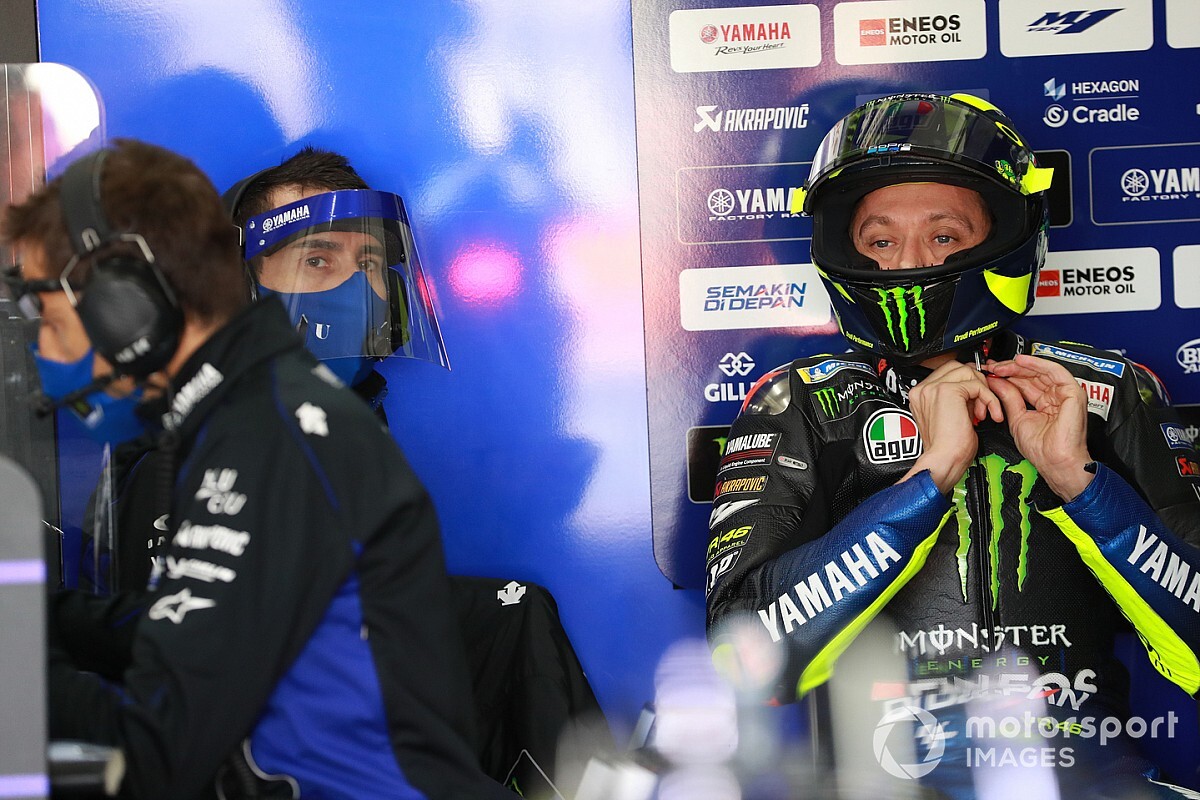 Yamaha MotoGP rider Valentino Rossi has been cleared to race in this weekend’s Valencia Grand Prix after returning a second negative COVID-19 test.

Rossi was forced to miss the Aragon double-header last month after catching the virus between the French and Aragon Grands Prix.

Having initially tested positive again last Tuesday, Rossi cleared the other tests he had to take and was able to take part in the European Grand Prix last weekend.

However, on Tuesday having returned home to Italy Rossi tested “positive with a very low viral load” and was recommended by doctors to take another two tests.

The first one take on Wednesday returned a negative result on Thursday, with his next one taken this morning also returning negative.

Rossi has now been cleared to take part in this weekend’s Valencia GP alongside his crew after they cleared all the relevant tests.

Earlier on Thursday, a source from Yamaha confirmed the Japanese manufacturer would not be lining up a replacement for Rossi this weekend should he have been unable to race.

Last week Yamaha put American World Superbike rider Garrett Gerloff on standby to replace Rossi if he was to miss the European GP.

As Rossi wasn’t cleared to ride in time for Friday’s practices, Yamaha put Gerloff on the bike for both sessions.

The American impressed, ending the day just 1.5 seconds off the pace on the combined timesheets.

Yamaha will still be missing members this weekend, after five team personnel – including team manager Massimo Meregalli – were forced into quarantine last week when one of Maverick Vinales’ crew tested positive for COVID-19.

This followed on from last month when six members of Yamaha were forced to quarantine ahead of the French GP when one tested positive for COVID-19.

Rossi’s first race back since the French GP last weekend ended after just five laps owing to a technical issue.

It continued a rotten streak for the Italian, who hasn’t seen a chequered flag since the San Marino Grand Prix at Misano at the start of September.

Tech 3 rider Iker Lecuona has also been cleared to ride this weekend from Saturday after being forced to miss the last race when his brother tested positive for the virus.

Crutchlow "very far in discussions" with Yamaha over test role