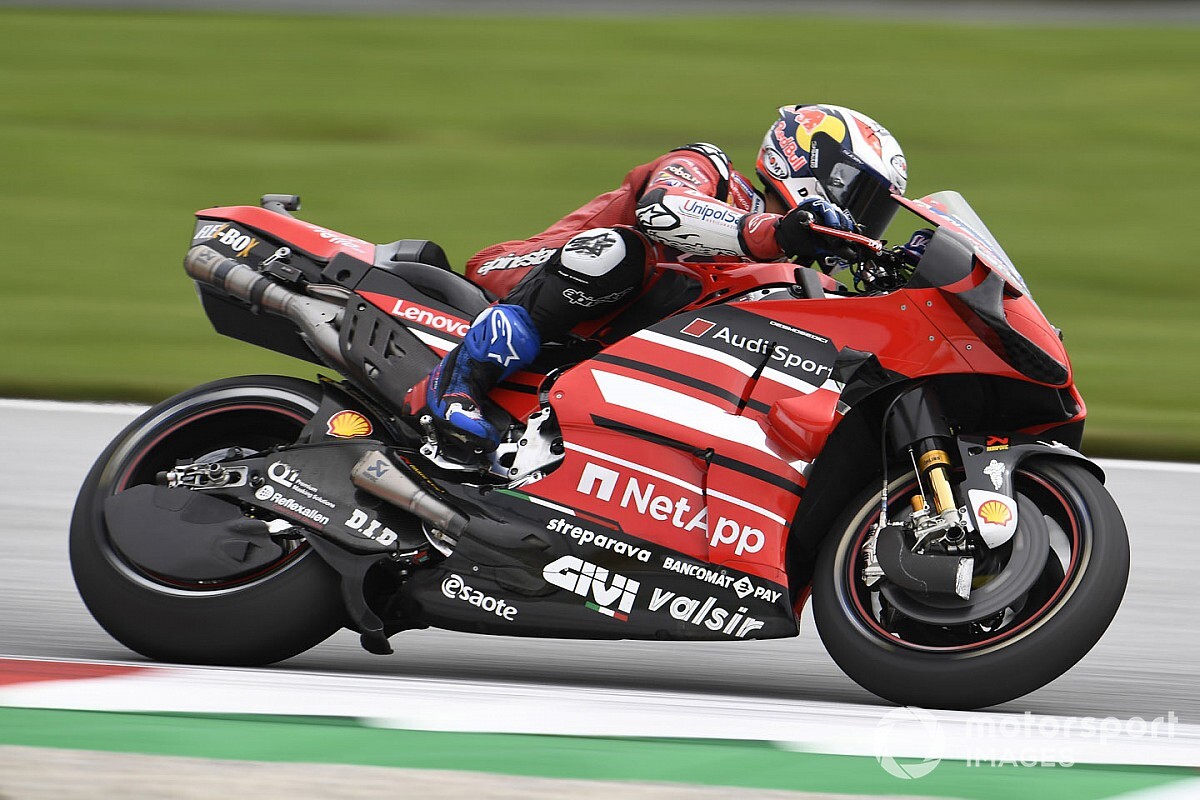 Ducati has clarified it will decide Andrea Dovizioso’s MotoGP future with the marque at the conclusion of the Austrian double-header next weekend.

Dovizioso joined Ducati in 2013 and has since won 13 grands prix with the Italian manufacturer, taking it to runner-up spot in the championship standings for the past three seasons.

In the wake of the coronavirus crisis, Ducati has moved to scale back on big-money contracts going forward – which has caused talks with Dovizioso to stall.

Dovizioso’s manager Simone Battistella said in June that a sabbatical was now a realistic option for his rider should his terms not be met by Ducati.

The Italian marque stated ahead of last month’s Spanish Grand Prix that it had put its 2021 rider decisions on the backburner and would wait until August to decide.

Speaking to Spanish TV network DAZN at the Red Bull Ring on Friday afternoon, Ducati boss Davide Tardozzi confirmed: “We will take a decision [on Dovizioso’s future] after the Austrian race.”

At Jerez, Tardozzi admitted that ex-rider Jorge Lorenzo had “proposed himself” to Ducati for 2021.

Speaking to BT Sport at the time, Tardozzi said: “It's obvious Jorge has a very good relationship with Gigi [Dall'Igna, Ducati general manager], and when it was his birthday he had the chat with Gigi and from then maybe something grow up in his mind.

"But it's only a friendly talk so far, there is nothing serious so far and we will take the decision only after the August races."

He reiterated this to DAZN, saying: “Jorge is an important rider who has won with Ducati. We have him in our hearts, but let’s see.”

Dovizioso is having a tough start to the 2020 campaign, with much of his woes centred on the new-construction Michelin rear tyre.

After securing a third-place finish in the Spanish GP, Dovizioso was sixth at the Andalusian GP having been on course to have been beaten by Pramac’s Francesco Bagnaia before the latter retired with a mechanical issue.

At the Czech GP last weekend, Dovizioso qualified a career-worst 18th and could only salvage an 11th-place finish while Johann Zarco on a year-old Avintia-run Ducati was third having scored pole.

Ducati has already firmed up one half of its 2021 works team line-up, with Jack Miller set to step up from Pramac.

Bagnaia will remain in the Ducati fold next year, but is in the frame to join Miller should Dovizioso not stay, while Jorge Martin is expected to join Pramac from Moto2.