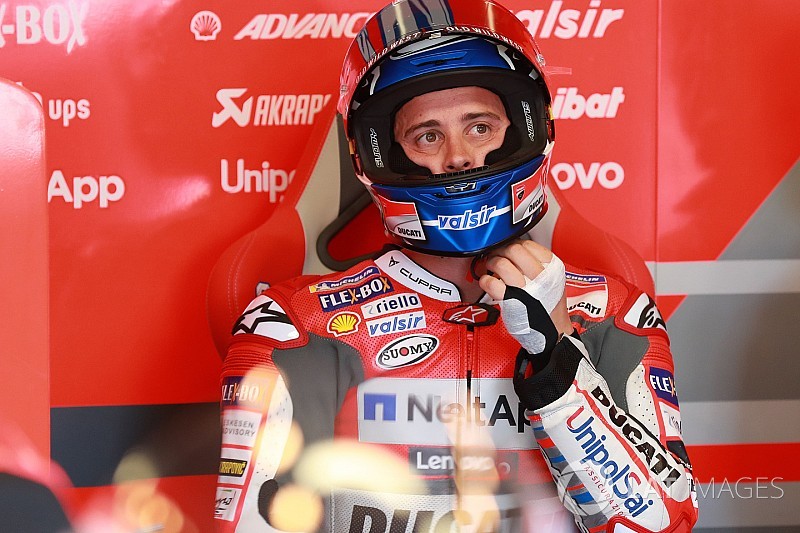 Andrea Dovizioso says he gave serious consideration to leaving the Ducati MotoGP team before finally securing a contract extension with the Italian manufacturer.

It was announced on Friday that Dovizioso will remain at Ducati for another two seasons beyond the end of 2018, ending speculation over the 32-year-old’s future.

Dovizioso’s success in 2017, when he won six races and took the title fight with Marc Marquez to the final round of the season, put pressure on Ducati to adequately compensate its star rider.

He held talks with rival marques Honda and Suzuki, even rejecting Ducati’s initial offer, before finally concluding a deal to stay put at Le Mans.

Asked if he seriously pictured himself walking away from Ducati at any stage during the protracted negotiations, Dovizioso replied: “Yes.

“Every rider has to be really egoistic in the way you think, to be fast. I don’t think you have to look at that in a bad way, because we speak about racing.

“So it’s normal to think about being in a different team, to try and understand if it’s a good thing or not.

“I was open [to leaving Ducati] because when you are speaking about contracts, you have to have an open mind.”

With Dovizioso’s renewal secured, focus will now turn towards who will partner the Italian rider for the next two seasons amid uncertainty over Jorge Lorenzo’s future.

Lorenzo’s main alternative to remaining at Ducati is a move to Suzuki, with Pramac duo Danilo Petrucci and Jack Miller the main candidates to replace him if he leaves.

But, pressed on whether he had a preferred option as a teammate next year, Dovizioso insisted the team’s choice was of little consequence to him.

“Like I always did in the past, I’m not too involved about that,” he said. “I explained to the team what I think is good, but they will take a decision and I don’t think it’s too important for me.”

On whether Lorenzo should stay specifically, he added: ”For me it’s not a problem. I’m not the kind of rider who decides the second rider.

“I explained to Ducati what I think for me is good, and what for Ducati is good. But at the end, it’s not my decision. I am focussed on me.”