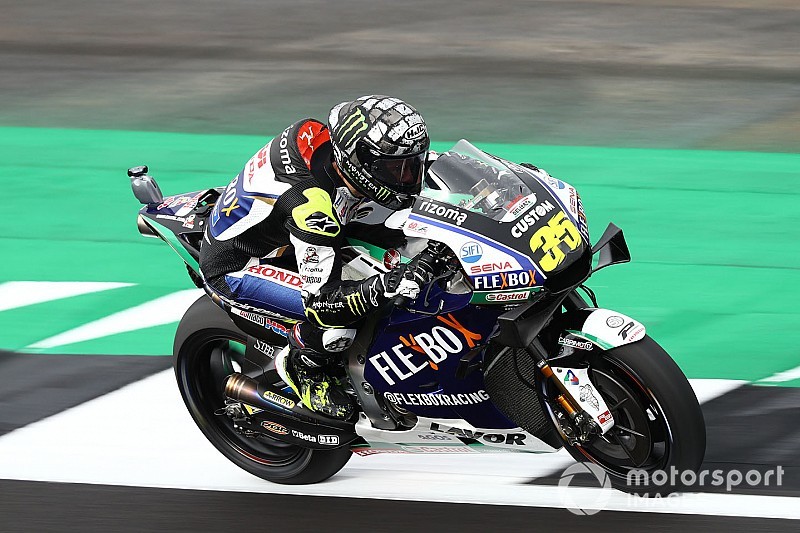 LCR Honda rider Cal Crutchlow says he regrets making "a bit of an amateur mistake" that led to him crashing out of Silverstone MotoGP qualifying.

Crutchlow will start his home race from ninth on the grid, having slid off the track at Stowe while on course to improve on his final flying lap in Q2.

Speaking after the session, Crutchlow said he may have "run out of talent" as he accepted blame for the fall.

"Bit of an amateur mistake to be honest, braked a bit too deep," he explained. "We looked on the data afterwards and I was so close to pulling it down, and if I would have pulled it down, I would have gained a big chunk of time.

"That was why I committed to the corner, because I knew how deep I’d braked, I knew I had to be smoother and not lock the rear, because it would have sent me on anyway, but I committed to it.

"And obviously after when you crash you say ‘you shouldn’t have committed, you could’ve done another lap’, but in the end it’s a fine line at the moment in MotoGP of how well you qualify."

Crutchlow said he should've been in the 1m58s margin with his first effort already, although this would've only likely put him clear of Franco Morbidelli in eighth.

"On these one-off laps I’m not as fast as I used to be," he conceded. "But this weekend I could have gone a significant amount faster.

"On my actual timed lap I lost three tenths in one corner, that would have put me into the [1m]58s. This is the way it is. I can’t complain, I did the mistake myself and that’s it."

Crtuchlow's LCR teammate Takaaki Nakagami followed Marc Marquez on his first run and Andrea Dovizioso on the second, but couldn't nail an error-free lap on either occasion and had to settle for 10th place.

"At the end of the session I was following Dovizioso, was a good gap to follow him, but I did a big mistake in sector two, Turn 8, before the chicane, and I lose a lot of time.

"But finally this lap was the best laptime for me, so a little bit disappointed because I couldn't manage, I had a big mistake this lap.

"But anyway everybody's really fast, I didn't expect many people in the [1m]58s. Another top 10, but I missed the third row - so I'm not happy enough." 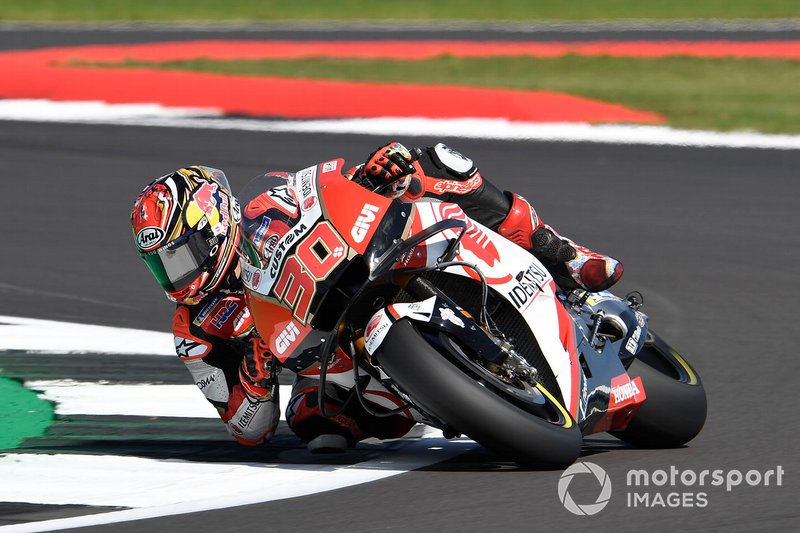