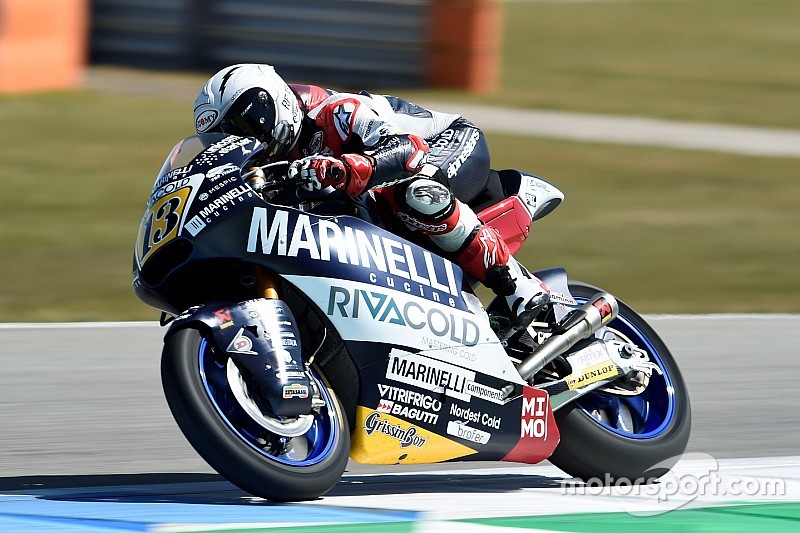 Fenati's actions, which came as retribution after Manzi had run him off the track in a botched overtaking move, have had repercussions beyond the disqualification and two-race ban assessed by the stewards after the race.

His current team Marinelli Snipers announced that it would be terminating Fenati's deal early, while the president of MV Agusta – for who he signed to ride in 2019 – made it clear he would not have Fenati representing the company.

“I apologise to the whole sporting world,” Fenati wrote in a statement on Monday.

“This morning, with a clear mind, I wanted it to just have been a bad dream.

“I think and think about those moments, I made an unspeakable gesture.

“I was not a man! A man would finish the race and then go to race direction to try to get justice for the previous episodes.

“I should not have reacted to the provocations. The criticism is correct and I understand the resentment towards me.

While Fenati has had previous flare-ups, most notably in Moto3 three years ago when he kicked out at Niklas Ajo, the Italian insisted that the Manzi incident was “not who I am”, adding: “People who know me well know it!”

“In my career I've always been a good rider,” he continued. “Last year [in Moto3] I was one of the few riders who didn't receive any penalty.

“I've never put someone else's life at risk, on the contrary, I've always maintained that there are dangerous riders, on the track, for riding style.”

When talking to Movistar after the race, Fenati pointed to Manzi's aggression as a mitigating circumstance, insisting he had had more than one run-in with his rival before the incident.

And on Monday he was again critical of Manzi in the closing paragraphs of the statement.

“It's true, unfortunately I have an impulsive character, but my intention was certainly not to hurt a rider like myself.

“But I wanted to make him understand that what he was doing was dangerous and that I too could have done him some mischief as he had just done to me!

“I don't want to justify myself, I know that my gesture is not justifiable, I just want to apologise to everyone.

“Now I will have time to reflect and clear my mind.”