Sebastien Ogier driving for Toyota in a third car in the Le Mans 24 Hours "could be an option" for 2023, newly-appointed team principal Kamui Kobayashi has suggested.

Ogier bowed out of his full-time World Rally Championship drive with Toyota after securing his eighth title, and although he plans to contest a partial programme with the Japanese manufacturer in 2022, he is also weighing up options in sportscar racing as he pursues his Le Mans ambitions.

He drove the GR010 Hybrid in last month's post-season FIA World Endurance Championship rookie test in Bahrain, making a positive impression, but the Frenchman admitted afterwards that his best realistic option for gaining endurance racing experience next season would be in the LMP2 class.

Ogier's presence in Bahrain sparked some speculation that Toyota could prepare to run a third car at Le Mans for the first time since 2017, when it entered three of its TS050 Hybrid LMP1s.

While that option appears to be off the table for next year, Kobayashi - who is taking on a dual driver/team principal role for the 2022 WEC season - didn't rule out the prospect for 2023.

"To put a third car is a big job, and the last few years we've just had two cars for all the races in WEC and Le Mans," said Kobayashi during Thursday night's FIA Prize Giving Gala when asked about whether Toyota could find a way to incorporate Ogier in its Le Mans plans.

"If we want to put a third car, we have to prepare all the mechanics, engineers, also on the driver side. I would say it's going to be very hard for 2022, because the timing is a bit short. But it could be one of the options for 2023.

"And of course Sebastien when he drove in Bahrain, he was fast. Coming from rallying to asphalt [racing], and sportscars, I would say it's a big difference, but Sebastien was driving pretty well from the beginning. I think that can be quite interesting, if he wants to race Le Mans with our car.

"We'll try to give him more opportunity to drive and let's see if we do a third car; I think probably yes that can be an opportunity for him." 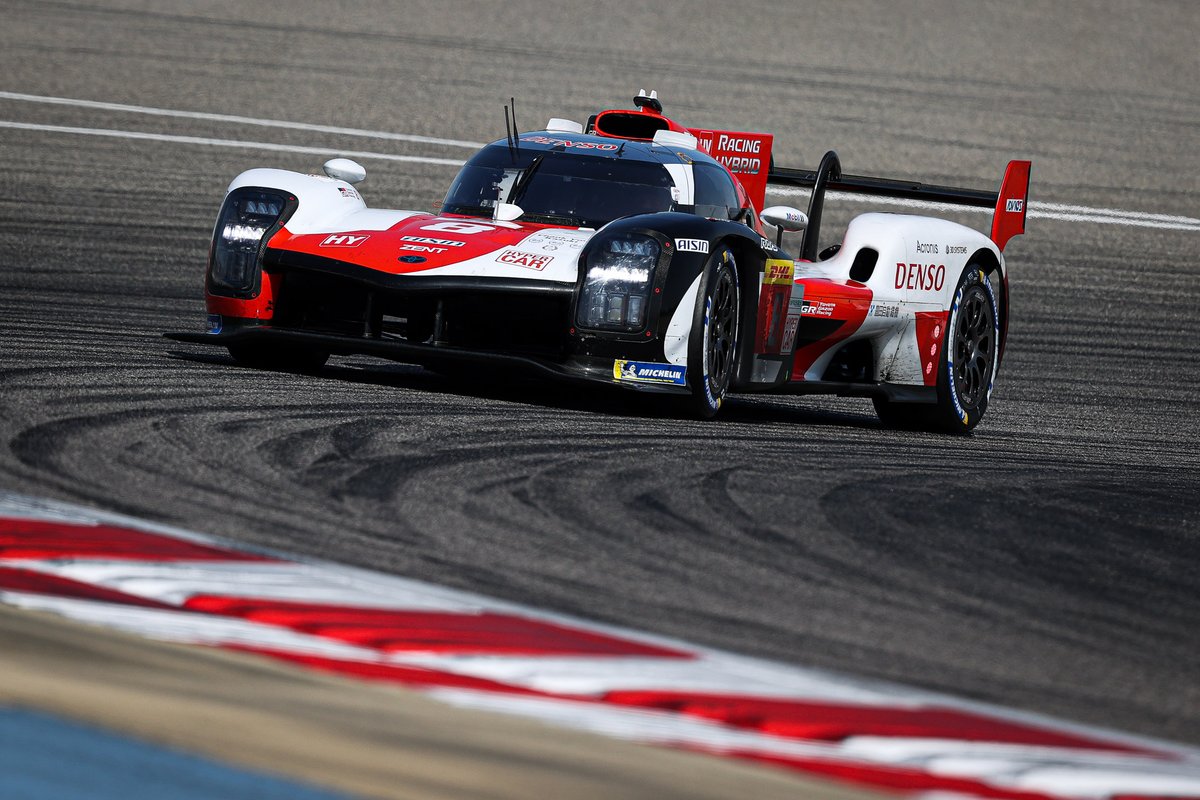 Ogier himself said he has still yet to firm up any plans for 2022 beyond contesting the WRC season-opener in Monte Carlo at the wheel of the new hybrid-powered Toyota Yaris.

"It was a great opportunity to discover that world and it went ok, I would say," said Ogier of the Bahrain test. "I was always aware it was a very different sport somehow and I have a lot of things to learn, but the challenge will motivate me.

"For the next months the plan is to make some more tests and maybe some races in a second category. There is no clear plan right now, but the passion for racing is there. Right now I want a bit more time for me next year, but at the same time try to prepare some new challenge."