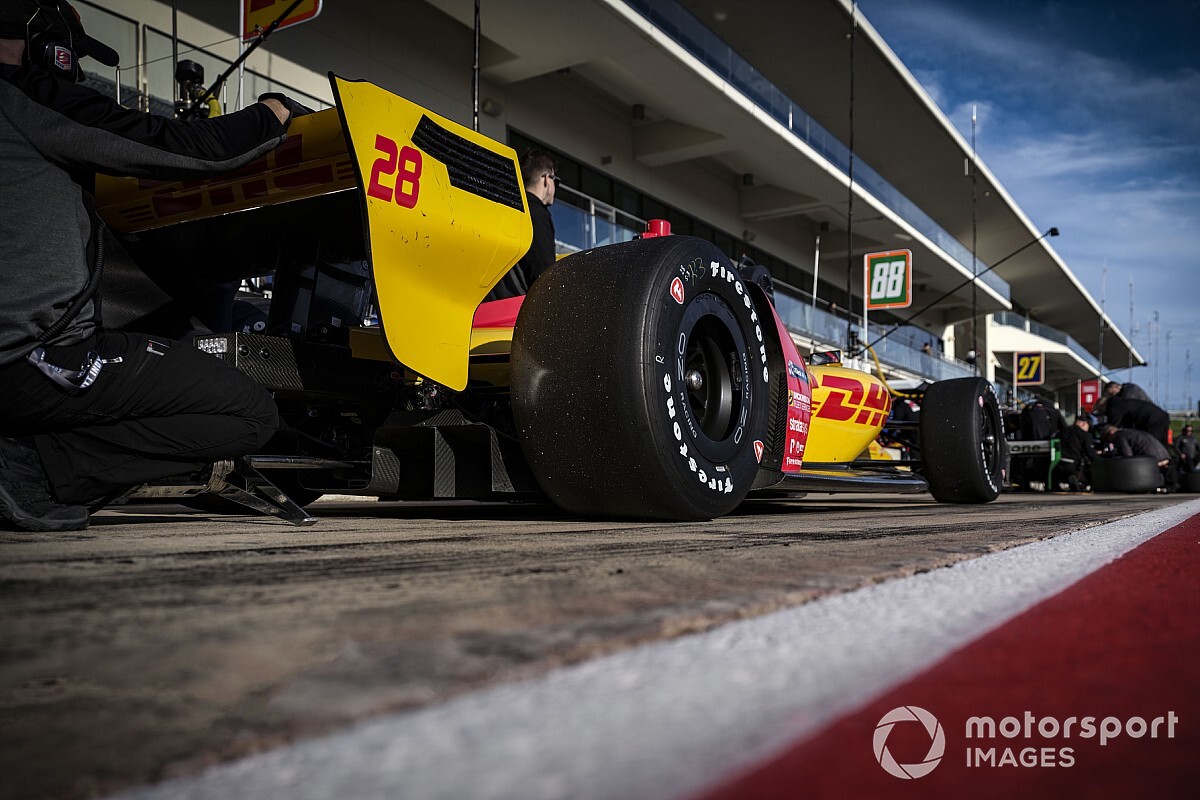 James Hinchcliffe, Ryan Hunter-Reay and Ed Carpenter believe that the unknowns in Saturday’s NTT IndyCar season-opener at Texas Motor Speedway will still cause a variety of strategies, despite tire stint length being reduced to 35 laps.

While teams ran 60 to 65 laps per stint last year, Firestone has been unable to extensively test its tire combo in the expected heat at TMS now that IndyCars are using the aeroscreen that pushes their center of gravity higher and further forward.

Therefore, with the same right-side tires as used at Texas in 2019 and the left-side tires as used in last year’s Indy 500, the tire company and series are being cautious at a high speed track that occasionally causes tire blisters, almost halving typical stint times.

Andretti Autosport’s 2012 champion and 2014 Indy 500 winner, Hunter-Reay, is still seeking his first win at the 1.44-mile Texas Motor Speedway but last year led 90 laps there. He believes there will be variance between team strategies in Saturday evening’s Genesys 300.

“It just depends when we get there. There's so many unknowns at the moment. Most of us, including myself, haven't been on the oval yet with the aeroscreen, cooling, weight distribution, difference in center of pressure, aerodynamics and stuff like that. Just so many unknowns. “Like I said, though, I think we'll see some folks getting a little bit creative with their approach.”

Hinchcliffe, who will compete in three races for Andretti Autosport this year, including Texas, agreed with his temporary teammate.

“It's definitely going to be a very interesting race from a strategy standpoint just because we still have a lot to figure out,” he said. “You're definitely going to be changing the kind of philosophy of your setup, to not have to look after tires for twice the distance. That's kind of what's dictated success at Texas the last few years, and now it sort of goes out the window, so if anything it might actually widen the number of cars that are going to be competitive over what is now a stint.

“But again, until we get there and get those laps in practice, we're not really going to know.”

Carpenter, the only owner/driver in the field and an oval specialist, won at TMS in 2014 after electing to stay on an old set of tires when primary rival Team Penske’s Will Power made a very late stop, charged onto his tail in the final lap but couldn’t quite pass. Carpenter says the 35-lap limit is somewhat restrictive in the course of the 200-lap race, but is optimistic there’s enough latitude for a variation in options.

“With the 35-lap stint, it certainly appears that it could limit some of the strategy options,” he said. “At the same time, depending on when cautions may fall or may not fall, people may get off sequence from one another if they take a risk to try to gain some track position.
“I don't know that it will be as straightforward as everyone thinks depending on how the race plays out. But Texas is always a challenging event. Traditionally tire wear does factor in. It is going to be quite warm. We'll just have to see.
“In a perfect world we wouldn't be limited to 35-lap stints. Firestone has gone through a whole lot of work and challenges with their shutdowns to get tires ready anyhow and come to a solution that works.
“We're all going to be figuring it out as we go along. We've seen other racing series race with less prep than what we're being given. We'll learn what we can in practice and go from there.

“It's the same for everybody.”