All you need to know ahead of the first round of the 2020 NTT IndyCar Series – the Genesys 300 from Texas Motor Speedway. 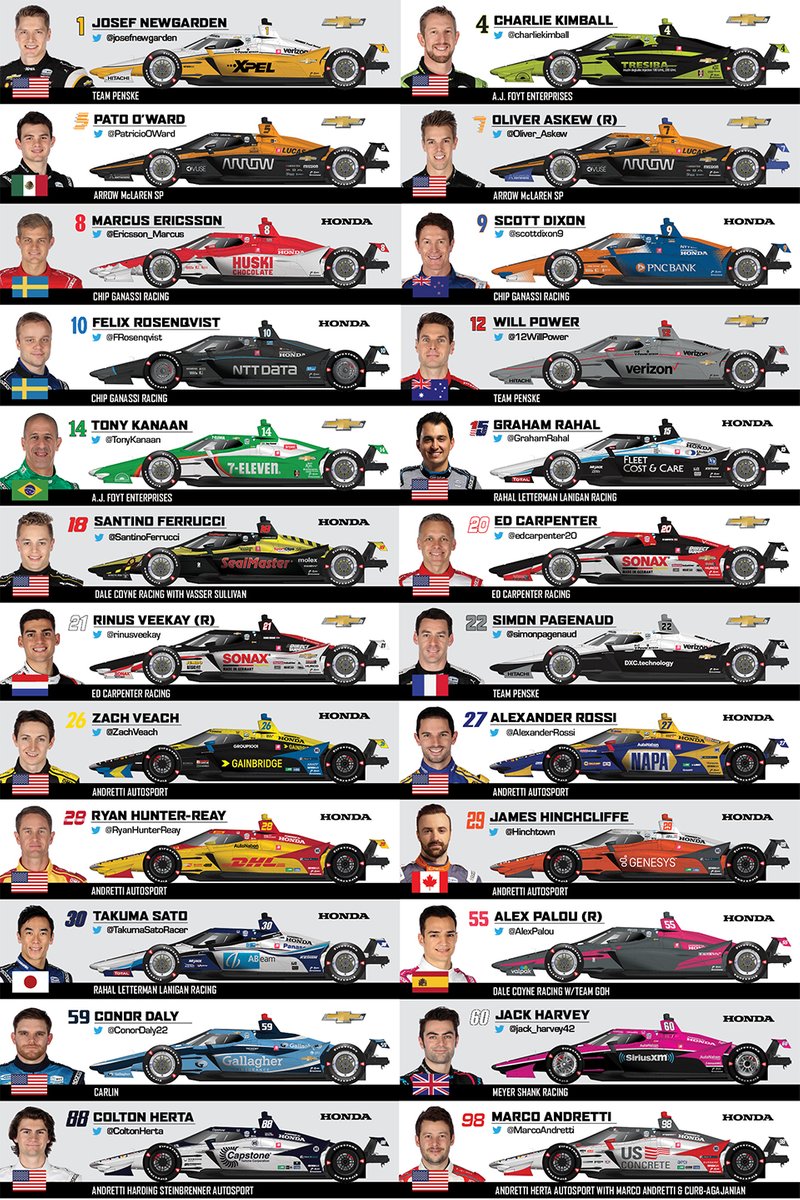 Firestone tire allotment: Nine sets primary tires to be used during practice, qualifying and the race. Rookies and first-time Texas participants will get an extra set.

Leigh Diffey is the NBC/NBCSN announcer alongside analysts Townsend Bell and Paul Tracy, with Marty Snider and Kelli Stavast reporting from the pits.

This will mark the first time that Texas Motor Speedway has served as the NTT IndyCar Series season-opener, and it will be the 32nd IndyCar race at the venue since it joined the IRL schedule in 1997.

Scott Dixon (Chip Ganassi Racing-Honda) and Tony Kanaan (AJ Foyt Racing-Chevrolet) have started 20 of those races, Dixon winning the event three times, Kanaan once. The most wins by an Indy car driver at the track is four by Helio Castroneves. Of Saturday’s starters, six are previous TMS winners: aside from Dixon and Kanaan, Will Power (Team Penske-Chevrolet) has two wins, while Ed Carpenter, Graham Rahal and Josef Newgarden have one.

There are three rookies in the field – Oliver Askew (Arrow McLaren SP-Chevrolet), Alex Palou (Dale Coyne Racing with Team Goh) and Rinus VeeKay (Ed Carpenter Racing-Chevrolet) – with Palou facing a particularly steep learning curve, since this will be his first ever oval race of any kind. For Askew’s teammate Patricio O’Ward, the 2018 Indy Lights champion, this will be his first race on Texas Motor Speedway. 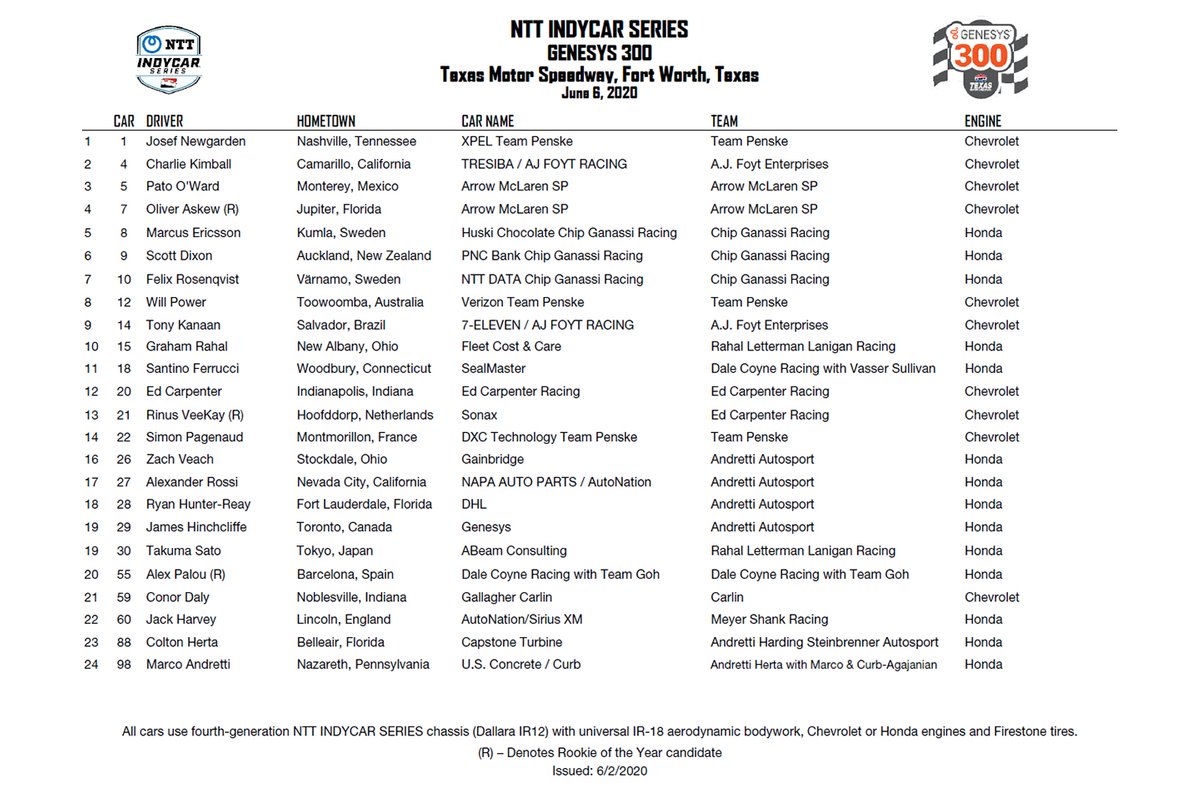