O’Ward on dumping IndyCar ride: “I have done what I had to do” 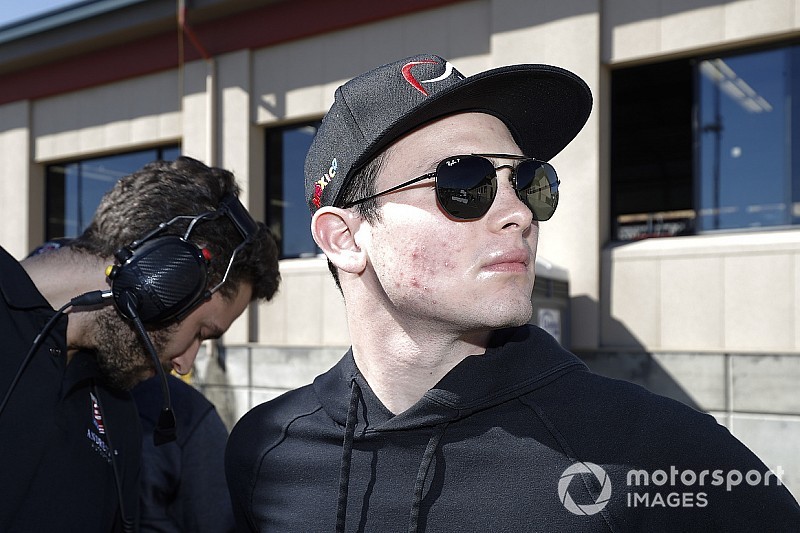 Indy Lights champion Patricio O’Ward says he is “talking to all the teams he can” after his eleventh-hour split from the Harding Steinbrenner Racing-Honda team left him without a ride on the eve of IndyCar Spring Training.

O’Ward’s $1m prize for winning the Indy Lights championship comprises three IndyCar rides including the Indianapolis 500, but following the announcement that he and Andretti Autosport Indy Lights teammate Colton Herta would become fulltime teammates in the Mike Harding-George Steinbrenner IV-owned team, this has proven to be inaccurate.

The switch from Chevrolet to Honda power suggested a closer alliance with Andretti Autosport, with whom Herta’s father co-owns the #98 car of Marco Andretti, and whose personnel made the Harding cars startlingly fast at Sonoma last year. O’Ward qualified in the top six and finished in the top 10 on his IndyCar debut.

Today, O’Ward announced that he had split from the team.

He told Motorsport.com: “The problem is that the season is about to begin. I do not know what will happen. Right now I am trying to stay positive, that things will go well, but it is difficult, because there is no time anymore; there are teams that do not have extra cars.

"The point is to go out and do a good job, not go out and get pity. Let's see. But I'm very disappointed with the situation. I do not win anything stressing, I have to keep calm and keep talking to all the teams I can.”

O’Ward suggested that the lack of accurate information from the team, not the lack of money, was the most disappointing aspect of the situation.

"What moves the races is money,” he said. “You cannot get angry with someone if they do not have it. What saddened me the most was that if I continued to trust them I would have ended up in the dumpster.

"I was not expecting this. I've always known that this is a political sport and that's the only thing I can say. If there is only enough backing one person, they will go with the one that suits them. They will not go with the one who signed the paper and who was promised a full season.

"I did well in Sonoma, I won the Indy Lights championship. I have done what I had to do."

O’Ward’s most obvious option appears to be Juncos Racing, which has only confirmed Kyle Kaiser for the second round, at Circuit of The Americas.

Carlin would be another potential option, given that Charlie Kimball is only going to compete in five races and RC Enerson is not expected to run the #23 entry in all 12 of the remaining rounds. However, Kimball has confirmed the Indy 500 is one of his five, alongside Max Chilton, and Enerson is also likely to run that race.

The likelihood of Carlin – in only its second year at this level – being able to run four cars including one for O’Ward, is regarded as remote.

Dixon had a “breakthrough” in 2018 but is still learning