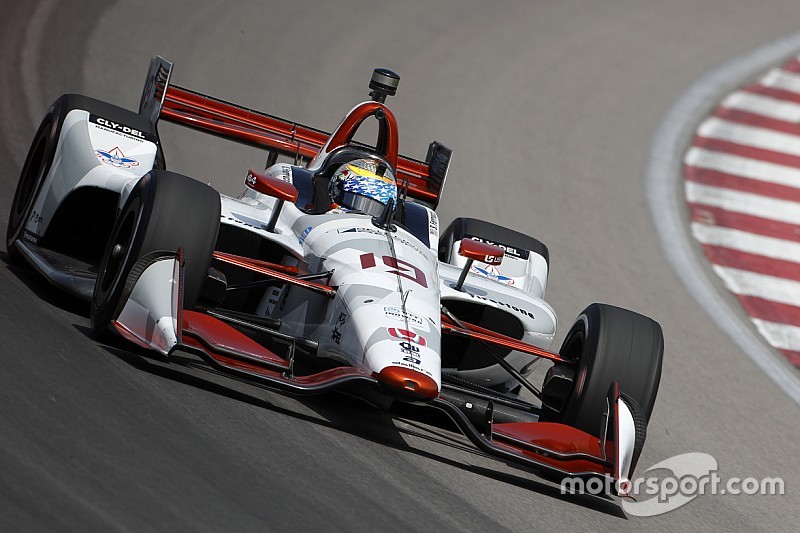 Santino Ferrucci and Marcus Ericsson put rookies in the spotlight at World Wide Technology Raceway as they finished first and second respectively in opening practice for the final oval race of the 2019 NTT IndyCar Series season.

Perhaps with some bearing on single-car qualifying, however, Dixon was second fastest in the no-tow speeds.

Ferrucci’s Coyne teammate in the AIM Vasser-Sullivan car Sebastien Bourdais was fifth ahead of Andretti Autosport-Honda’s top contender Alexander Rossi. Last year’s winner here, Penske's Will Power was seventh, one of only two Chevrolet cars in the Top 10.

The Rahal Letterman Lanigan Racing-Hondas of Takuma Sato and Graham Rahal were only eighth and 16th, but were third and first respectively in the no-tow speeds.

Conor Daly and Charlie Kimball in the two Carlin-Chevrolets were 13th- and 19th-fastest, but James Hinchcliffe was a disappointing 22nd in the second Arrow SPM machine – albeit only 0.6330sec off the top spot.