With Oliver Gavin about to step down from a full-time driving role for Corvette Racing, his teammates in the IMSA WeatherTech SportsCar Championship have shared their thoughts on this cornerstone of the team’s driver line-up.

This weekend, the 48-year-old Huntingdon, UK-born driver may add a sixth Sebring triumph, and with his continued role within Corvette not yet defined – at least in public – he may be back for the marquee endurance races in 2021.

Still, when the checkered flag falls on Saturday, an era for Gavin – and for Doug Fehan’s Corvette Racing squad – will come to an end.

Tommy Milner, Gavin’s full-time co-driver since 2012, stated: “Olly has been the single biggest influence on my time at Corvette Racing. We’ve had nine years as teammates and nine years of really good racing – the best races of my career and the best memories.

“He’s been an integral part of what you see on the results sheets of the successes I’ve had. I got my first ALMS win in 2012 in our first season together. I’ll never forget standing there at Long Beach in pitlane, watching the screens and not believing what I was seeing. I had been racing in the series since 2006, and to finally get that first win was completely on him. I brought the car back to the pits in one piece and he did the rest.

“Having him as a teammate with how fast he is and how experienced he is… to be able to lean on someone like that in a growing year for me was huge.

“When you look at results and stat sheets, his contributions to Corvette Racing are obvious. On top of that, everything behind the scenes as a teammate is as good if not better than what you see on the track. And he’s maintained that same style and passion to find every tenth of a second that he can and motivating all the guys on the team to get as much out of themselves as they can.

“There is no doubting his will to win and passion for success.

Antonio Garcia described Gavin as “one of my references” when he joined the Corvette team, adding that it took him some time to get on his pace.

He added: “[Gavin] is very professional in the way he prepares for each race. One of the important things I’ve gotten from Olly is the amount of preparation he puts into each season and every event.

“That’s been a huge reference for me – to see someone who can go that fast but is still a little older than me. It’s a great target. If I can get as far he has with the team, I will be more than pleased.”

Jordan Taylor shared a Corvette C7.R with Gavin and Milner at Le Mans in 2015 and ’16, winning in the former year, before joining Corvette Racing full time this year to partner with Garcia.

Taylor described Gavin as becoming “a good friend and teammate even when we weren’t in the same car.

“He always treated me so well and offered a helping hand when I needed it or gave advice if I had questions when I went into the third-driver role at Corvette Racing.

“That was huge for me as a young guy – to come into such an intimidating team and organization to have someone at that level to be mentor. He’s been a huge help.

“They say to never meet your heroes, but to meet him and work with him is everything I could hope for. It’s been great to spend more time with him, getting to know him better as a person, a dad, a friend and an athlete has been a lot of fun.”

Gavin himself remarked: “It’s almost like things are coming full circle. The first place I ever drove a Corvette was at Sebring in November of 2001. That test day is one I’ll always remember. Driving the C5-R out of the pitlane… the noise, the vibration, the rumble and just the physicality of driving that car was extraordinary. The torque from the motor and the delivery was like being in a force of nature in the way that it ripped around the track.

“Now all of these years on and being in this mid-engine C8.R – with all the downforce, the refinement and all-around feel of a well-refined racecar… it’s a joy to drive it around Sebring. We’ve worked for so many years with partners like Michelin and Mobil 1 that all refined their product and equipment to such a high level now. You know you’re going to get a great product straight out the gate and on the first lap.

“It’s been an amazing journey. Being with the same team for 19 years, you’d have to have a heart of stone to not feel somewhat emotional about it.

“But I want to go about and do my job right and well, and finish up with a strong result to get second place in the championship tied up for Tommy and I. Plus it would help to finish off my driving relationship with Tommy on a high note.

“It would be amazing to stand on that top step one more time.” 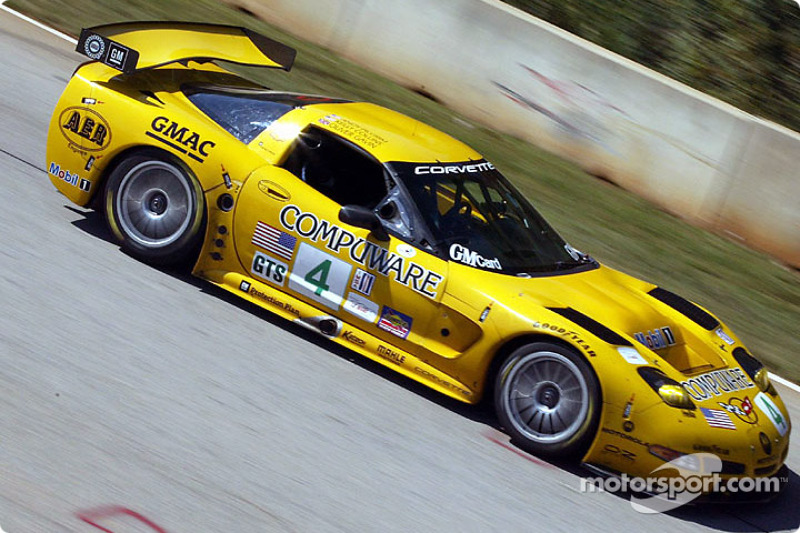