Porsche driver Mathieu Jaminet says he could predict the late clash between the leading Corvette and BMW cars that handed WeatherTech Racing an underdog victory in the Sebring 12 Hours' GT Le Mans battle.

Jaminet was the main beneficiary when the Corvette C8.R of Antonio Garcia and the BMW M8 GTE of Connor de Phillippi came to blows following the eighth and final restart of the second round of the IMSA WeatherTech SportsCar Championship season.

De Phillippi, who had previously passed Jaminet's Proton Competition-run WeatherTech Porsche 911 RSR-19, caught up with Garcia and tried to force the issue at Turn 7 with just five minutes left on the clock, with the two cars coming together.

Jaminet had to take evasive action to avoid collecting De Phillippi, but was able to snatch the lead and was left with a clear run to the chequered flag when the BMW driver earned a penalty for causing the collision.

It meant the WeatherTech squad of Jaminet, Matt Campbell and Cooper MacNeil, the only non-factory car in the GTLM field, took victory in just its second outing following a disastrous debut in the Rolex 24 at Daytona.

"I could see that the BMW sent it up the inside of Turn 7, and there was some contact," Jaminet told NBCSN while recalling the crucial final moments. "I had a feeling that somehow it was coming, the #25 car [de Phillippi] was pretty much on fire towards the end, so we were in the right place at the right time.

"It was lucky I could avoid it, I went off on the grass on the left to avoid the 25, otherwise it would have been a nice T-bone! We made it, and super-happy for the team, Cooper and everybody at Porsche."

MacNeil had two new teammates for Sebring in the form of Jaminet and Campbell, having raced in the season-opening Rolex 24 with Gianmaria Bruni, Richard Lietz and Kevin Estre.

That race ended almost before it had even started for the WeatherTech crew following a bizarre start-line accident between Estre and the BMW of Bruno Spengler, but MacNeil's fortunes turned around for only his second outing in the GTLM class.

"I wouldn’t be here without WeatherTech and Porsche, so big thanks to those two and Proton Competition for an amazing racecar," said MacNeil. "These two guys [Jaminet and Campbell] drove their butts off the entire race up until the last lap.

"As we saw here last year, when we were leading with 20 minutes to go [in the Scuderia Corsa-run Ferrari in the GT Daytona class] and got taken out, anything can happen, especially on the last lap. Thrilled to get my first GTLM race win and in my second GTLM race win ever." 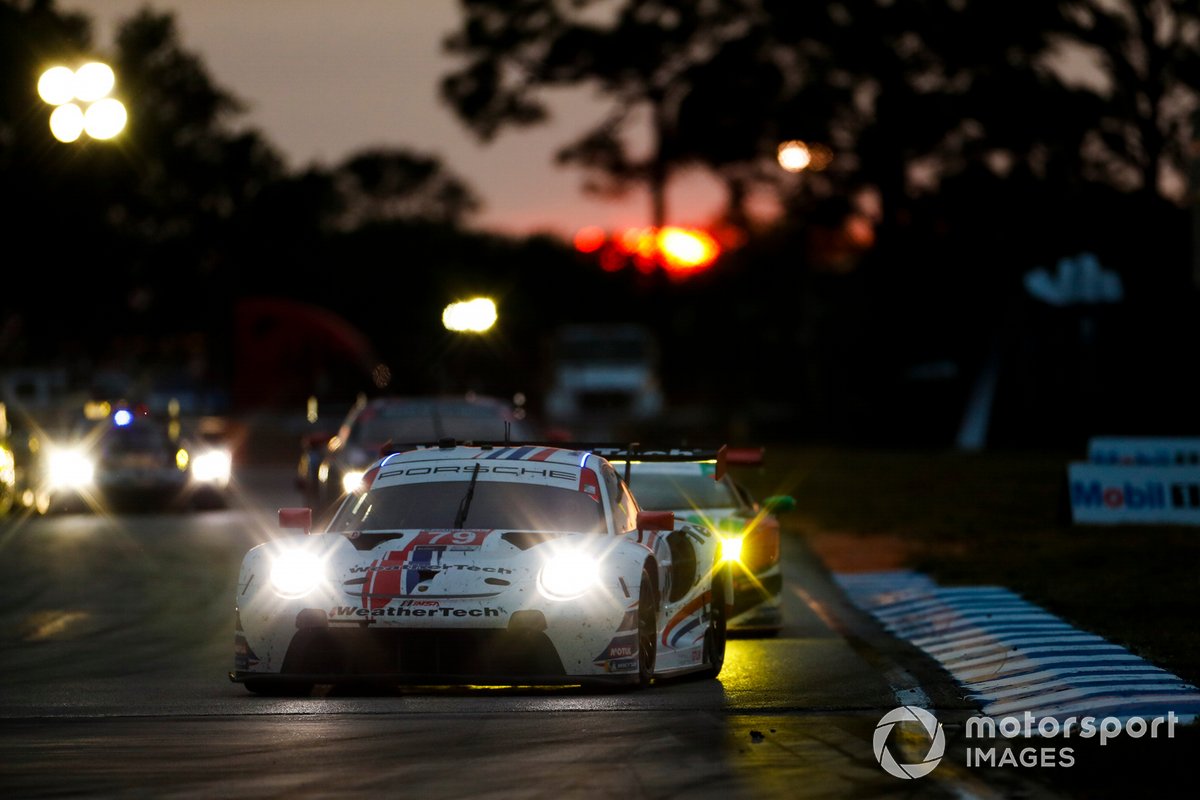 Risi Ferrari the "serial bridesmaid" after second at The Glen