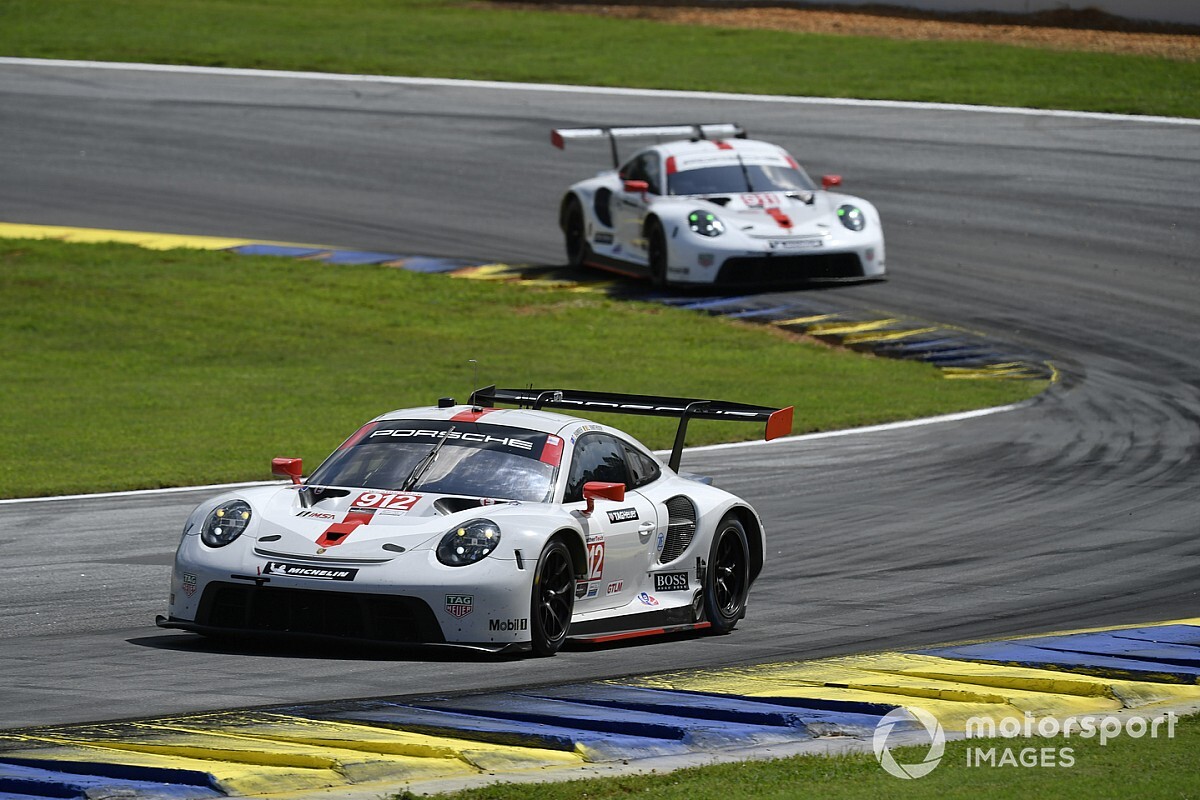 Porsche has withdrawn its pair of works GT Le Mans cars from this weekend's IMSA WeatherTech SportsCar Championship round at Mid-Ohio.

The decision follows the Weissach marque withdrawing the works drivers that raced at Le Mans 24 Hours from this weekend's Nurburgring 24 Hours in the wake of a series of positive COVID-19 tests during routine checks.

Of Porsche's four IMSA GTLM drivers, three - Nick Tandy, Frederic Makowiecki and Laurens Vanthoor - were present at Le Mans, and their last-minute withdrawal makes it impossible for the pair of CORE autosport-run 911 RSR-19s to race at Mid-Ohio.

"Based on yesterday's decision that no employee or racing driver of our Le Mans team will participate in the Nurburgring 24 Hours, we have today decided that this ruling will also apply to the upcoming IWSC race in Mid-Ohio," said Porsche's vice-president of motorsport Fritz Enzinger. "This means that Laurens, Nick and Fred doesn't want to be traveling to the USA.

"This is very regrettable, but we would like to emphasize that in this case as well the health of all those concerned is the prime focus of the decisions we have taken."

Earl Bamber is the only one of the Porsche IMSA GTLM quartet who wasn't at Le Mans and was therefore clear to drive at Mid-Ohio, but the New Zealander has been reassigned to Porsche customer squad KCMG for the Nurburgring 24 Hours.

Bamber will join Jorg Bergmeister, Timo Bernhard and Dennis Olsen at the wheel of one of KCMG's two Porsche 911 GT3 Rs in the German race, with Richard Lietz, Romain Dumas and Patrick Pilet all having been forced to stand down.