In June, it was announced that Porsche will be withdrawing its CORE autosport-run factory operation from IMSA's GTLM division, potentially leaving just Corvette's pair of C8.Rs and BMW's two Rahal Letterman Lanigan-operated M8 GTEs in 2021.

While there was some speculation that GTLM could be merged with the GT3-based GT Daytona division, IMSA confirmed in its State of the Sport address this month that GTLM will stay for at least one more season, with LMP3 being brought in as a fifth class.

Asked for his opinion on BMW being faced with just one rival manufacturer in GTLM next season, Marquardt suggested more teams could be encouraged to enter the class.

"That’s something we are discussing with IMSA and asking for their plans in that respect, because obviously the smaller the [GTLM] field the less attractive it is and that’s the current discussion we have and we need to see what comes out of that," said Marquardt.

"But IMSA is working on solutions to not just have two manufacturers in one class."

In a previous press conference, Marquardt suggested that Ferrari, which hasn't had a regular presence in GTLM since the 2017 season, was "working on something". 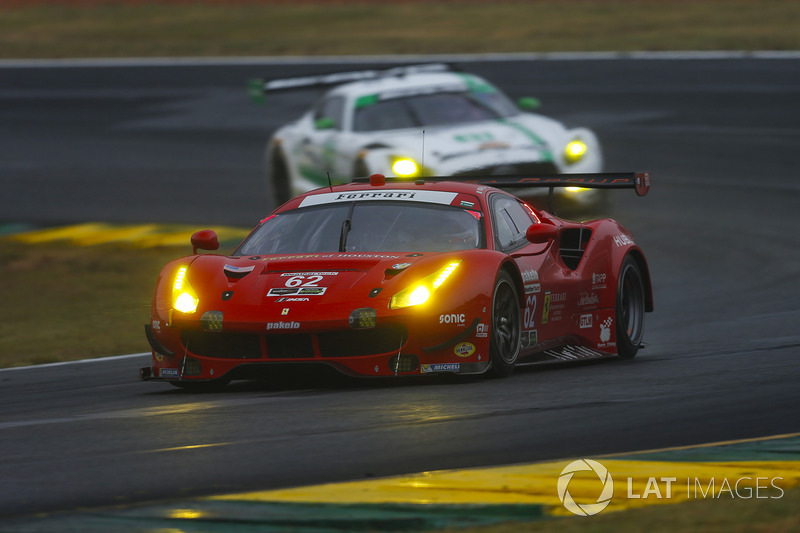 Contacted for comment about any potential increase in the marque's IMSA involvement, a Ferrari spokesperson said: "We cannot comment what another manufacturer is saying, of course. So far, we are confirming only the WEC programme [for 2021]."

Besides Ferrari, the only other manufacturers with eligible GTE cars are Aston Martin and Ford - which itself withdrew from the GTLM class at the end of 2019.

In a statement provided to Motorsport.com, IMSA President John Doonan said: “As we announced in our State of the Sport presentation, the GT Le Mans class will continue in 2021, so cars homologated to GTE technical specifications will continue to be eligible to race in the WeatherTech Championship next season.

"At the same time, we recognize the evolving landscape of GT racing and are actively working with all of our current and prospective manufacturer partners to build a long-term solution.

"IMSA shares the same desire as the manufacturers to have robust competition in all of our classes, and we are confident that we can work together to achieve our goals.”