Magnussen: We need something remarkable at Petit Le Mans 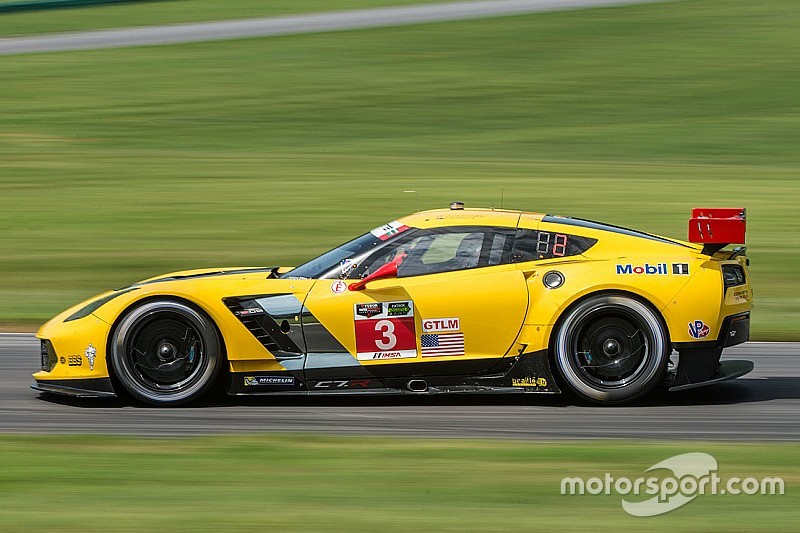 In his latest column for Motorsport.com, Jan Magnussen looks ahead of the No.3 Corvette team’s final race of the year – Petit Le Mans.

It has been a tough battle throughout 2015 but the GTLM title is going down to the wire at the final round of the TUDOR United SportsCar Championship at Petit Le Mans.

Despite the fact we opened the year with wins at Daytona and Sebring and led the points for a long way – Antonio Garcia, myself and the Corvette Racing team now enter the final round third in the points.

We’re now 10 points off the lead and we’d really need something remarkable to happen to take the crown.

While it has been great to be in contention for the title for the past two years after winning the final ALMS crown in 2013 – we’ve really faced a huge task after Balance of Performance issues have left us off the pace.

We’ve really paid the price for being too competitive too early in the season. It’s a bit of a catch-22 situation. You want to start the season really strongly, but the way the BoP has worked last year and this year we’ve been unable to fight in the last couple of races.

At the last race at Circuit of The Americas, Antonio pulled out an awesome lap in qualifying but our race pace wasn’t fast enough to challenge the Porsches, the BMWs or the Ferrari.

We were able to hold our place, but weren’t able to get in a position to make a pass.

To make matters worse, we also have the smallest fuel tank out of all the four brands so being able to win the race on a fuel economy run is also out of the question.

COTA was an interesting situation with the series deciding to relax the rulings in regards to track limits.

Personally, I’m a big fan of old school tracks where the end of the track is either grass or a barrier. If you make a mistake – you pay the penalty.

At these modern Formula 1 circuits safety is a key priority and you have lots of paved run-off behind very small kerbs.There are some sections of the course with high kerbs where you can’t cut corners, but there are a lot of corner exits where they let us run wide.

For me, it actually made the circuit a lot better. It had a much better flow to it.

I’m not sure what the best solution is. It was the same for everyone so nobody was getting penalized for running wide but it did look a little crazy.

Previously they strips of Astroturf laid down on the outside of the kerb – same as what they have in places at Le Mans. They had issues with this coming up last year – I suppose the downforce and power of the WEC P1 cars combined with the Texas heat cause the artificial grass to become detached.

It will be interesting to see what happens there for the F1 race next month.

Going to give it our best shot

So heading into the final round we’re still going to give it our best shot. Our car was pretty good at Petit Le Mans last year before the Ferrari, the No.911 Porsche and our car got caught up in the pit lane exit mess and received some damage.

Corvette Racing has won the three biggest events in sports car racing this year at Daytona, Sebring and Le Mans – now our main task is to try to make it four from four.

While we’d love to be able to fight for the championship – taking a win at Road Atlanta will certainly give us our best chance and will also complete our other goal – the clean sweep of the big enduros.

Atlanta and the area around Road Atlanta in Braselton are like a home away from home for me. I was based in Braselton back in my Panoz Motorsport days and have a lot of great memories and great friends from those times.

Of course the track at Road Atlanta is also awesome. I’ve done so many laps around there over the years. I know the place really well.

It really is a brilliant collection of fast and slow corners and still has a bit of “old school” element to it.

The other great news that came out today is I will back with Corvette Racing in 2016 – in fact all four regular drivers: myself, Antonio Garica, Oliver Gavin and Tommy Milner will return.

We’ve been together as a team for five years and in that time we’ve won 16 races, two championships and big races at Daytona, Sebring and Le Mans.

More racing in Denmark too

Back home in Denmark last weekend we had the final round of Danish Thundersports Championship.

While I wasn’t able to take the title this year, it was still a great final round for myself and my Magnussen Racing Experience team.

I finished the year in third place with four poles and six wins including the final race of the year.

My teammate Michael Markussen also won his first race of the year in one of the two preliminary heats so that wasn’t a bad way to finish the season.

See you at Petit. Looking forward to seeing all the Corvette fans in Atlanta.

All four TUDOR Championship class titles up for grabs at Petit