Jan Magnussen: We’re going to have to break Ford’s streak 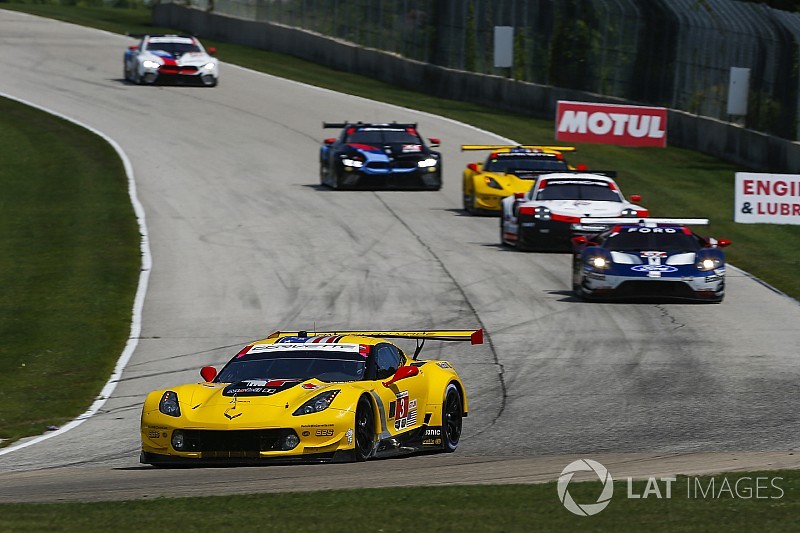 Motorsport.com columnist Jan Magnussen looks ahead to the next round of the IMSA WeatherTech GT Le Mans – and the on-going Chevy Corvette versus Ford GT battle.

A big week ahead for myself, Antonio Garcia and Corvette Racing – we’re off to VIRginia International Raceway which will be another critical round in our IMSA WeatherTech SportsCar Championship defence.

We had a solid third place at Road America last time out, which gave us a bit of a gap over one of the Fords but stretched it out a little at the top. We’re now four points behind Ricard Westbrook and Ryan Briscoe for the lead, but we have a gap of five points over Joey Hand and Dirk Mueller.

VIR has been a happy hunting ground for Antonio and me over the past two years; we have won back-to-back Michelin GT Challenge events.

Two years ago I qualified on pole, and we pretty much led all the way to the checkered flag. Last year it was a hell of a fight. We only qualified sixth but pulled off a great race to take the win.

The secret to our success last year was not making any mistakes. Last year some of our rivals had contact, off-track excursions, cut tires or penalties and that allowed our No. 3 Corvette Racing team to capitalize. It is those little things that can make all the difference in the run down to the championship final at Petit Le Mans.

The Ford guys have been on a run with four wins in a row. We’re going to have to break that streak to get back to the top of the points table.

The competition in GTLM continues to get more and more intense. BMW showed improved pace at Road America, and you can never count out those Porsche guys either.

Our perfect world scenario would be to get a win at VIR – actually, a Corvette Racing 1-2 would be ideal – then have Porsche and BMW have a strong race and push the Ford guys down a little.

All of that, however, is way out of our control. All we can do is concentrate on our own race and make sure the No. 3 is in front of the No. 67 and 68.

Getting another win a VIR is our plan – we’d love to get another one of those cool Michelin Man trophies. But the trophy we really want is that championship title – not only for Antonio and myself, but for Corvette Racing and Chevrolet as well.

The team and Chevrolet have scored back-to-back titles in 2016 (when Oliver Gavin and Tommy Milner won the drivers title) and 2017 (when Antonio and I won). Those team and manufacturer crowns also mean a great deal to everyone on the team and our bosses at Chevrolet.

VIR is another one of those great weekends where we get to race for the overall win like Lime Rock Park. It takes the pressure off a little because you don’t have to keep one eye on the mirror to worry about the prototype traffic.

Both Antonio and I love racing at VIR. This place is super-fast and old school – there are consequences if you get something wrong. There are no issues with things like track limits. If you exceed the track limits, you are on the grass and in trouble.

Safety is very important, but I wish a lot of the track still had a grass verge – it would make things so much easier for the race officials. If we had at least a car width of grass, then some paved runoff – that would be the ideal. Then you know you would lose traction if you ran wide, but if you really run off, there is some paved area where you can try to gather it up. Either way, you couldn’t afford to get it wrong.

I’m looking forward to seeing all the Corvette fans at VIR this week. There is always a huge ‘Corvette Corral’ here and lots of support for the team.