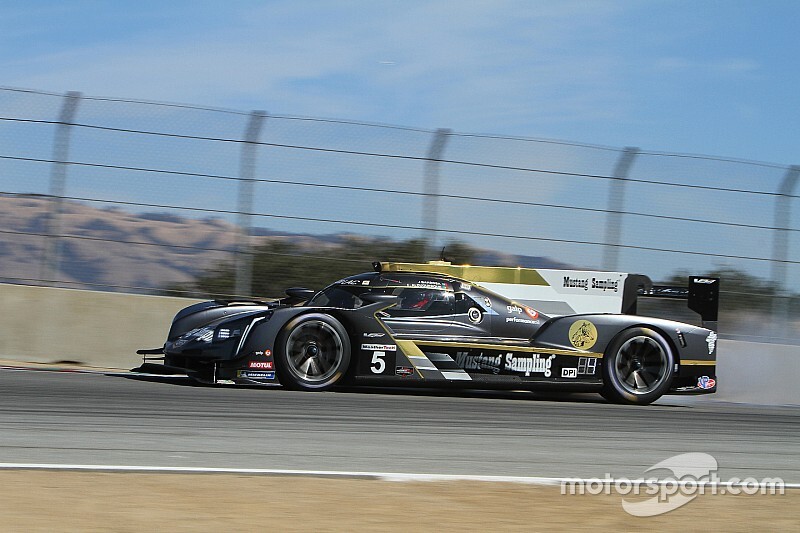 Sebastien Bourdais, who has lost his IndyCar ride with Dale Coyne Racing, will race the #5 Mustang Sampling Cadillac DPi-V.R with Joao Barbosa for JDC-Miller Motorsport in next year’s IMSA WeatherTech SportsCar Championship.

With Action Express Racing cutting down to just one car in 2020, both the Mustang Sampling backing and two-time IMSA champion Joao Barbosa became available to Minnesota-based JDC-Miller Motorsport, and the team and sponsor partner today announced a two-year agreement.

They also confirmed their full-season drivers will be Barbosa and Bourdais.

Mustang Sampling Racing has enjoyed enormous success in IMSA, having won the WeatherTech SportsCar teams' and drivers' championships in 2015, the Michelin Endurance Cup in 2015, 2016, and 2017, and the Rolex 24 at Daytona in 2018, all in partnership with AXR.

John Church, managing partner of JDC-Miller stated: “We are honored to have Mustang Sampling joining us and grateful for the confidence Brenda and Ken Thompson have placed in our team and organization. Mustang Sampling Racing has achieved a tremendous amount in the IMSA WeatherTech Sportscar Championship.

“We look forward to carrying on the legacy of the No. 5 Mustang Sampling Racing entry and hope to add more wins and championships in the near future."

Mustang Sampling president Ken Thompson said: "Our first five years in IMSA with Action Express, Corvette, and Cadillac were great. Learning the sport and becoming a part of the IMSA family promoting sports car racing for all the great fans was fantastic and we are very thankful to all who guided us along the way. We had much success, enjoyed many wins and Championships during that time.

“Now with our partnership with JDC-Miller MotorSports we are confident this amazing run will continue and provide many future wins and Championships. Since joining the IMSA WeatherTech Sportscar Championship in 2014 JDC-Miller MotorSports has shown incredible growth and success in every category they have competed. We feel as a group we can be successful, both on and off the track, as we work together to develop new opportunities for Mustang Sampling and our fans.

“We are also extremely proud that along with this new venture we have added Christian Fittipaldi as an advisor and core part of the team, helping to ensure this continued success. We can't wait to see the No. 5 Mustang Sampling Racing Cadillac DPi-V.R back on track at Daytona in just a few months.”

Said Barbosa: “I'm incredibly excited to join JDC-Miller MotorSports and to continue my relationship with Mustang Sampling Racing! Ken and Brenda have been incredible supporters. The passion they bring to the races is key to the success of Mustang Sampling. We had a lot of success together and we'll be working hard to continue that success. I'm looking forward to 2020.

“It was a different off-season for me for sure but we have been working on this project for some time and I'm really happy with how things turned out. JDC-Miller MotorSports has proven that it is ready for a strong season and I'm looking forward to the challenge!

“It's going to take a little bit of time to get to know everyone and how they work but so far they have been really nice and are also as excited about the program as I am. Since I first talked with John I felt that we were on the same page and things just clicked.

“I'm also very happy to share the car with Sebastien again. I was sad to hear that his IndyCar deal did not continue, but on the other hand, I couldn't really ask for a better teammate. We won Sebring and Daytona together and I feel we can achieve great results again!”

Bourdais, left without an IMSA ride since the shutdown of the Ford GT program, and now lacking a confirmed IndyCar opportunity, said: “Following two very difficult weeks filled with uncertainty regarding my future, I am thrilled to get the opportunity to race a prototype again, be reunited with Joao, Ken and Brenda, and drive for JDC-Miller MotorSports and Mustang Sampling Racing.

“I want to thank Christian and everyone who made this possible. 2020 can't come soon enough and I can't wait to get behind the wheel of our Cadillac DPi-V.R."

The team also confirmed 24 Hours of Le Mans winner Loic Duval will complete the line-up for the four endurance rounds and that it still aims to enter a second Cadillac for the full season, with details coming “very soon.”