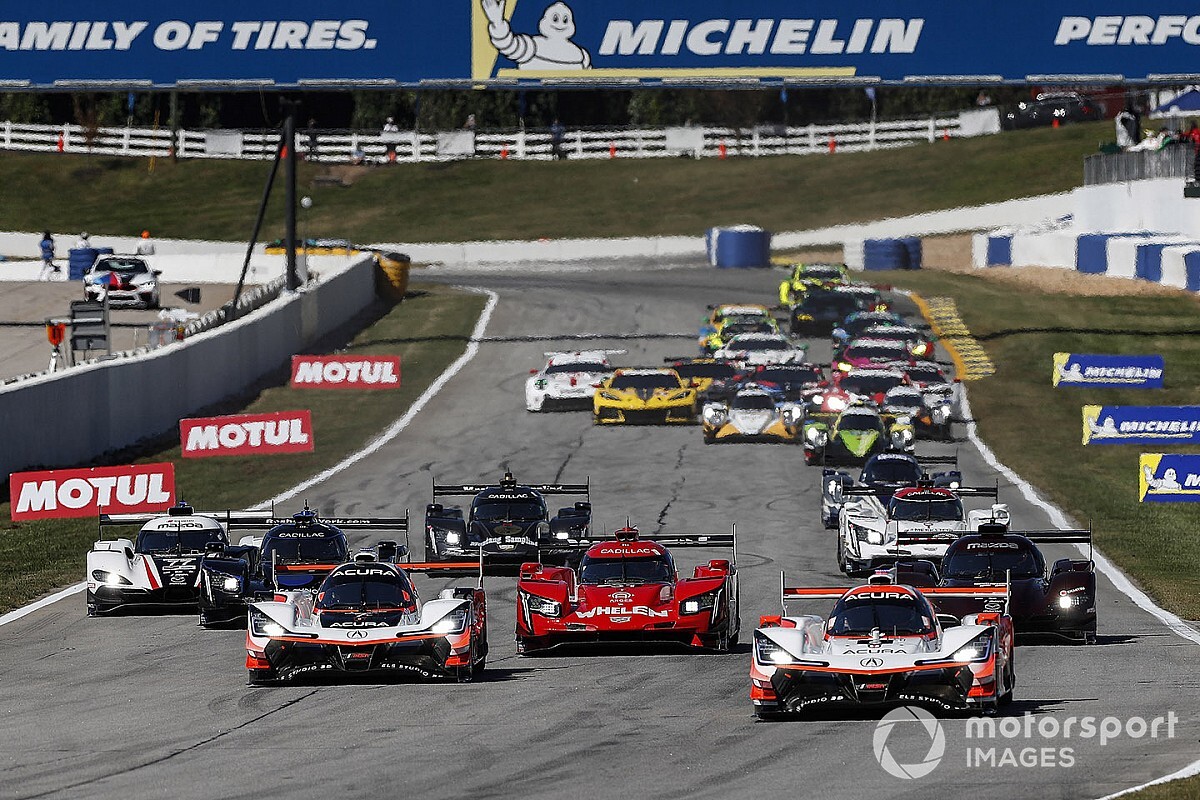 Acura Team Penske’s Dane Cameron led the race from teammate Ricky Taylor at the start with Action Express Racing’s Felipe Nasr third in the Cadillac DPi-V.R chased by the Mazda RT24-Ps of Harry Tincknell and Tristan Nunez, and the Wayne Taylor Racing of Ryan Briscoe.

The 10-hour race was initiated by Don Panoz in 1998, and has featured some breathtaking action in recent years, especially given there are four classes, the fastest of which – the DPi Prototypes – are capable of lapping the beautiful undulating 2.54-mile course in under 70sec.

Of the teams starting today’s race, only one – Wayne Taylor Racing – has won it twice, in 2014 with the Chevrolet Corvette DP and ’18 with the car it still uses today, the Cadillac DPi-V.R. Full-timers Ryan Briscoe and Renger van der Zande are joined this weekend by five-time (soon to be six-time) IndyCar champion Scott Dixon, with whom they won January’s Rolex 24 Hours.

The similar car of Action Express Racing won last year’s race with Felipe Nasr, Pipo Derani and Eric Curran at the wheel. This year the #31 Whelen Engineering car started from third on the grid but with Filipe Albuquerque replacing the retired Curran.

It was the Acura ARX-05s that locked out the front-row – reigning champion Dane Cameron took pole in the #6 car he shares full-time with Juan Pablo Montoya, and on this occasion with one of Penske’s current IndyCar ace Simon Pagenaud. Alongside them is their Acura Team Penske teammates, Ricky Taylor and Helio Castroneves joined by one of Honda’s favorites, Alexander Rossi of Andretti Autosport IndyCar fame.

The GT Le Mans competition is between six cars, with the mid-engined Corvette C8.R of Antonio Garcia, Jordan Taylor and Nicky Catsburg – which has won five races this year – starting from pole ahead of the two BMW M8s and two Porsche 911 RSRs.

With the GTD field also containing Audi R8, Porsche 911 GT3 R, Aston Martin Vantage and Mercedes-Benz AMG GT3 entries, there are a total of 31 cars in the race.

IMSA Laguna Seca: Mazda moves to the top in FP2

IMSA Laguna Seca: Mazda moves to the top in FP2