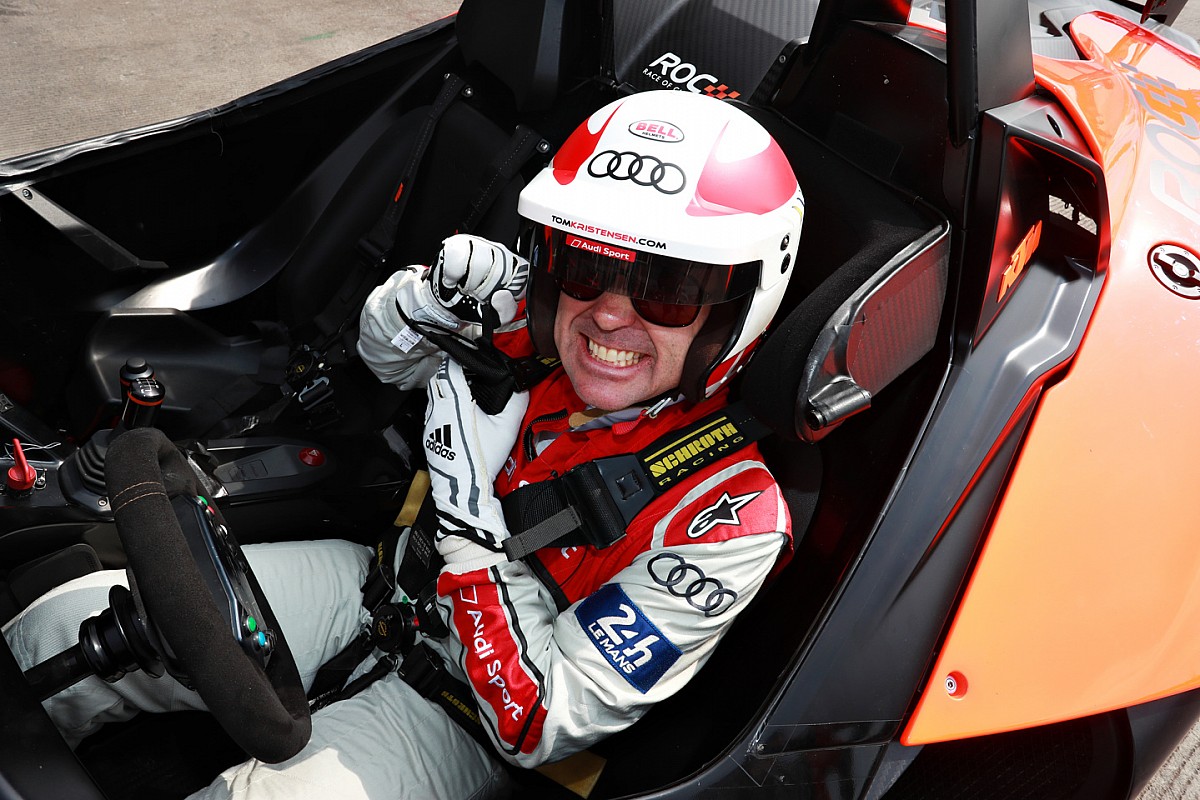 Team Germany had been aiming for a ninth ROC title, but the event’s joint-most experienced driver Kristensen beat rookie Schumacher in KTM X-Bows to win by a combined 0.8 seconds.

Vettel lost in his final against nine-time Le Mans 24 Hours winner Kristensen after clipping the advertising barriers at the final corner and getting one of the banners wrapped around the front-left wheel of his RX Superlite car.

But Schumacher put Germany back into contention, beating double World Rallycross champion Johan Kristoffersson two-nil in the Mexican-built Vuhl 05 track day cars. It was the only time Kristoffersson lost a race all day.

It followed Schumacher’s most impressive drive of the day. With his sister on board the RX Superlite, he knocked out Team Brazil’s three-time Indianapolis 500 winner Helio Castroneves by 0.65s.

That put Germany through to the final at the first time of trying, after Vettel defeated Lucas di Grassi in ROC buggies, after di Grassi tapped a barrier at the final corner to lose by a second.

Although Coulthard was handed a time penalty for twice knocking the barriers in the 600bhp Stadium Super Trucks, Kristensen prematurely gave up on his loop after spinning, allowing Coulthard to win by default.

After a pause for track repairs, three-time World Touring Car champion Priaulx lost both of his races. Too big a slide against Kristoffersson in the KTMs cost him victory, and then he too spun the Stadium Super Truck to lose to former IndyCar champion Ryan Hunter-Reay.

Despite a valiant effort to beat Kristoffersson at his own discipline, O’Ward was just 0.09s shy of winning the RX battle. Meanwhile, an impressive second loop from Kristensen overturned Gutierrez’s early lead to end Mexico’s hopes.

It was a competition to forget for both the Esports and French teams. Despite Pierre Gasly’s struggle to get Red Bull to agree to his appearance, he and teammate Loic Duval were casualties of the first round.